Cookery, Household Management, and the Notion of Expertise

As items such as chocolate, coffee, and tea became more widely available in the seventeenth century, books appeared that explained exactly how to consume these imports. One such example is The Manner of Making Coffee, Tea and Chocolate (1685) or the French work Traitez Nouveaux et Curieux du Café. The latter piece includes illustrated depictions of exotic others consuming these beverages, while both guides explain to the English or European reader how to enjoy these luxury goods.

Guides also were devoted to expensive or specialty tastes, such as these two examples of works dedicated to the preparation and consumption of oysters. Still other books take the opposite approach, promoting health foods and recipes, in direct contrast to the many books promoting the enjoyment of unhealthy but delicious foods.

Finally, this case includes two examples of books written to address very specific culinary needs, such as cooking for times of famine or food scarcity. La Cuisine des Pauvres, for instance, provides instructions and recipes explaining ways to make flour for bread from non-wheat sources in the case of a bad or ruined crop. It appears to be aimed at either landowners responsible for tenants, or those working in religious orders involved in charity work. Similarly, Essay on Bread explains how to determine that one's bread was unadulterated and had not been made with additions that may prove lethal, such as lye, or sickening, such as saw dust. 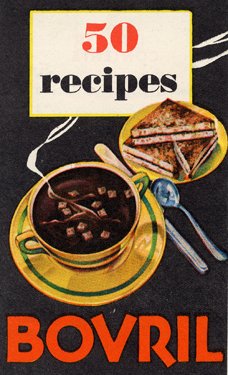