Collections & Exhibits > Exhibits > From Sausage to Hot Dog: the Evolution of an Icon > Butchers > Sausage Recipes

Before the rise of supermarkets, butcher shops could be found in almost every city neighborhood. Though the butchers cut meat and made sausages on site, they were part of the great meat supply chain. Companies such as B. Heller and Co. produced a large number of products for both local butchers and the large industrial companies. B. Heller and Co and other meat supply companies produced recipes to go with their products. Heller’s was one of the most popular and went through serial editions. One of the first gave recipes in both English and German in an era when German butchers were common throughout Chicago. 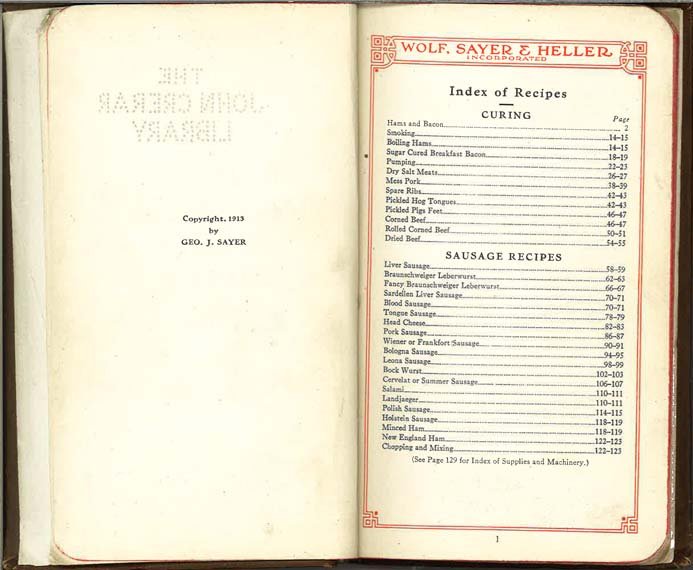