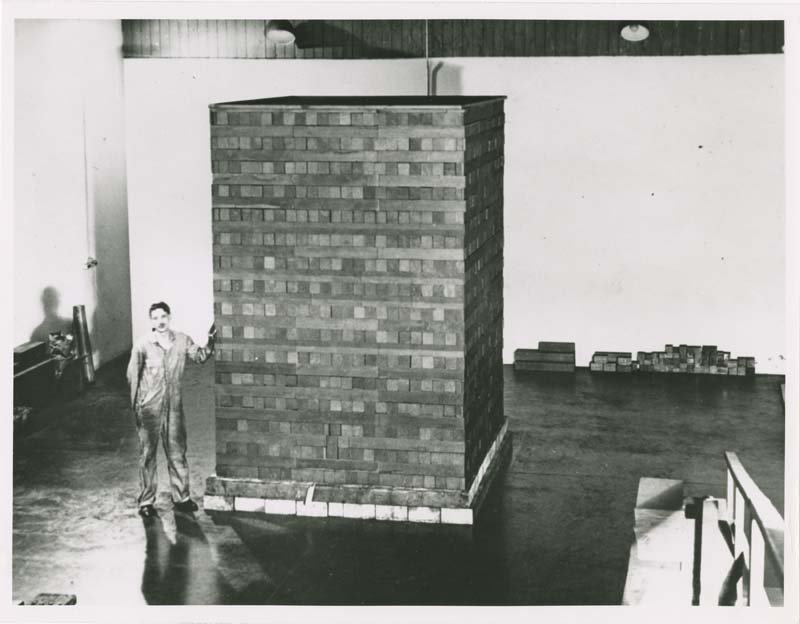 As World War II came to a close, scientists and administrators associated with the Metallurgical Laboratory received certificates of appreciation for their service to the nation. Some like Enrico Fermi and University of Chicago President Robert Hutchins were acknowledged in formal ceremonies. Other Met Lab workers employed within the U.S. Army’s Manhattan Engineer District, the official name of the Manhattan Project, were presented a smaller but no less distinctive award: an A-Bomb pin, bronze for those serving less than a year, silver for those with more than a year’s service. 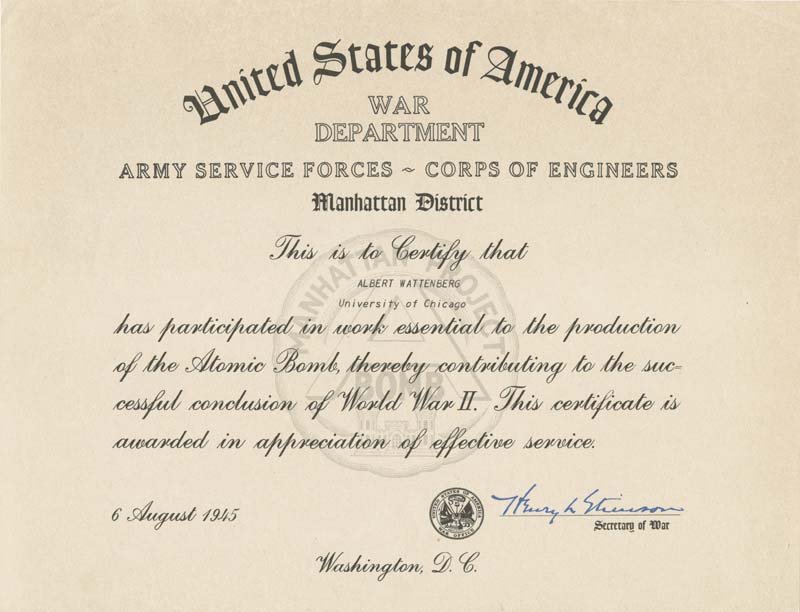 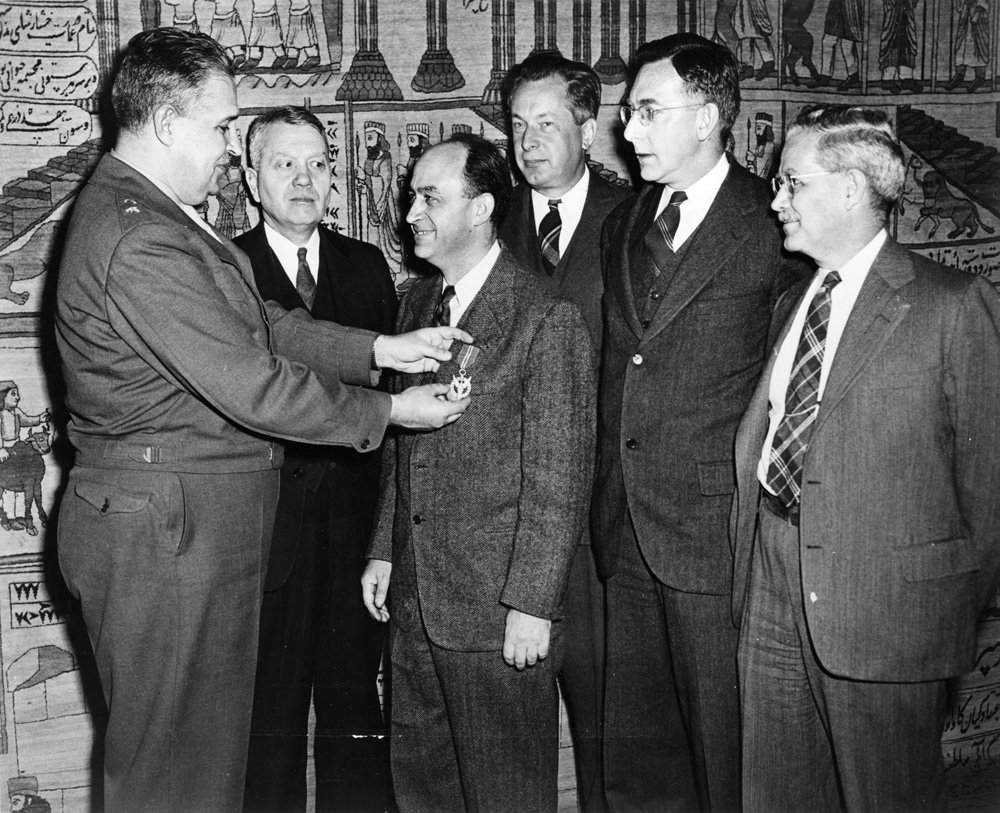 Major General Leslie R. Grooves, director of the Manhattan District, pins a Medal of Merit on physicist Enrico Fermi for his contribution to the success of the Atomic Bomb Project. They are pictured at the University of Chicago with other scientists who also received the award. From left: Major Groves, Harold C. Urey, the Martin A. Ryerson distinguished professor of Chemistry, Dr. Fermi, Samuel K. Allison, director of the university's Institute for Nuclear Studies, Cyril S. Smith, director of the university’s Institute for the Study of Metals, and Robert S. Stone of the University of California Hospitals. 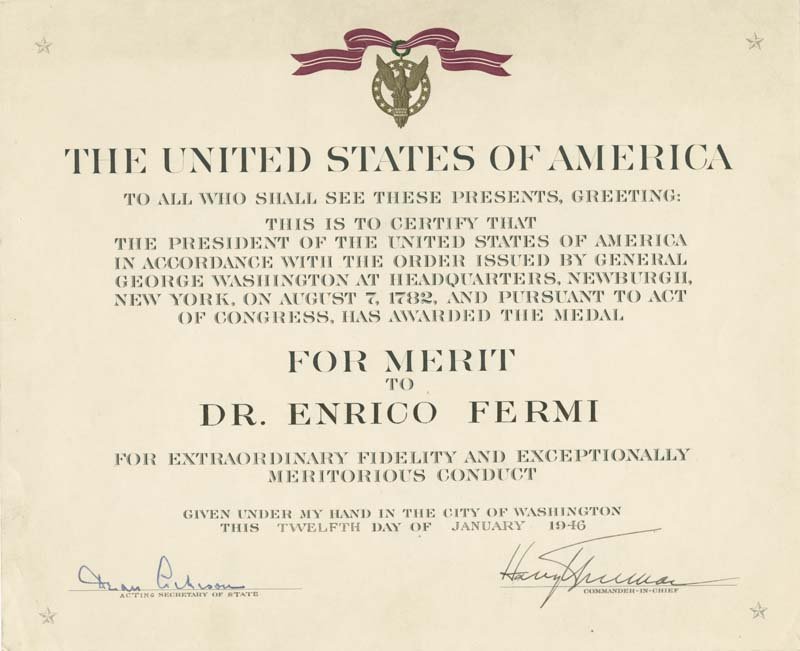 Enrico Fermi, Certificate for award of Medal of Merit, January 12, 1946 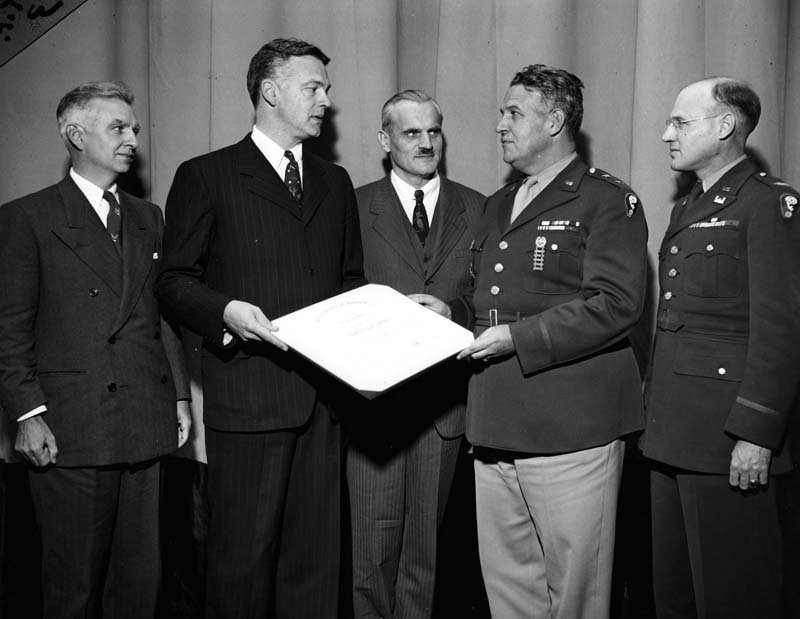