Charles R. Crane orchestrated donations to the MBL from Rockefeller, the Rockefeller Foundation, and the Carnegie Institution in 1923 that established an endowment for the MBL and enabled the construction of new buildings and a library. Crane himself provided continuing gifts to the Laboratory of $20,000 a year, and paid for the construction of Crane Laboratory in 1914, the first permanent building at the MBL. 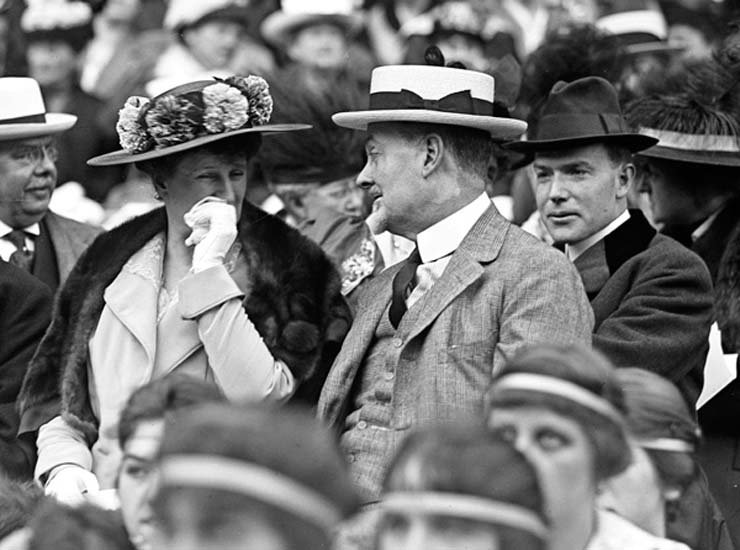 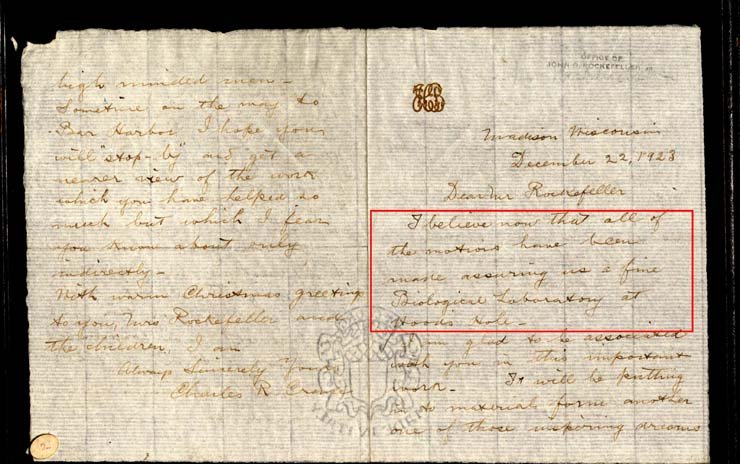 A note from Charles Crane to John D. Rockefeller, Jr. celebrating their success in raising funds for the endowment and expansion of the MBL. Crane writes: “I believe now that all of the motions have been made assuring us a fine Biological Laboratory at Wood’s Hole.”

The MBL endowment was announced in a press release at the University of Chicago. 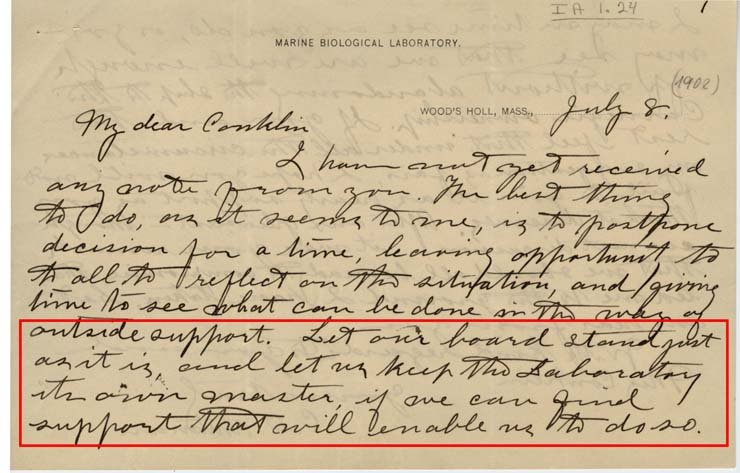 A handwritten note from Whitman to Conklin indicating his extreme displeasure at the Carnegie agreement.

After the agreement to affiliate with the Carnegie Institution, Whitman expressed his extreme displeasure and fears in a handwritten note to Edwin Conklin, a Princeton embryologist and longstanding colleague of Whitman’s at the MBL. Whitman writes: “Let our board stand just as it is, and let us keep the Laboratory as its own master, if we can find the support that will enable us to do so.”