Following the success of a temporary marine station in Annisquam, Massachusetts north of Boston, a group of prominent New England academics and other citizens published this proposal to establish a more permanent laboratory “at some point on the New England coast.” The Annisquam station was already the descendant of an even more transient effort carried out by Louis Agassiz, founder of the Harvard Museum of Comparative Zoology, on Penikese Island off the coast of Cape Cod in 1873. While the goal of the Annisquam station was primarily the practical education of teachers in zoology and botany, the new laboratory was to emphasize biological research as well as education. With the financial support of these individuals and others, the MBL was eventually founded in Woods Hole, Massachusetts in 1888, near the original Penikese Island site, with Charles Otis Whitman selected to be the first director. 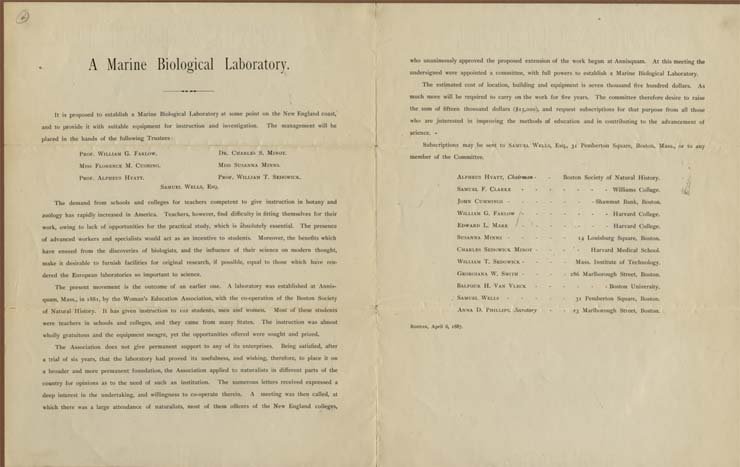 Founding Announcement and Solicitation for the MBL


The MBL History Project.  Arizona State University and the MBL 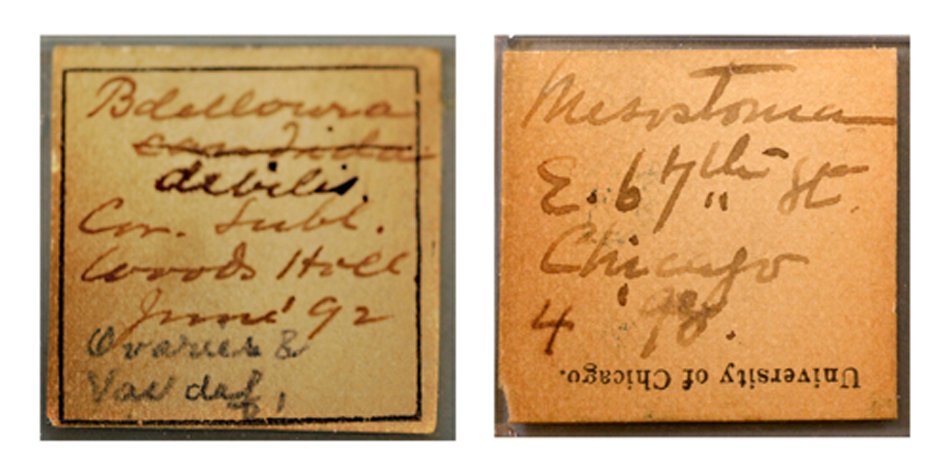