After a courtship lasting more than a century, the MBL and University of Chicago formally affiliated in June 2013. To exploit this relationship, the two institutions hope to build new, year-round research and educational opportunities for students and faculty at the University, while retaining the MBL’s historical role as a convener of scientists of all stripes from around the world, a magical site of inspiration and interaction. 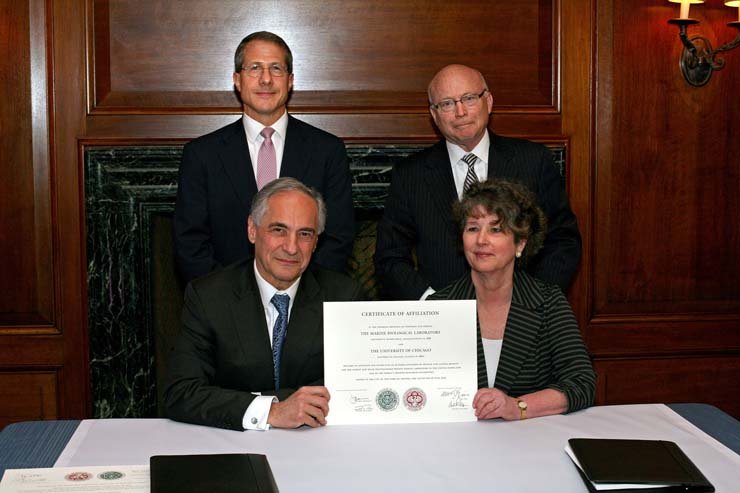 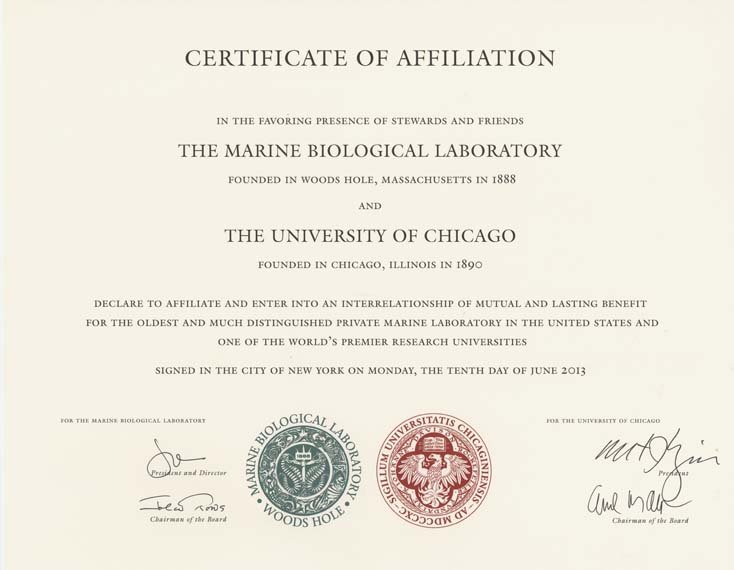 
Document certifying the reaffiliation of the two institutions.