Collections & Exhibits > Exhibits > Shared Past, Shared Future: The Marine Biological Laboratory and the University of Chicago > Whitman's Letter to Harper

Sometime soon after Charles Whitman assumed his position at the University of Chicago, he presented President Harper with his vision of how the biological sciences should be developed at the University of Chicago. Because of Whitman’s broad experience in Europe and elsewhere, and his powerful positions as head of biology at the new, ambitious university and as director of the MBL, his perspective had the potential to shape biological research in the United States for at least the next generation. Two areas he highlights are particularly notable, “Cellular Biology” and “Experimental Biology.” Although the date of the letter is uncertain, at the time this was written, biology was just emerging from a period characterized primarily by morphological observations not experiments, and few would have thought of the many ongoing cytological investigations as reflecting an actual biology of the cell. 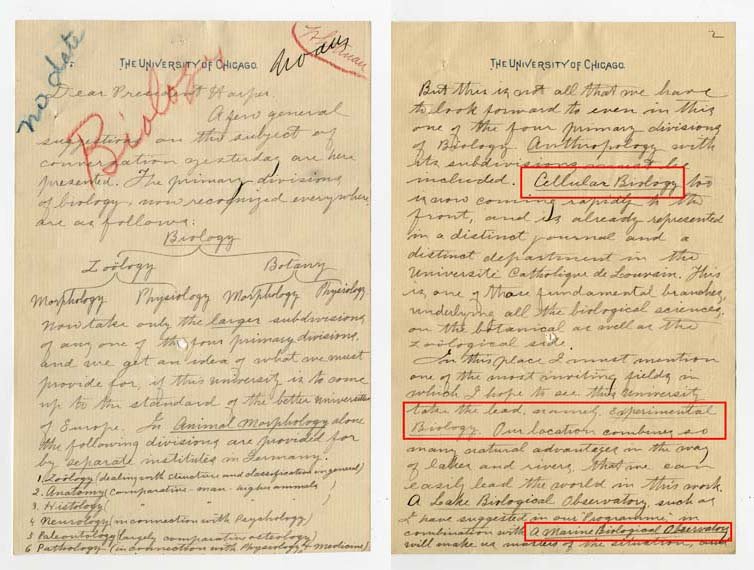