While the organic (carbon-based, largely derived from plant components of barley and hops) components of beer are the primary source of flavor and body in the final product, inorganic (e.g., minerals and salts) components also play a role. The water in beer represents at least 90% by volume in the final product.   Sulfur and iron in the water can ruin the beer, while calcium is an important yeast nutrient. While ancient brewers relied on natural mineral sources in spring water, modern brewers carefully adjust the inorganic content of their water. 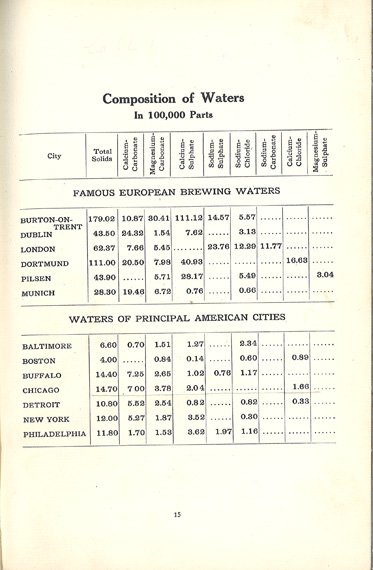