The Industrial Revolution transformed the brewing industry in the United States. Brewers embraced new discoveries in science related to brewing, as well as adapting production and automation technologies to malting, brewing and packaging their product. Advances in enzymology, bacteriology, plant genetics and breeding, and in more recent times, yeast genetics and biotechnology have changed brewing practices. Energy production technologies like steam engines were readily adopted during the nineteenth century. Brewers have made use of the most modern analytical instruments and processes available, either through onsite laboratories or by using outside consulting laboratories. The largest breweries usually have active research and development facilities. 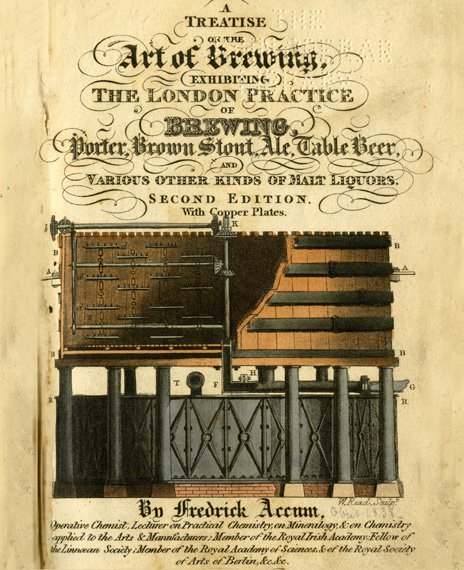 A Treatise on the Art of Brewing Exhibiting the London. Practice of Brewing Porter, Brown Stout, Ale, Table Beer, and various Other Kinds of Malt Liquors