Once reliable pasteurization processes were developed, brewers were able to begin bottling and canning beer for distribution directly to the consumer. Prior to the development of bottled and canned beers, beer was distributed to saloons in kegs for sale and served as individual glasses of draft beer. Shown here is a page from one of the earliest patents for a metal bottle cap. This cap was invented by William Painter and originally had 24 teeth and a cork seal with a paper backing to prevent contact between the contents and the metal cap. 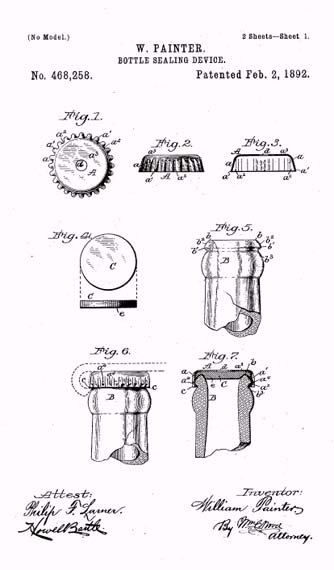