While barley was the most common source of soluble starches and fermentable sugars for brewing beer in Europe, enterprising brewers, housewives, and husbandmen throughout history have tried lots of other raw materials. Recipes for brewed beverages have included ingredients like beans, oatmeal, honey, molasses, rye, wheat, old bread, and even non-vegetable substances like whole chickens ("cock ale"). Similarly, hops are not the only flavoring agent found in recipes. Spruce gum, ginger, and other spices appear in some sources. Shown here are some particularly unusual recipes, using maple syrup, nettles, and dandelions. 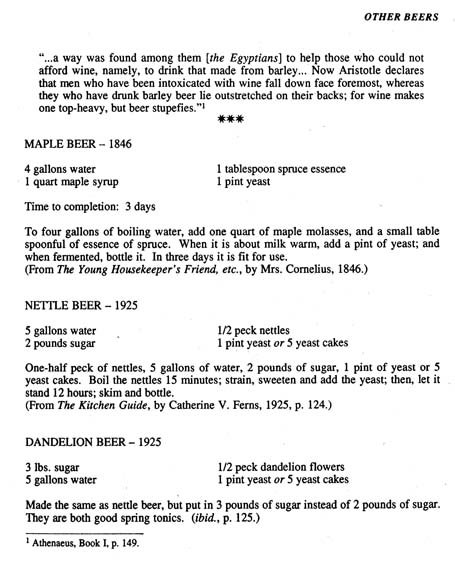