Brewed beverages have been made from nearly every available plant that contains convertible starches or fermentable sugars. The preparation and consumption of brewed beverages were often accompanied by ritual and ceremonies. The aboriginal peoples of the Amazon created a type of beer using the yucca plant as depicted here in a Theodor de Bry woodcut. 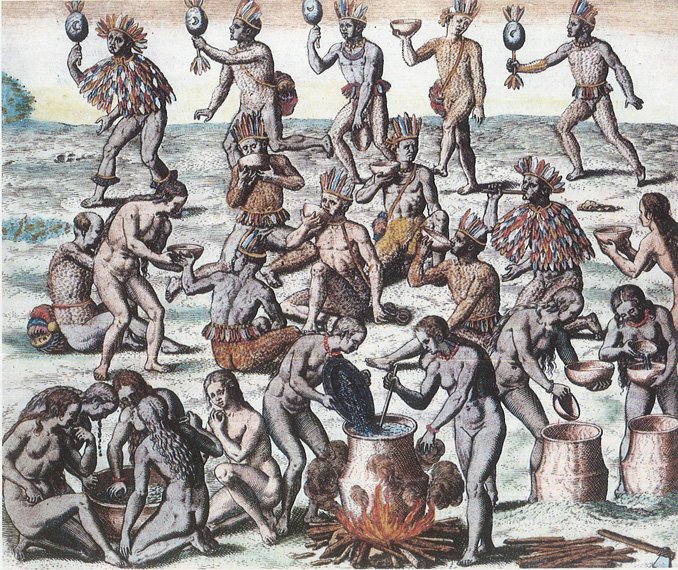