Aleksandr Deineka is one of the artists who complicate the still prevalent practice of dividing the history of Soviet art into a binary opposition between an avant-garde and kitsch “Socialist Realism.”

Born in 1899 in Kursk, Deineka studied at the Kharkov Art College and participated in the defense of Kursk by the Red Army during the civil war following the 1917 revolution. In 1920 he left for Moscow to study in Vkhutemas, the state-sponsored “Higher Artistic-Technical Workshops,” but rather than following that school’s experimental path of the artistic “left” or avant-garde (the faculty there included at various points artists such as Kazimir Malevich, Liubov’ Popova, and Aleksandr Rodchenko), Deineka preferred a more conservative aesthetic. After breaking with Vkhutemas, in 1925 he co-founded the OST, the “Society of Easel Painters,” a group that advocated for the continued relevance of figurative painting to revolutionary art. Deineka though did not hide the continuing influence of modernism’s vocabulary on his work, especially in earlier canvases such as Building New Factories (not pictured). Here, the influence of the visual language of photomontage, developed by avant-garde artists such as Gustav Klutsis, is plainly evident, though it is softened through the use of the traditional medium of painting. Deineka’s desire to both paint figurative scenes while simultaneously demonstrating fluency with a modernist aesthetic also informed his children’s book illustration work.

The drive towards modernization demanded by Lenin in his project to electrify the Soviet Union is the subject of Nikolai Aseev’s Kuter’ma, Zimniaia skazka (Frenzy: A Winter Fairy-Tale).  The black and white illustrations by Deineka evoke both the frozen city in winter and the photographic negative, ready to be both warmed and “developed” by the flow of electricity. V oblakakh (In the Clouds), written as well as illustrated by Deineka, provides children with images of the kinds of aerial technology and physical or martial prowess which they might aspire to develop. In this illustration, a sea plane flies in the foreground of an urban landscape, while the lithe bodies of rowers exert themselves on the sea below. Throughout his career Deineka would return to the athletic body as a subject for his art.

For Deineka, children’s books were texts for a generation born into revolutionary modernity. As such they provided a site for the deployment of an aesthetic that Christina Kiaer identifies as that of the “dream image of socialism,”[1] wherein the desire to figure and represent utopia stands in tension with the fundamental unknowability of that hoped-for future. In an illustration for Boris Ural'skii’s Elektromonter (The Electrician), two workers stand on an electrical tower. Deineka renders this tower as a sort of grid – a modernist strategy par excellence – without larger visual context: we have no idea where this tower is or even its how it might be supported and connected to the ground. Deineka also uses abstraction through the grid to render a factory in Vstretim 3-i! (We Will Meet the Third Year!).  The title refers to the accelerated completion of the First Five-Year Plan.  In The Electrician, the bodies of the workers themselves are not placed in a purely logical physical relationship to this play of line comprising the tower. Likewise, the power cables are rendered as mere line; their orthogonal expression has no clear relationship to the tower to which they ostensibly connect, and their existence as functional entities is subordinated to the general feeling of dynamism evoked by the promise of electrical power. This kind of playful, abstracting tendency in the midst of a non-abstract scene can also be found in one of Deineka’s illustration for Parad krasnoi armii (The Parade of the Red Army). Here Deineka’s depiction of the road’s surface transforms from individual marks of color on the left towards a regular, grid-like pattern on the right (this can most clearly be seen looking at the passage below the feet of the veteran marching in front of the tank). Thus these illustrations, while clearly providing representations of workers on power lines and soldiers on parade, eschew the solid literalism and repurposed nineteenth-century styles that would characterize much of later Socialist Realism, including some of Deineka’s own later work. 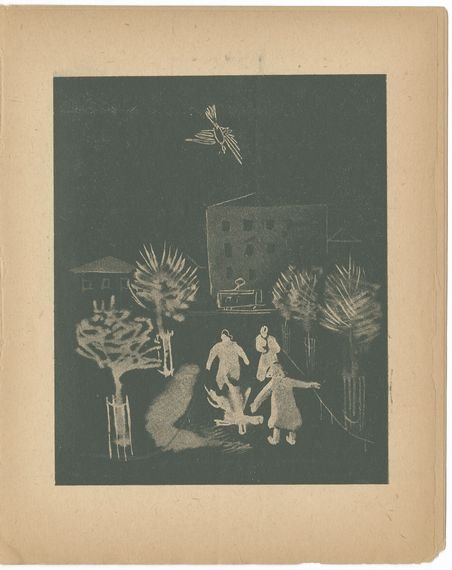 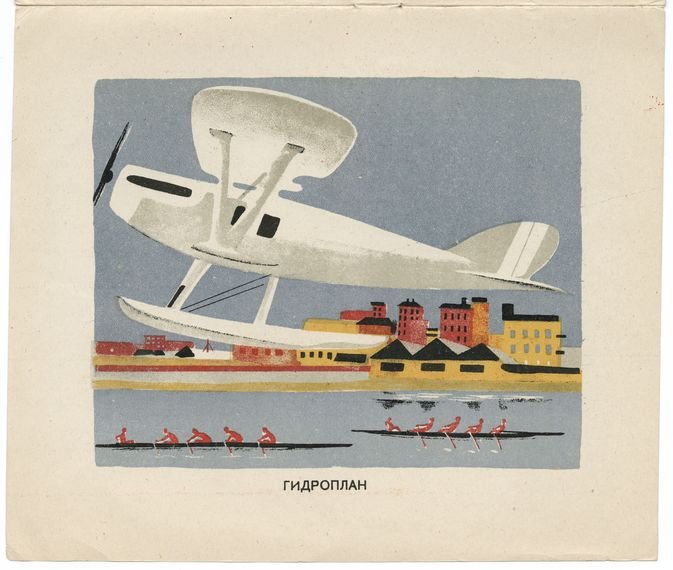 V oblakakh (In the Clouds) 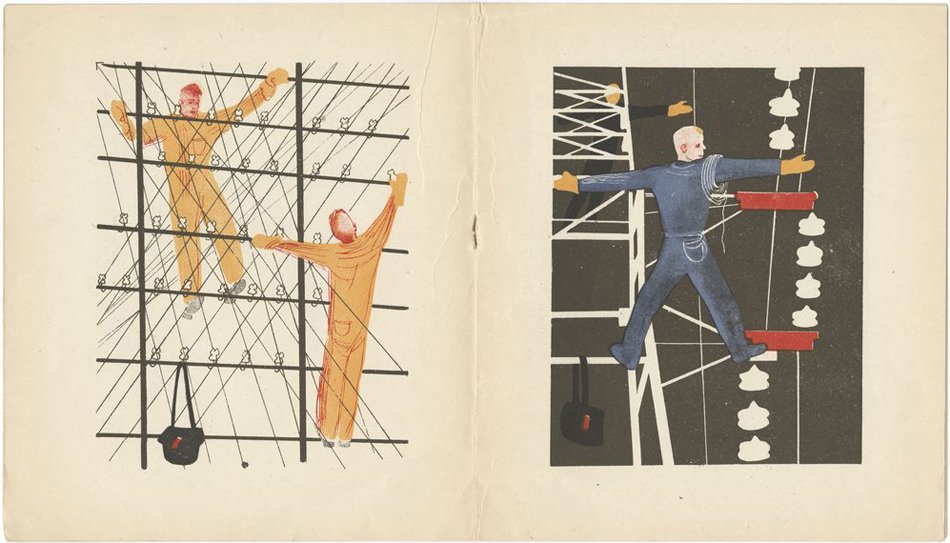 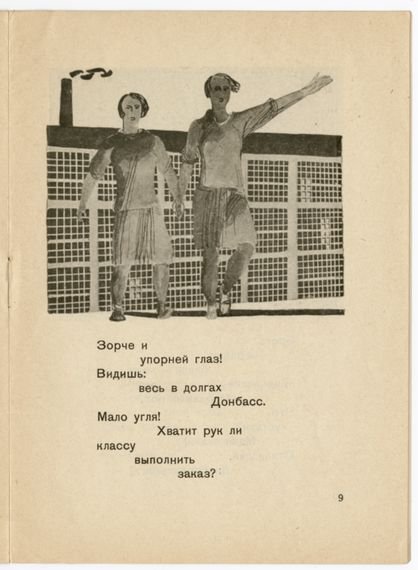 Vstretim 3-i! (We Will Meet the Third Year!) 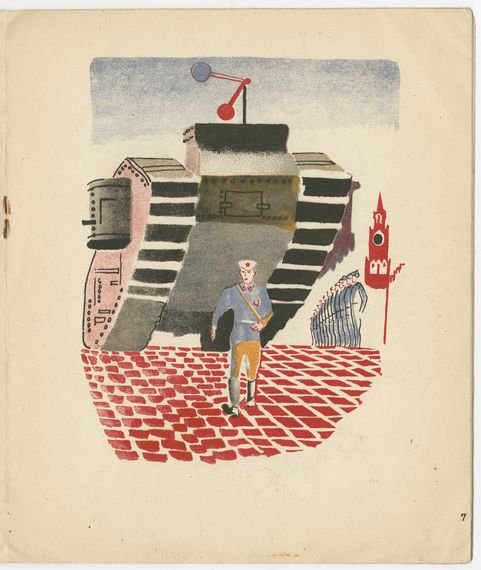 Parad Krasnoi Armii (The Parade of the Red Army)