Dem’ian Bednyi (pseudonym of Efim Aleksandrovich Pridvorov, 1883-1945) was the most prominent satirical poet in the Soviet Union from its inception right up to his death in 1945. Though he began publishing his poetry long before 1917, he made his name during the Civil War, when he wrote violently pro-Bolshevik and virulently anti-religious poems, often in small pamphlets that were often illustrated. The pamphlet Krasnyi kazak (The Red Cossack) was illustrated by Aspit (spelled here Aspid), with whom Bednyi also collaborated on posters. Throughout the 1920s and 1930s he published his work constantly in Pravda and other newspapers, republishing the poems in collections like Tserkovnyi durman (Church Toxin); the frontispiece shows that Bednyi treated all religions with equal scorn. During World War II Bednyi contributed texts to dozens of TASS Windows (a series of propaganda poster inspired by Vladimir Mayakovsky’s ROSTA posters of the Civil War period), some with images by leading caricaturist Kukryniksy, who in 1935 illustrated a collection of Bednyi’s fables.

Viktor Nikolaevich Deni (pseudonym of Viktor Nikolaevich Denisov, 1893-1946) was the closest analogue to Bednyi in Soviet graphic art. He rose to prominence in the Civil War era with such posters as “Comrade Lenin Cleanses the Earth of Scum,” in which Lenin is shown astride the globe, sweeping monarchs, priests and capitalists aside with a broom. Deni also worked with Mayakovsky on the ROSTA Windows. Like Bednyi, during World War II Deni contributed to the TASS Windows.

“Here he is, with greased-down hair, all 'cultured à la Europe,'
In unbridled baseness, in naked treachery,
The SD bug has slavishly lowered his dirty flag
Before the Fascist boot.”

Two years later Bednyi and Deni teamed up again to extol the virtues of the international Left, known by its German moniker Rot Front:

“Rot Front!” is the workers’ universal battle cry,
A threat to the whole band of bankers and stockbrokers.
The brokers have nary a day of peace,
Constantly faced with this.
They would attack us, but they’re afraid:
What an insult they’d get! Thunder strikes in our response:
“Hail the worldwide ROT FRONT!”
And no cannon or tanks will save the bankers then.
Their exchanges and banks will never withstand
The charge of the Rot-Fronters!
And the stockbrokers’ remains will fly
To the garbage heap!

It is likely that Bednyi and Deni’s posters were commissioned by government agencies to enunciate and publicize official policy. As such, though the striking imagery is capable of inspiring a strong affective response, the posters are more effective as propaganda that is intended to persuade than as agitation that is intended to spur action. In some respects, Bednyi’s and Deni’s works appear to be less components of social enlightenment than extensions of the security apparatus that enforced ideological conformity. 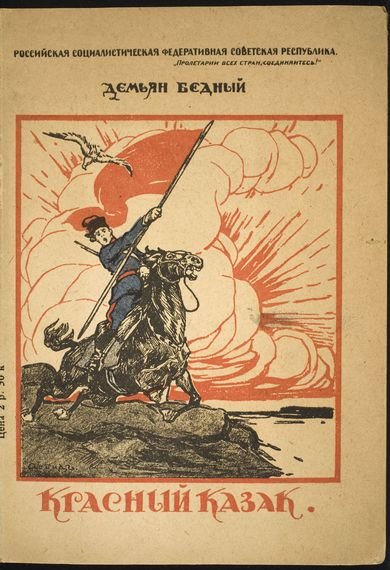 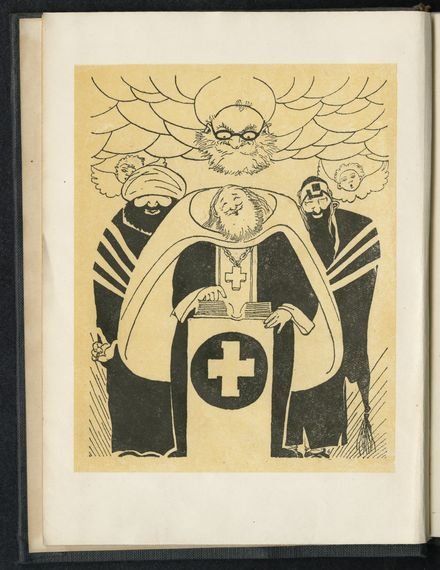 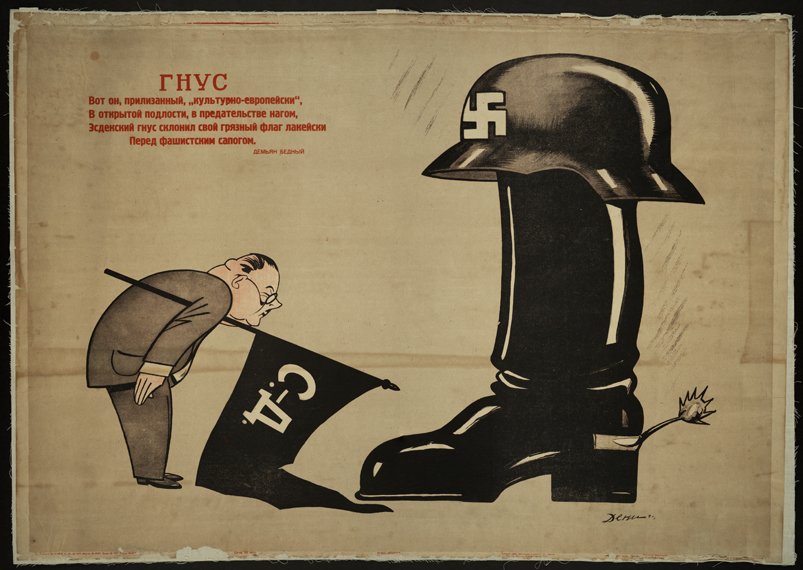 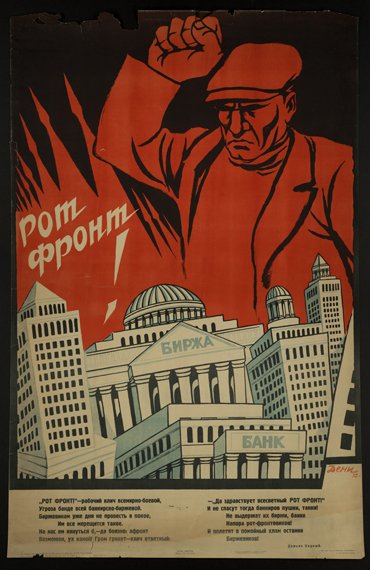 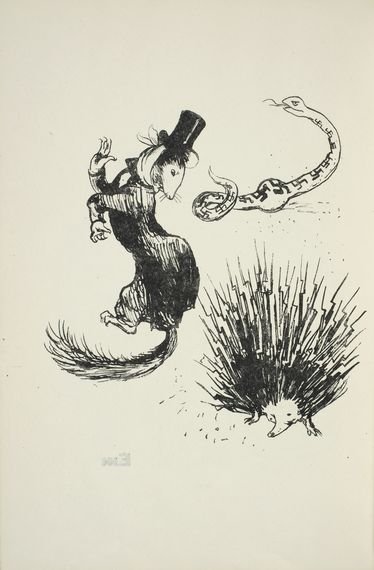