Samuil Marshak (1887-1964), the most prolific and popular children’s writer in the USSR, was the elder brother of Il’ia Marshak (1896-1953), who under the pseudonym Mikhail Il’in specialized in presenting complex scientific topics to a young audience. Continuing the venerable tradition of Camille Flammarion, Jules Verne and H.G. Wells, Il’in elided the distinction between science and science fiction by treating nature and technology as matters not only of study, but also of wonder. Il’in’s vivid images of science and technology became increasingly important after the beginning of the First Five-Year Plan in 1931, which rested in part on the assumption that the natural environment could be made more hospitable. One of the most controversial examples was the alternative genetics of Trofim Lysenko, who (as Il’in wrote in 1936) “makes plants live and develop faster.”[1] Each in his own way, the Marshak brothers devoted many of their works of the 1930s and 1940s to representing the miracles wrought by humanity towards the creation of a new nature.

According to Marshak and Il’in, the very act of creating an image of the desired future contributes to its realization, and is therefore a productive act. In his speech on children’s literature at the inaugural Congress of the Union of Soviet Writers in 1934, Marshak referred to Il’in’s first book Rasskaz o velikom plane (The Story of the GreatPlan) as proof of his claim that, “in essence, there is no rupture between our instructional and fictional literature. Both are oriented to the reader’s imagination.”[2] In a memoir about his younger brother Marshak elaborated on how Il’in’s book made the Five-Year Plan into an image:

“There exist books with numbers and books with pictures.
The other day there appeared a huge book 1680 pages
in lengnth where each number hides a picture, or
more precisely, and image of what will be built
in our country during the next five years.
One number is locomotives; another, steamships;
a third, tractors and cars,  etc.

“And behind all these numbers, one can clearly see
a multitude of future factories, manufactures,
collective farms, electric power stations (entire
complexes of power stations), new railways and
highways, new canals, lakes, a new country." [3]

Reviewing the thousands of letters sent by children in response to Maxim Gorky’s request for feedback on children’s literature, Samuil Marshak noted: “Children ask [Il’in] to write the same way about the Second Five-Year Plan as he did about the First; however many of them, in their own words, looked with mistrust at the industrial cover of the first edition before deciding to take up the book.” Perhaps for this reason the cover of the third edition of Rasskaz o velikom plane, designed by the same artist (M. Razulevich), bears a more dynamic and heroic illustration. [5]

War with the Dnieper

One of the new phenomena that Il’in helped to popularize was the Dnieper Hydroelectric Station, which was also the subject of one of Marshak’s most famous children’s books, Voina s Dneprom (The War with the Dnieper):

Man said to the Dnieper:
I shall block you with a wall

So that
Falling
From the heights
The conquered
Water
Will Quickly
Move
Machines
And push
Trains. […]
So that
The plough
Is moved
Along the black soil
By electricity.
So that
It is light
On the street
And in homes
In the evening.

Marshak’s language and imagery clearly reveals the influence of avant-garde poetry, most notably Vladimir Mayakovsky. In particular one notes a constant telescoping of scale: a single individual is capable of blocking up an entire river, while the river’s force is harnessed for a single plough in a field.

Most of Marshak’s books (frequently with illustrations by Vladimir Lebedev, who had worked closely with Vladimir Mayakovsky in the early 1920s) support the plan less directly and less combatively by depicting the networks of production, distribution, and communication that made it possible to represent the country as a single, integral design. Machty i kryl’ia (Masts and Wings) and Kolesa (Wheels) celebrate modern transportation. Pochta (The Post, 1937), in which the children’s writer Boris Zhitkov is the main character, describes the world wide communications network that allows us to imagine a global future. As shown vividly by Marshak’s Raznotsvetnaia kniga (Multicolored Book), there was no ideologically neutral space in the rich and vibrant world of the Soviet imagination. By the same token, though, there was also no single idea, initiative, or policy that was not capable of being represented in vivid and exuberant images. 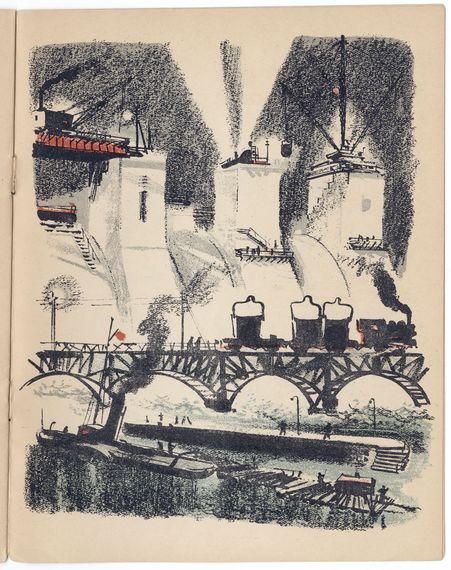 Voina s Dneprom (The War with the Dnieper) 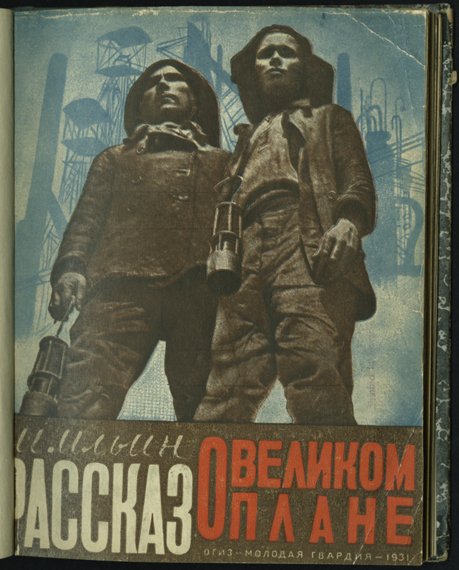 Rasskaz o velikom plane (The Story of the Great Plan) 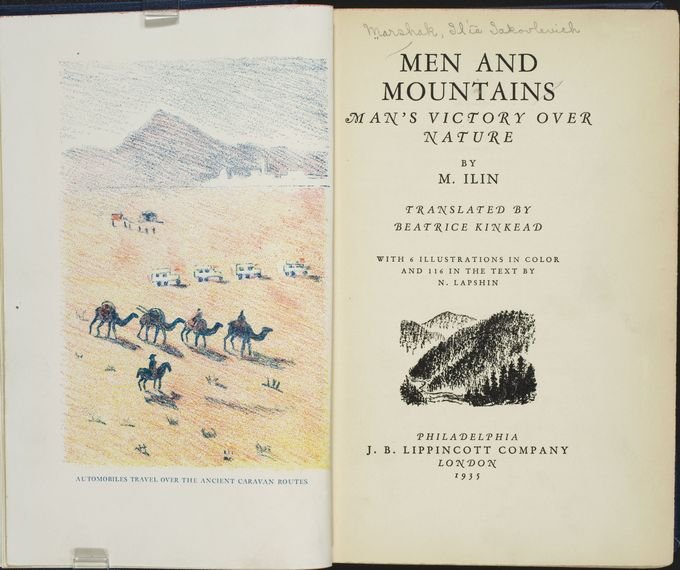 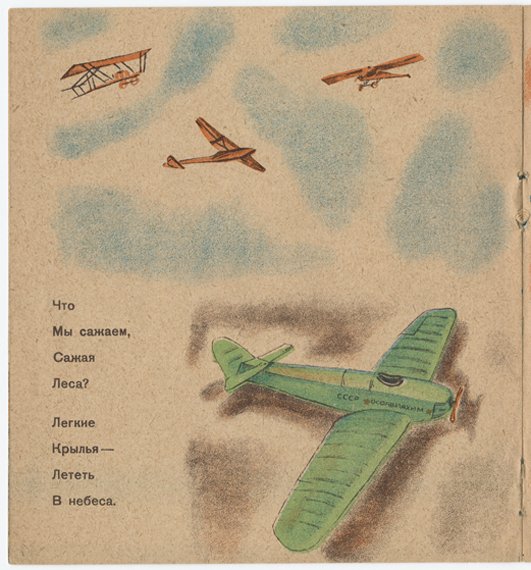 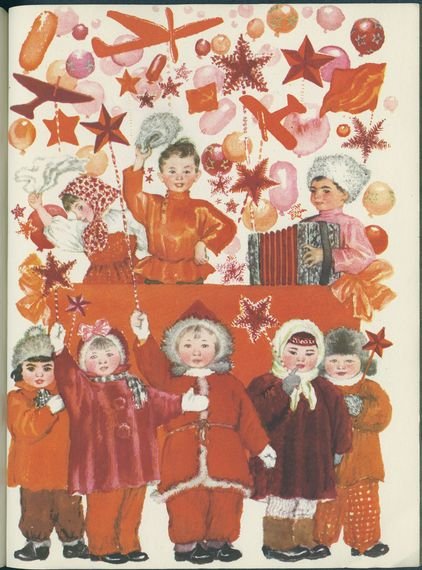