Inseparable from the Soviet political and economic revolutions was the revolution in communications. In their frequent representations of media, the Soviet children’s books promote the notion of their society (and of the entire world) as a vast, continuous virtual reality that makes sense of and helps to transform the material world. In this way Soviet children’s books prepare children to become able consumers of media, encourage children to take an active role in shaping their media environment, and in the process transform the very medium of the children’s book.

Modern media figure prominently in the books’ stories. Newspapers are frequently the main conduit of information about the wonders of the world. In Lev Kassil’s Tseppelin (Zeppelin) the young Peika hears of the arrival of a German Zeppelin from his father, a typesetter at a newspaper. Peika imagines the Linozep, as he calls it, as a grotesque machine that paints the sky with its exhaust, creating a huge celestial newspaper. For him, the material reality is inseparable from the medium in which it is publicized and represented.

Mikhail Gershenzon’s Vysoko vverkh, gluboko vniz (High Up, Deep Down) also shows a young protagonist learning about a new aerial technology (among other things) directly from the newspaper:

"In the newspaper are letters from around the whole world.
Here it is written how many tractors have been produced
at the Stalingrad factory during the last five year plan.
And here it says that miners have gone on strike in the
American city of Pittsburgh. And here is about how rice has
been sown from airplanes in the Kuban’ region.
And yesterday I read in the newspaper how two
scientists flew way up high in a hot-air balloon."

The boy then reads about expeditions to the floor of the ocean and about how these technologies will allow the USSR to control the weather. The newspaper not only informs; it also empowers. Like other population groups, Soviet children were frequently encouraged to subscribe to newspapers published by their representative organizations, in their case the Pioneers. Thus children were prepared to be active and able consumers of official information.

From the moment they took power the Soviet authorities adapted new media techniques and technologies to the cause of social transformation. The children’s book developed in close alliance with radio, cinema and such graphic media as the poster. Elizaveta Tarakhovskaia’s Radio-brigada (Radio Brigade) urges young children to join expeditions to install radio receivers in villages so that everyone can hear what Moscow is saying:

Moscow speaks to the pioneer detachments
about how to do gymnastics,
about how Berlin’s factories have struck,
about fascist atrocities in the south of Italy.

The children’s book was kin to the poster, and numerous writers and artists worked in both genres. The poster appears in children’s books in various guises, sometimes featured as a prominent part of the surrounding world. Osip Kolychev’s Deti sovetov (Children of the Soviets) prominently features the design of Gustav Klutsis’ famous election poster from 1930. Sergei Mikhalkov’s Moia ulitsa (My Street,) instructs how wartime propaganda posters should be viewed:

Here they display TASS Windows
For the entire city to see.
The people rush along the streets
But everyone still stops to read
The funny window-poster.     I see Hitler’s portrait
And I know he is a cannibal.
But I do not shake from fear;
I simply laugh it off.
I hold daddy by the hand
And I do not fear the Germans!

The silent cinema of the 1920s was particularly influential in its experiments in the interaction of word and image, which were supposed to complement rather than duplicate each other. Designers of children’s books also drew on cinema in the use of variable font sizes for dramatic emphasis. N. Svinenko’s Deviat’sot piatyi (Nineteen-O-Five) refers directly to Sergei Eisenstein’s famous 1926 film for its image of the Potemkin, a ship whose crew mutinied in the course of the 1905 Revolution.

With the interest in practical know-how it is not surprising to find books like Ia – pechatnik (I Am a Printer) and Trafarety (Stencils), which tell how to make posters and other printed matter using household materials. D. Vilenskii and A. Gamburger’s Vot eto stengazeta! (Now That’s a Wall Newspaper!) simulates the creation of a bulletin board carrying information both for and by children. In her Oktiabriatskaia zvezdochka (Octoberite Star) Agniia Barto shows how to make a journal and calls for readers to send in their feedback. In his Knizhka-kinoseans o tom kak pioner Gans stachechnyi komitet spas (A Cinema Book About Hans Who Saved the Strike Committee) F. Kobrinets even shows how to make and project a homemade film and, at the same time, contribute to world revolution. Thus children were prepared to be active producers of media.

Children’s Books as a Medium

The focus on media suggests that the Soviet children’s book was intended to become a much more active participant in the public consciousness. In E. Mikini’s Dom gde zhivut knigi (The House Where Books Live) books grow legs, characters come to life, films speak of their own free will, and children transform themselves in a “cupboard of metamorphoses.” At the end of the book children are encouraged to cut out pictures of favorite books and play a game in which they collect all the cards for various thematic divisions. Nina Sakonskaia’s book Kukly i knigi (Dolls and Books) publicizes a new “theater of the children’s book” in Moscow, which uses the traditional puppet theater to bring children’s books to life.  Oleg Shvarts’s Slet (Jamboree) places the book at the heart of a new children’s collective. Marshak’s Knizhka pro knizhki (A Book About Books) features books held in the University of Chicago Library collections, such as Nikolai Denisovskii’s Tovarishch Artem and Dneprostroi. 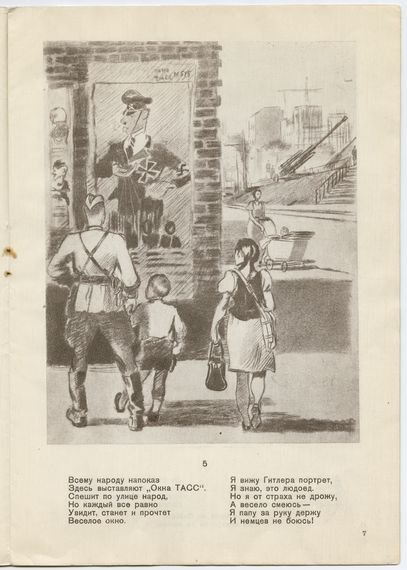 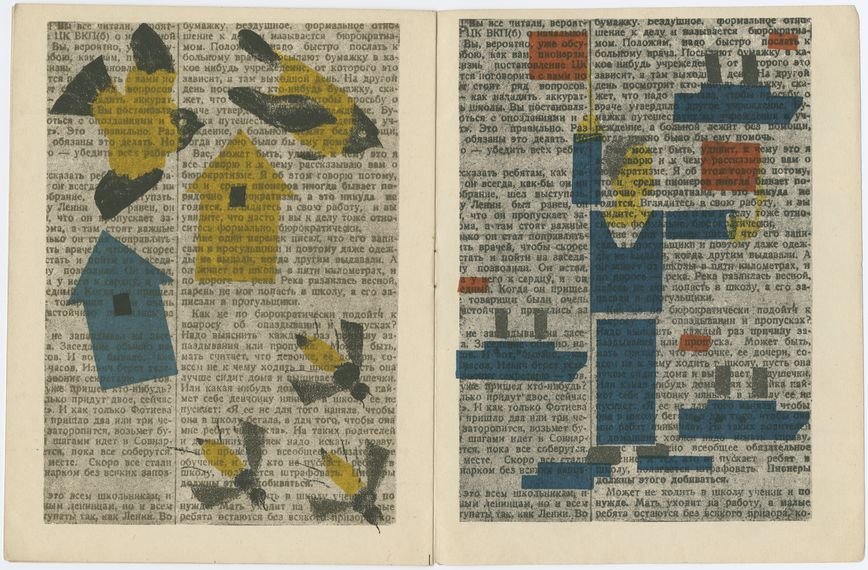 Ia pechatnik (I Am a Printer)