Collections & Exhibits > Exhibits > Adventures in the Soviet Imaginary: Children's Books and Graphic Art > Technology > Do It Yourself

One of the lofty goals of Communist Party and education officials was to create “harmonious human beings” by instilling Soviet morals and work habits into the minds of young children. While literacy rates in the first decade after the October Revolution were remarkably low, reading was soon to become the single most important way of socializing and educating children in the Soviet Union. An important but lesser-known aspect of Soviet 1930s education involved do-it-yourself books. These were conceived as an interactive medium that invited children not only to enjoy reading, absorb information and reflect, but also to develop practical skills needed for the construction of a Communist society.

Compared to other children’s books, do-it-yourself books often encouraged young children to view themselves as responsible adults and engaged citizens. Their topics were numerous and wide-ranging and yet overwhelmingly geared toward the achievement of practical goals at hand and the learning of useful skills for the future. Their themes range from the application of technology in the context of Stalinist industrialization, military preparedness, the importance of voting, and understanding how machines work, to arithmetic, drawing, printing, and making figures of cardboard and wood. Published during the First Five-Year Plan, these books were clearly unified by the particular urgency attributed to the cultivation of practical technical skills and knowledge during that period of accelerated industrialization.

Do-it-yourself books are invariably multicolored, engaging and include easy and simple instructions. They often start with a list of required materials and tools and end with an exhortation to their young readers to build on what they have already learned. Some of the books have a simple plot with characters that walk the reader through the steps of assembling an object. Most lack a plot but sometimes go well beyond the construction of toys. For example, Kak my delali Avroru (How We Made the Cruiser Aurora) asks children to model various objects associated with the historic events on the eve of the October Revolution and then to use these toys and re-enact them in groups. These re-enactments hearken back to the massive theatrical commemorative events of the October Revolution organized on a huge scale during the early 1920s by avant-garde theater directors.

For the most part, children are taught how to print, make cutouts, and construct simple toys mostly out of paper but also wood, acorns, carrots, and potatoes. (The use of potatoes is particularly striking given the widespread hunger at the time as a result of forced collectivization drives in the early 1930s.) L. Iudin’s Bumaga i nozhnitsy (Paper and Scissors) consists of paper dolls and toys that children can cut out and assemble at home. L. Sinitsyna’s Prygaiut, letaiut (They Jump, They Fly) gives instructions for how children can make a parachute.

A stratum of do-it-yourself books focused exclusively on teaching children about the world outside the imaginative realm by offering age-appropriate accounts of how complex machines like tractors, Morse code transmitters, semaphores, steam locomotives, and radio-receivers work and, for some, how they can be made at home. They discuss important topics for the Five-Year Plans, give advice on how to build some of these at home, and stress the significance of collective labor and socialist rationalization. A. Laptev’s Stroim iz kartona (We Build from Cardboard) gives instructions for making a cardboard grain elevator. M. I. Pankov’s Mel’nitsa (Windmill) provides a complex design how to make a toy windmill from wood, cork, and other materials. These books introduce children to current developments and the technological advancements behind them, thereby contextualizing the abstract knowledge of how an oil refinery works or what the Dnieper Hydroelectric Station and other industrialization sites are. Sometimes the books focus on some of the more glamorous topics of Soviet discourse.

The Limits of Play

Authors had to walk a fine line as they helped children visualize tantalizing opportunities of exploration and invention while placing limits on this potentially uninhibited dreaming. This becomes clear, for example, in F. Kobrinets’s Knizhka-kino-seans o tom, kak pioner Gans Stachechnyi Komitet spas (A Cinema Book about Hans Who Saved the Striking Committee), which touts the entertainment potential of cinema. While the book ends with the suggestion that children create their own films and show them to their friends, it also facetiously reminds its young readers to be aware that the films they will be making are not real films. I. Korshunov’s Detmashstroi, samodel’nye igrushki mashiny (Detmashstroi: Do-It-Yourself Machine Toys) explains how turbines work and how a simple toy turbine can be constructed, but it also reminds its readers that a “real turbine is made of steel and is quite complex.” 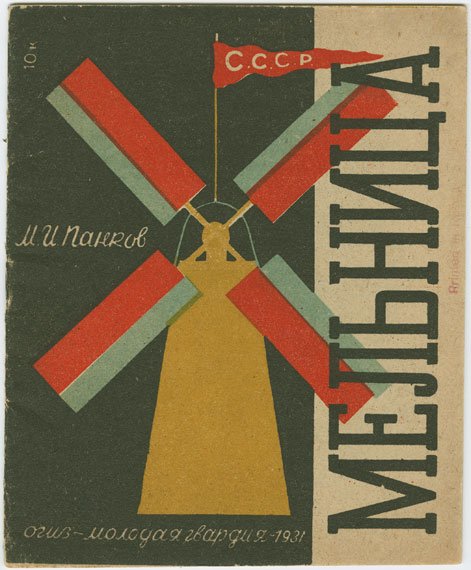 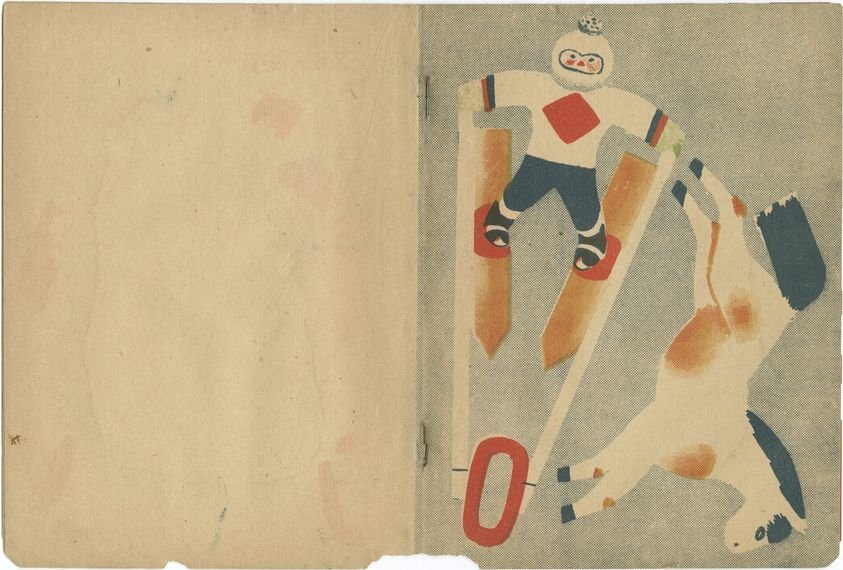 Bumaga i nozhnitsy (Paper and Scissors) 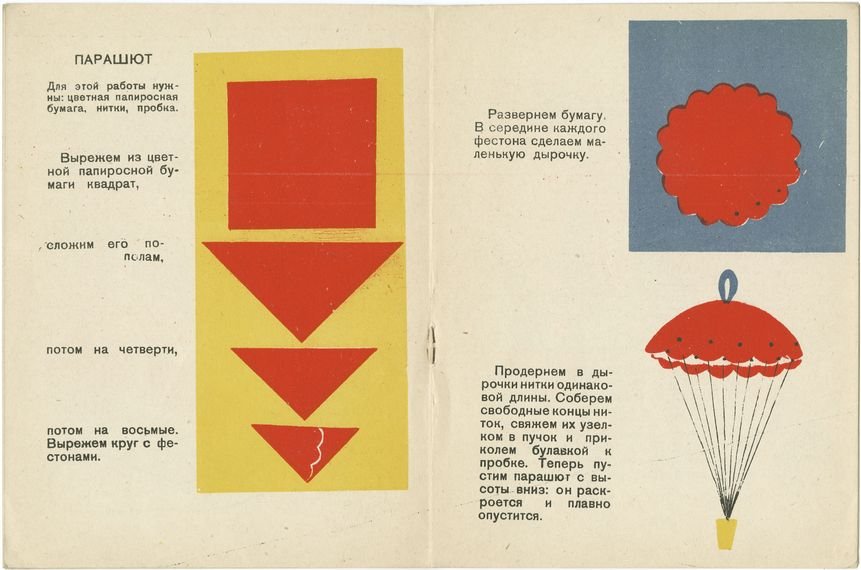 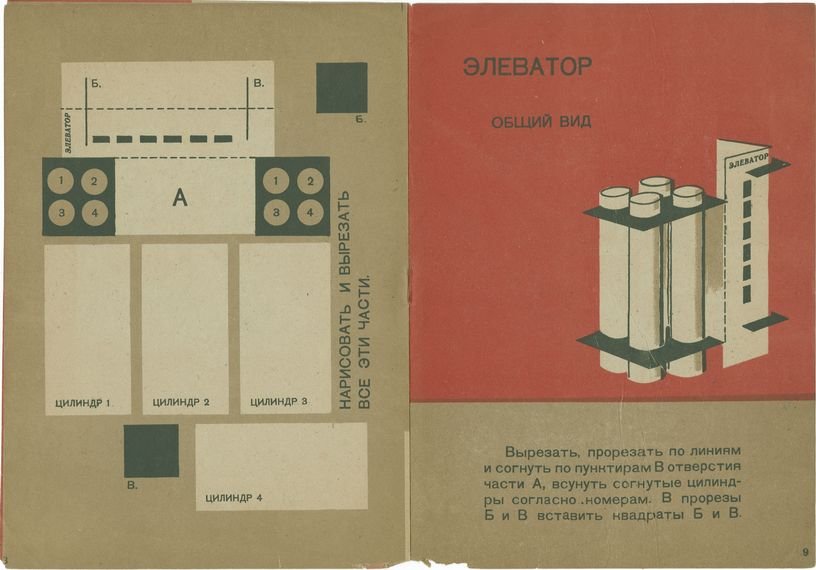 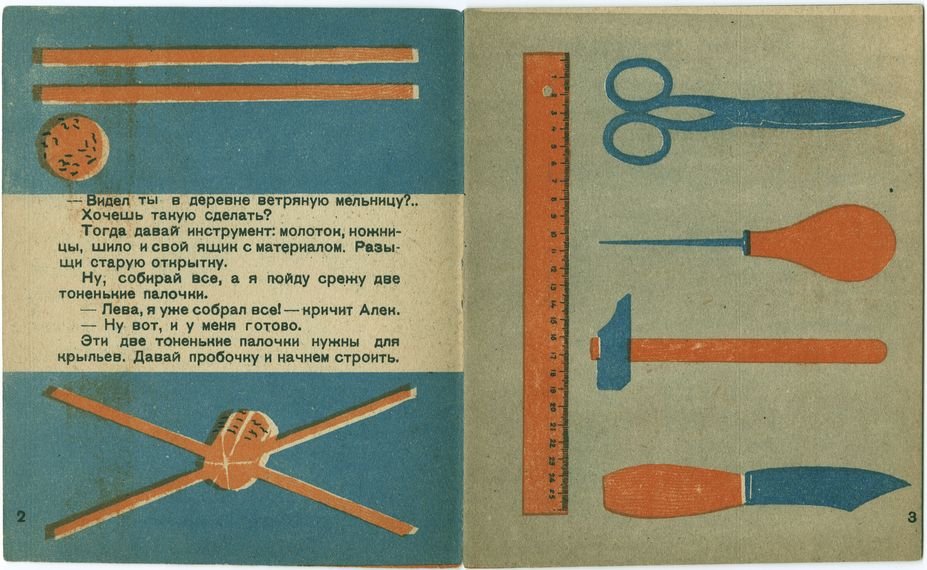