In 1928 Stalin introduced an economic policy based on a cycle of Five-Year Plans. The First Five-Year Plan called for the collectivization of agriculture and the expansion of heavy industry, like fuel extraction, energy generation, and steel production. Known as the Great Leap Forward, the First Five-Year Plan was intended as a break with the semi-capitalist economic policies of the preceding several years (known as NEP) and the commencement of a broad cultural revolution. This revolution is the subject of many children’s books during this period.

The First Five-Year Plan’s goals are illustrated in an interactive fold-out children’s book published in 1930 called Piatiletka  (The Five-Year Plan). The book can be read in two ways. Beginning from the front cover, the reader is introduced to Aleksei Mikhailovich Laptev, the book’s author. Laptev, the artist, has the ability to make the Five-Year Plan visible. Though Laptev’s vantage point is from the capital city of Moscow, he does not need to travel in order to show the tremendous change in the country that the Five-Year Plan intends to bring about. Reading the book in this direction, the reader finds three maps: one for the electrification of the country, the second for the construction of factories, and the last for the collectivization of farms. Through these maps, young readers become familiar with a synchronic view of the Five-Year Plan.

Turning the book over and starting from the back cover, the reader is presented with targets for ten aspects of Soviet industry: electricity, factory construction, iron, coal, oil, the chemical industry, bread production, forestry, transportation, and culture. Laptev illustrates the situation before the implementation of the 1927-28 Five-Year Plan with both the text and pictures. The reader is invited to open the flaps on the pages to unfold the dramatic changes caused by implementation of the Five-Year Plan in each of these industries. For example, the number of literate citizens will double; the number of books published each year will increase by 75%, from one to four per person.

Other picture books published during the First Five-year plan include those that introduce children to important raw materials. Some of these books, such as A. Zaitsev's 1931 book on timber production, Derevo (not pictured), show the process of refining the material and producing the goods. Others, like E. Khazin and Nisson Abramovich Shifrin's Neft' (Oil); Nikolai Fedorovich Denisovskii's Zoloto (Gold); or V. Sobolev and Denisovskii's Tovarishch Artem (Comrade Artyom), use the same basic production model combined with the story of how these materials were rescued from capitalist misuse. Each book explains why it is important that the goals of the Five Year Plan be met. Gold illustrates the transition from capitalist to socialist mining by shifting from black-and-white to color illustrations, then shifting back to black-and-white for a more sober presentation of gold's productive uses. The book ends with a particularly strong statement:

"According to the Five-Year Plan, we need gold.
It helps us build new factories, schools, houses,
clubs, аnd health centers for workers. We need
gold in order to hasten the construction of socialism;
to quickly reach and overtake capitalist nations;
to wrest the workers of the whole world
out from under the power of gold." 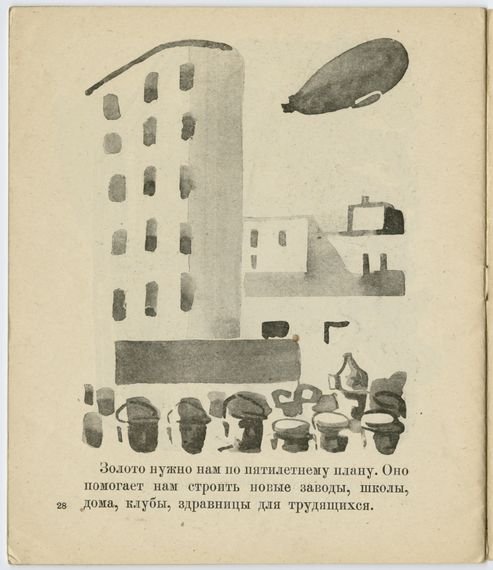 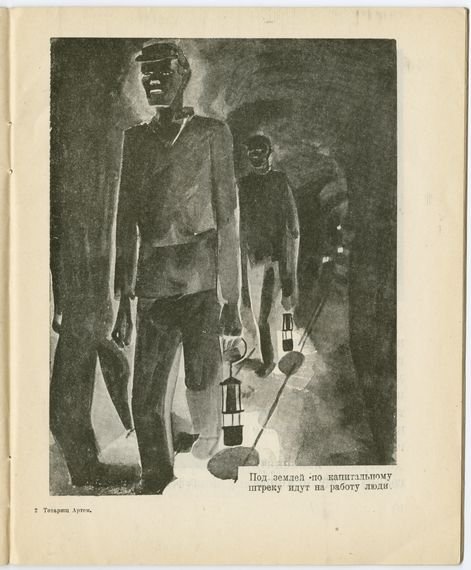 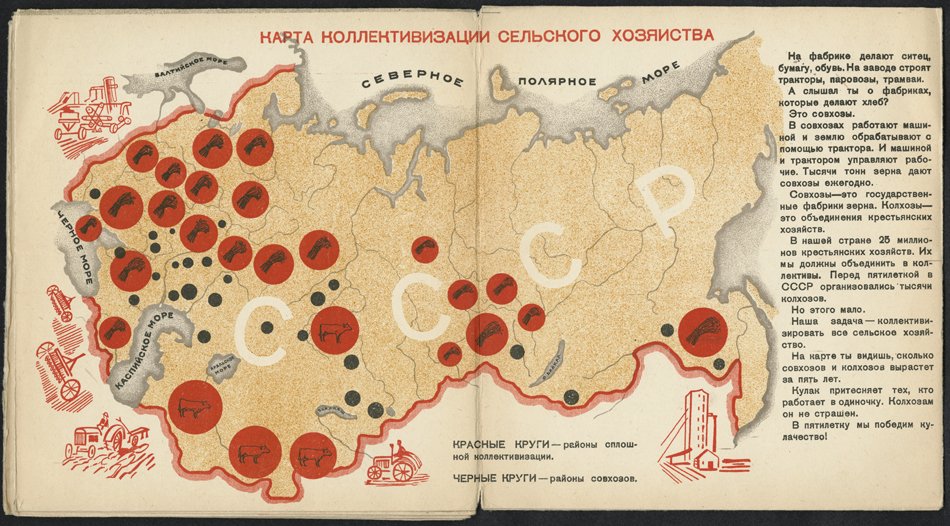 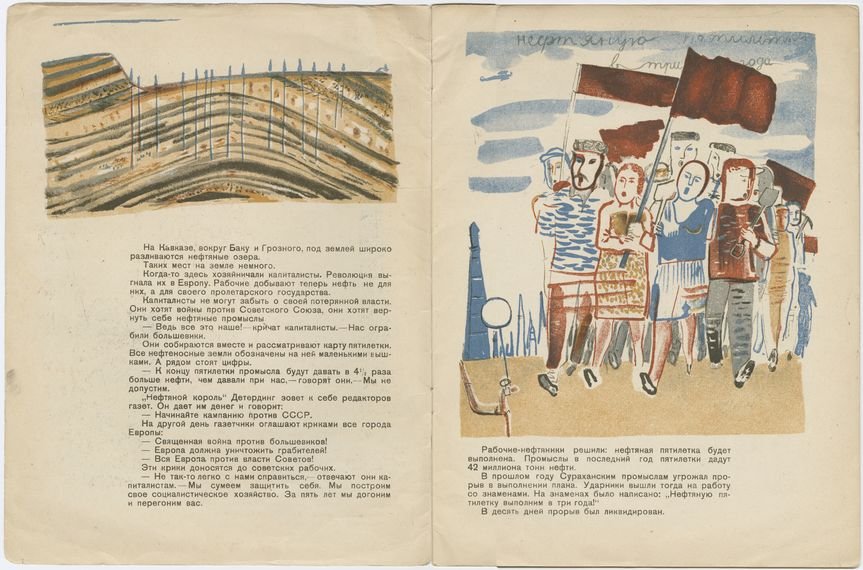 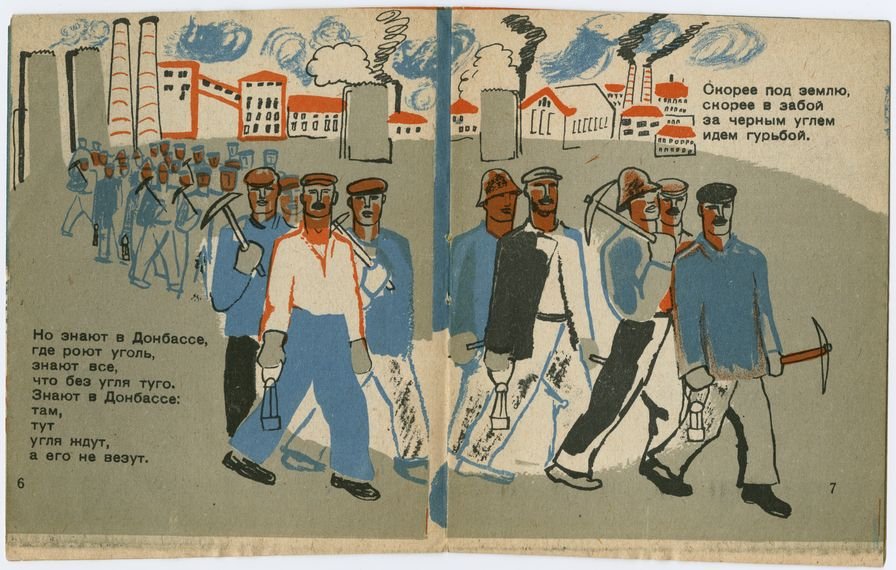 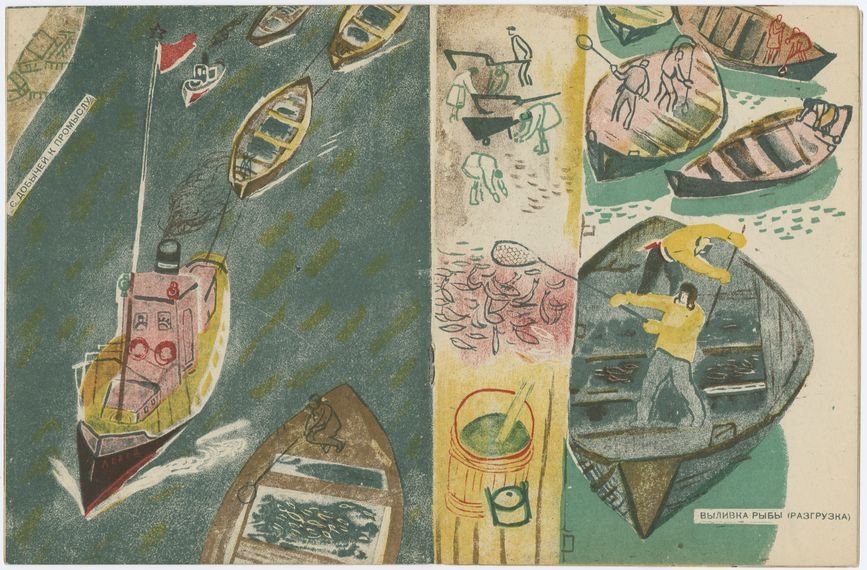