Samus Aran, the protagonist of Super Metroid and of the entire Metroid franchise, is one of the most iconic characters in videogame history. Along with Tomb Raider's Lara Croft, she is also one of the few female protagonists to become one of the "starring" characters of the videogame industry. Surprisingly, while some promotional materials fill in pieces of Samus' character and back-story, the game itself reveals very little. It is tempting, therefore, to understand Samus as merely a stand-in for the player, a visualization of the player's actions in the game space. On the other hand, the mysterious Samus has been captivating enough to inspire the creation online of cartoon backstories, fan-fictions and fan art. This tension between Samus as game-piece and Samus as character is part of a persistent debate in videogame studies over the possibility or significance of player "identification" with the onscreen protagonist.

Other figures in Super Metroid's small cast include the "Metroid larva" that Samus is trying to protect, Mother Brain, Samus' arch-nemesis and the "bosses", particularly strong enemies, that Samus must defeat along the way. 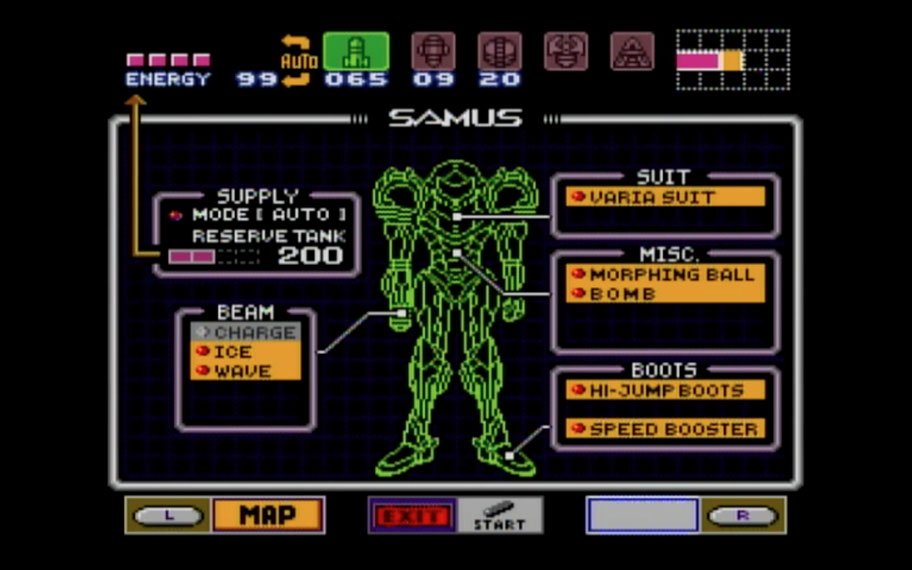 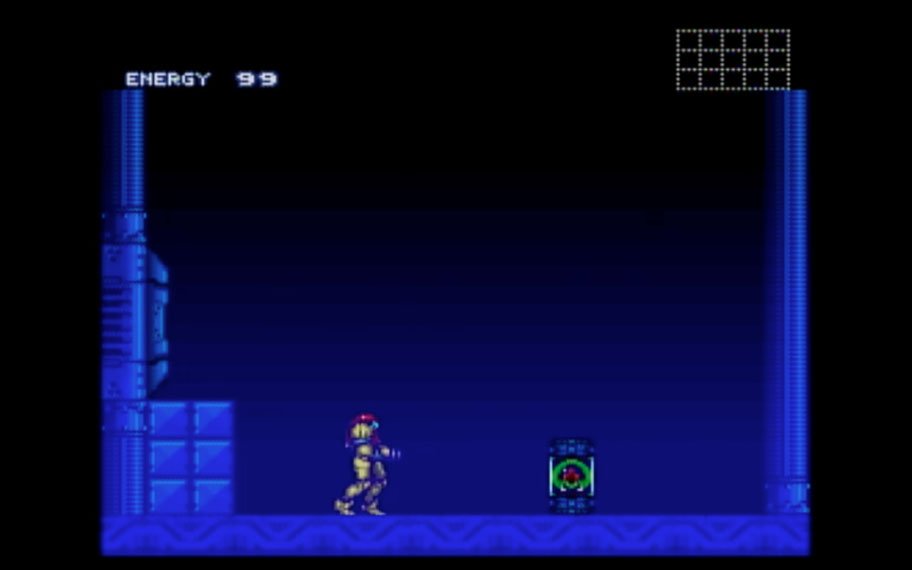 
The "baby metroid" Samus is trying to protect.