As with many of the videogames of its period, Super Metroid's story is presented primarily through text printed in the game's instruction manual and through a short movie at the start of the game. While each of these establishes a narrative context and motivation for actions taken by the player/character, the hours of gameplay that follow are, with a few exceptions, devoid of traditional dramatic plot points. Rather, the story presented in these hours is simply the solitary traversal of a harsh environment played out in "real time." In the decades since Super Metroid, videogames have increasingly integrated gameplay and narrative by alternating between player-controlled gameplay sequences and short "cinematic" clips – a method that is prefigured in the opening minutes of Super Metroid. 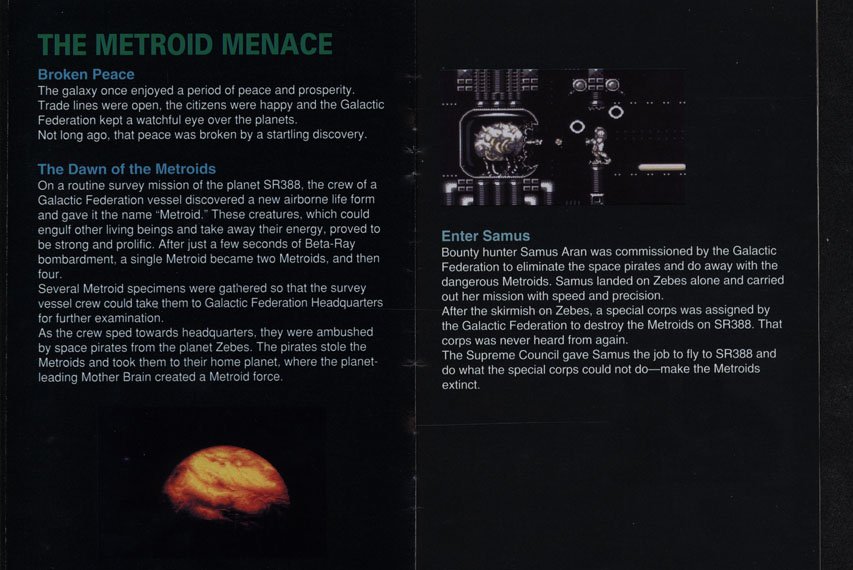 Backstory from the Manual


First page of the manual, introducing the backstory. 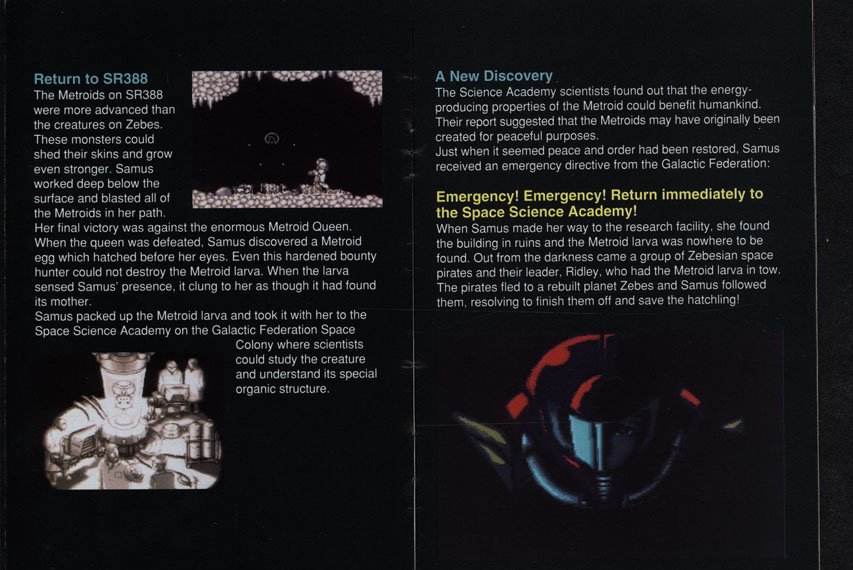 Backstory from the Manual


Second page of the manual, continuing with the backstory.