The Technology of Chocolate Making

It was Columbus who first noted the almond-like beans, which functioned as currency to Mayans. Later, Hernando Cortés found that Aztec emperor Montezuma drank copious amounts of a spicy, frothy yet bitter beverage and kept a huge warehouse stockpiled with cacao (pronounced ka-KOW). The Spanish eventually came to understand the significance of cacao to Mesoamericans. Soon after, they returned to Spain with recipes for an exciting new world drink, a novel ingredient and a healing medicine. Since then, chocolate has become firmly rooted in our scientific, cultural, economic, historic, and even romantic lives.

As Europe developed a thirst for this exotic drink, scientists and botanists quickly tackled what to call and how to grow cacao. Carolus Linnaeus, considered the father of modern-day plant classification, gave the tree the botanical name of theobroma cacao, which, roughly translated, means "food of the gods". Cacao trees and their fruit were soon taken from their native growing regions and brought to other tropical areas where they could flourish: Caribbean Islands and later Africa. Since then and more recently, science has studied the cultivation, sustainability, and the diseases that can devastate the precious trees. At the cost of millions of dollars, chocolate's DNA was recently mapped unlocking the genome for science. Economists analyze the world's cocoa supply attempting to predict its future, while chocolate companies tap science to produce heartier crops, each team hoping for a stable supply of the precious commodity.

By 1828, Dutch scientists had discovered a method to make a type of chocolate by removing the natural fat or cacao butter. The powder was soon known as "Dutch cocoa" and it soon led to the creation of solid chocolate. Numerous studies have been written about this transition from the pre-Columbian drink to its modern form of bar, bunny or boxed up.

Historians have tried to uncover the effects it has had upon social, political, and national cultures. Movies have been made about chocolate factories and women who cast spells with it. Chocolate has been called a necessity, magical, healthy, and sexy and yet, chocolate is simply a product made from a fruit. What is it about chocolate? 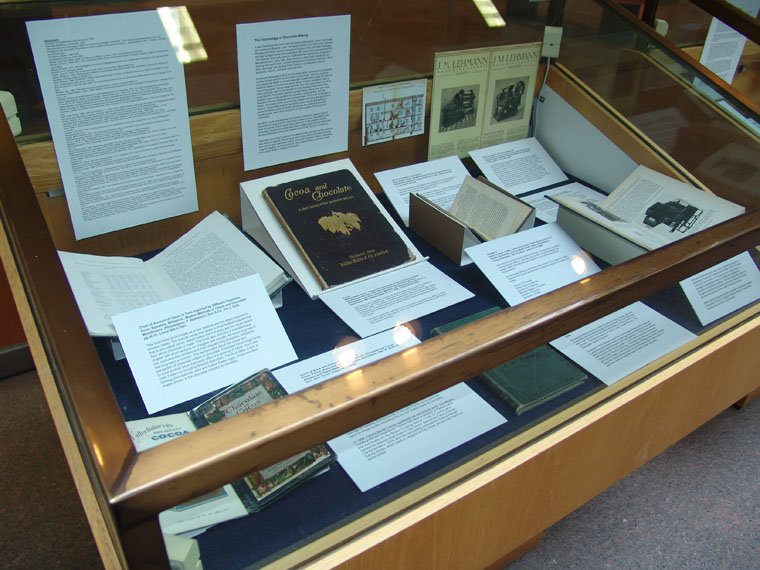