Confraternities and the Rhythm of Renaissance Republics

Early modern urban landscapes were raucous spaces: streets, squares, churches, and markets teeming with priests, functionaries, merchants, artisans, servants, bankers, and soldiers. Despite the period’s strict hierarchies, people from radically different walks of life called each other “brother” or “sister” in one context: confraternities. These were lay religious societies, which gathered for group prayer, religious observances, and served many functions we now think of as social services: organizing hospitals and orphanages, providing the poor with dowries and funerals, and comforting the condemned before execution. Confraternities had strict membership, but also sidestepped hierarchy, uniting people from a specific neighborhood, patronage network, faction, or occupation regardless of class.  In confraternity halls masters and apprentices, bankers and servants, all shared a united religious and political education, promoting images of a suffering Christ, local patron saints, religious movements, and political factions.  Many confraternity brothers wore hoods or masks during meetings, stepping outside their identities to stand as equals for the duration of a service or charity.  Present in virtually every Renaissance urban space, confraternities often disappear in accounts of the Renaissance, since their meetings, processions, orations, songs, and lectures were ephemeral activities, leaving few records. Yet confraternities were a nexus between all forms of power: lay and religious, local and super-local, even Earthly and heavenly as they collaborated with the priesthood as another intermediary between humankind and divinity.  Like the accompaniment behind a soloist, confraternities may disappear from surviving accounts of society’s major actors, yet they maintained the daily rhythm of loud Renaissance streets. 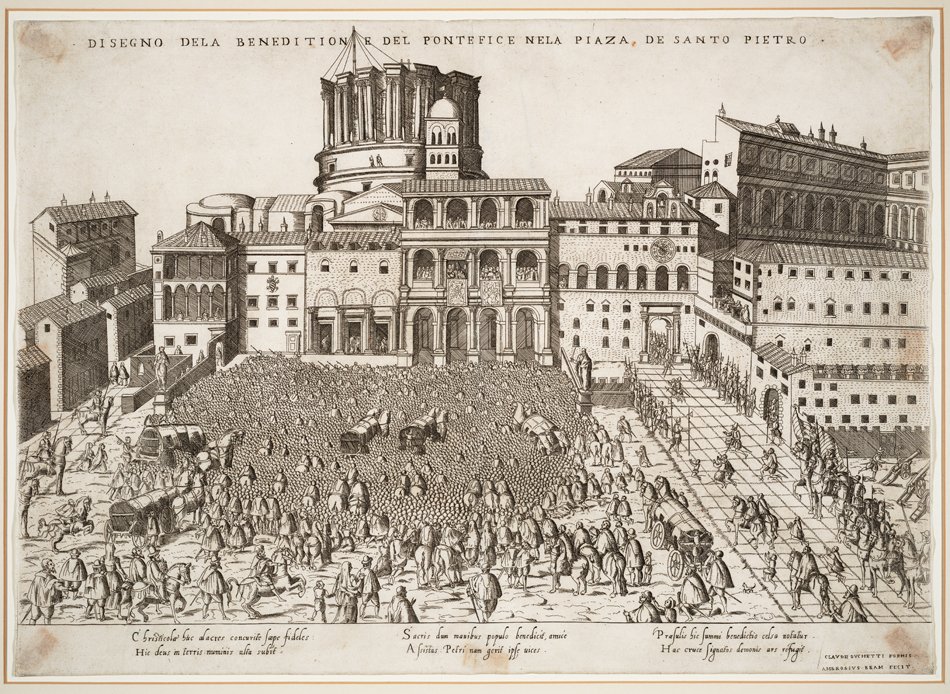 Benediction Of The Pope In St. Peter's Square

Confraternities knitted together the social fabric of cities, otherwise rife with class tensions. These tensions were often on display (and most likely to break into violence) when all classes gathered for important feast days and processions. Confraternities as institutes participated in a variety of charitable activities, such as care for the sick and the provision of dowries for poor women–much like religious charities do today. By doing so, they fostered goodwill between citizens of different classes. In this way, confraternities promoted the health of civic bodies as a whole. 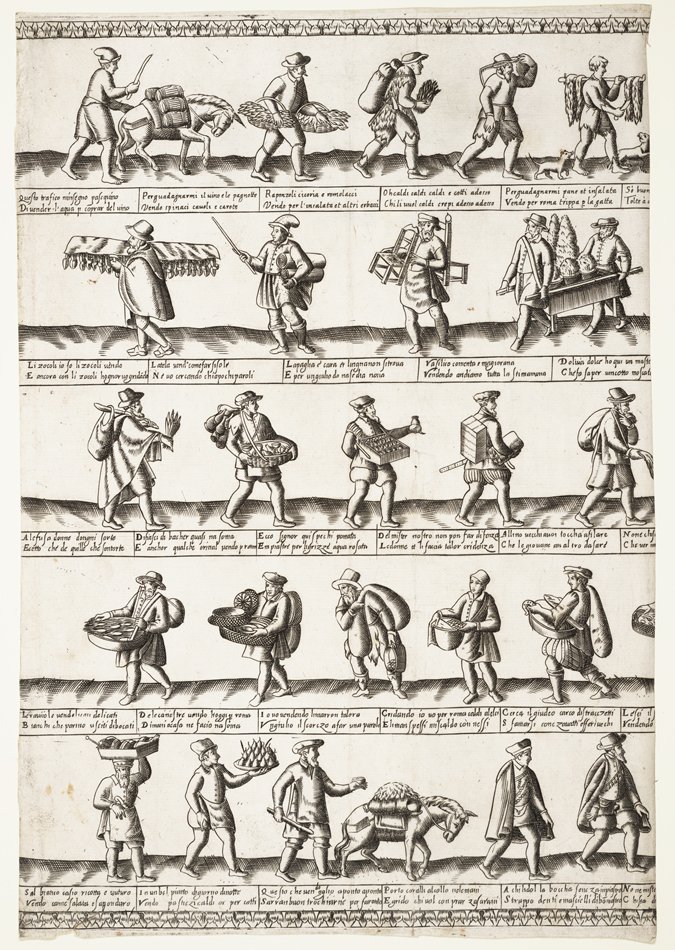 Renaissance cities were divided by sharp class lines. While Venice and Florence were nominally republics, power rested in the hands of a small number of powerful elite families. Ability to participate in the forms of government and in the power of the state derived from successful commercial and financial ventures, not land or noble blood, as elsewhere. However, cities and economies contained both the high and the low—including the myriad of vendors of minor goods pictured here. Confraternities were the institutions where a wealthy merchant was most likely to meet the tripe seller accompanied by cats in the upper right.