As classical culture became a tool of competition for the powerful, humanists and artists came to be expected ornaments of kingly courts, republican capitals, Church centers, and of any merchant household aspiring to political status. Florence’s celebrated Medici family began as wealthy bankers, but spent lavishly on art, scholarship, libraries, and public works, using the nobility of antiquity to win the respect and awe of peers and foreign powers.  While relationships with patrons like the Medici were sometimes intimate and familial, serving a patron remained a form of unfreedom whose tensions shaped all Renaissance art and literature. 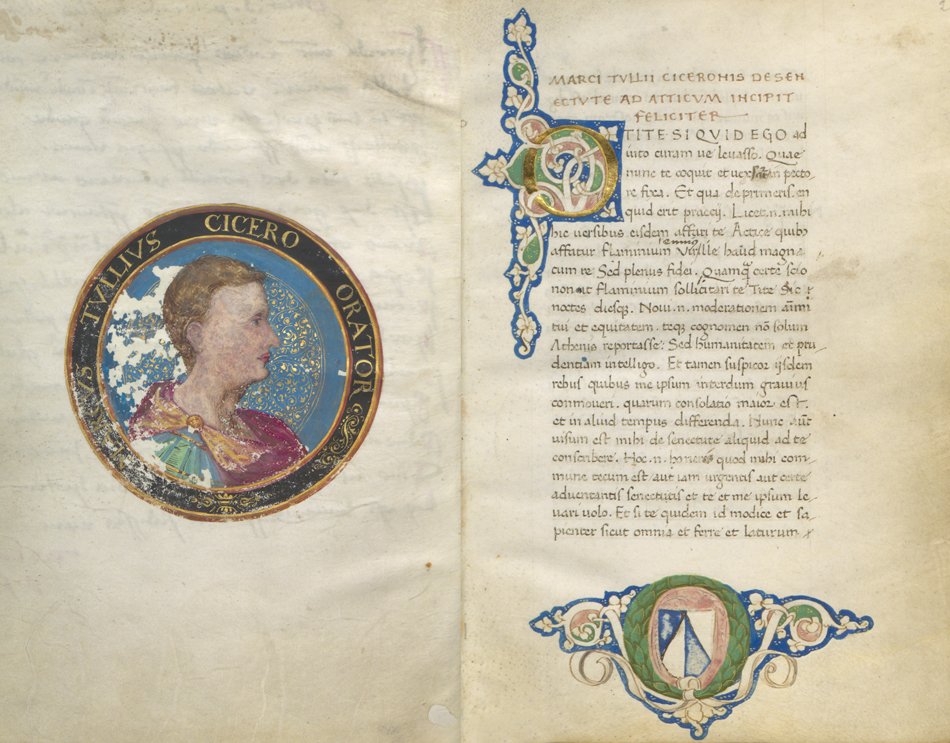 This fanciful portrait of young Cicero introduces his dialogs On Old Age, On Friendship, and Stoic Paradoxes.  The white vine illumination, vines formed by negative space within a blue border, originated in northern Italy, and became a signature of lavish editions of Greek and Latin classics since so many descended from Florentine originals.  The volume also contains a poem praising Holy Roman Emperor Frederick II, a relic of how much scholars depended on princely patronage in the age when a book cost as much as a house.