Fifteenth-century Venice was a global crossroads, dominating trade and transit throughout the Mediterranean. While Venetian kinship and commercial networks connected the Adriatic and Mediterranean worlds, her citizens at home were active and curious consumers of maps in many forms, from practical navigational charts to lavishly decorated maps and images of faraway places, which let even the citizens who never left the city participate in a popular culture which stretched from the Near East to the Americas.  Since the advent of the compass in the thirteenth-century, Venice had been a center of production for portolan charts, navigational maps developed from pilots’ lists of distances and directions, without decoration or inland details, which became increasingly useful as exploration expanded the known world. Maps also connected Venetians with antiquity: Ptolemy’s Geography, first translated into Latin in 1406, provided detailed instructions on how to create projections using latitude and longitude, spurring a new phase of map production on ancient models.  With the advent of print, decorative maps for popular consumption multiplied along with travel accounts of pilgrimages and merchant voyages, costume books, and histories and elegiac poems.  The Ottoman world was a particular focus of Venetian mapmaking and illustration.  Venice had long had stronger cultural ties to the Byzantine world than to Western Europe, so the Ottoman conquest of Constantinople in 1453 traumatically de-familiarized this pivotal point of cultural reference. Increasingly frequent Ottoman entanglements on the seas led to Venetian commemoration of victories and losses, and spurred an interest in geographical knowledge of the East. 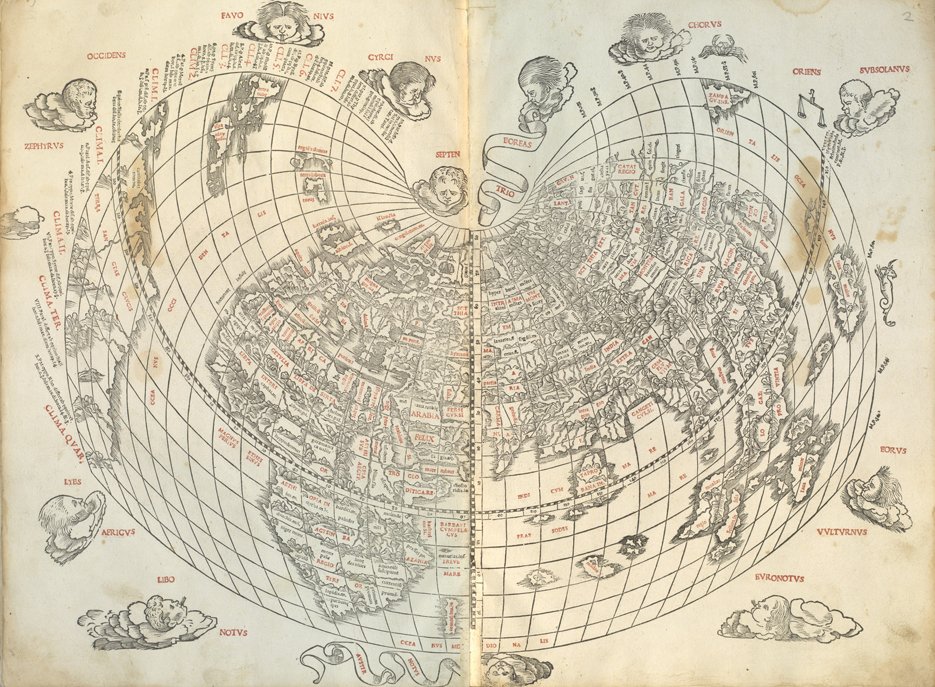