Crystara was created specifically for the three story atrium in the John Crerar Library. It has, therefore, been in the library since the library has existed.  It is as much a part of the Crerar Library as the books.

"Crystara" is the name chosen for the sculpture that The University of Chicago commissioned artist John David Mooney to create in 1984 for the three-story atrium of The John Crerar Library.

The 30 x 12-foot sculpture, suspended from the atrium's skylight, is a curvilinear creation that marries the modern properties of aluminum with the centuries-old craft of handmade Waterford crystal.Its stair-stepped frame of hand-rubbed aluminum was fabricated by the Watson Steel Center of Muncie, Indiana. The frame supports eight hexagonal crystal crossbars, 20 inches in circumference, made from 57 separate pieces that Mooney designed. They were mouth-blown and hand-cut under his supervision by a team of master craftsmen at the Waterford glassworks in southeastern Ireland.

Facets are deeply cut into the crystal in three different patterns. They create a constantly changing prismatic effect by refracting the natural light flooding into the atrium by day. "Crystara" has no internal lighting, yet it is the focal point of an intricate balance of light and shadow.

Mooney is a Chicago artist. In addition to permanent works, he has created monumental temporary works in Indianapolis, Los Angeles, and Zagreb, Croatia. He considers "Crystara" one of his most complex and ambitious projects. 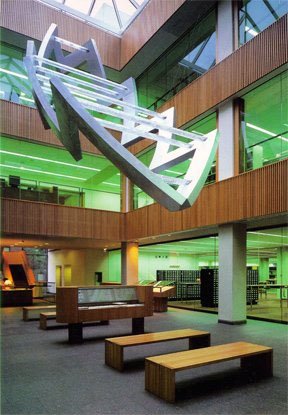 Crystara in Atrium of Crerar 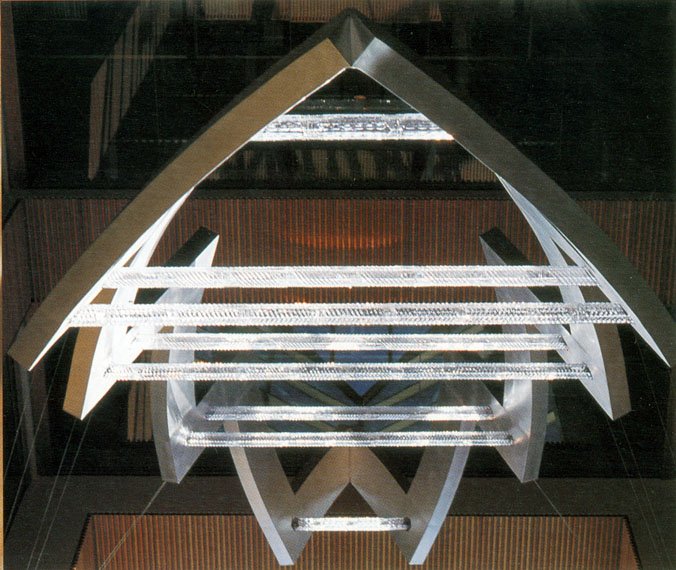 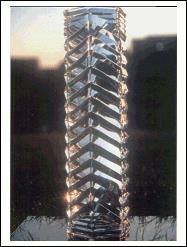