Venus is the brightest object in the night skies (except for the Sun and Moon) and has attracted the interest of astronomers for centuries.   Astronomers tried to use surface markings on Venus to calculate the length of a Venusian day.   In 1646 Francesco Fontana in his work Novae coelestium, terrestrium rerum observationes (The new heavens as observed from earth) mistakenly claimed he observed a day on Venus lasts 23 hours 41 minutes.  (Venus actually makes one complete rotation only once every 243 Earth days!).  When the planet's night side faces the earth (inferior conjunction) Venus resembles a crescent, which Fontana observed through his telescope and presented in this illustration. 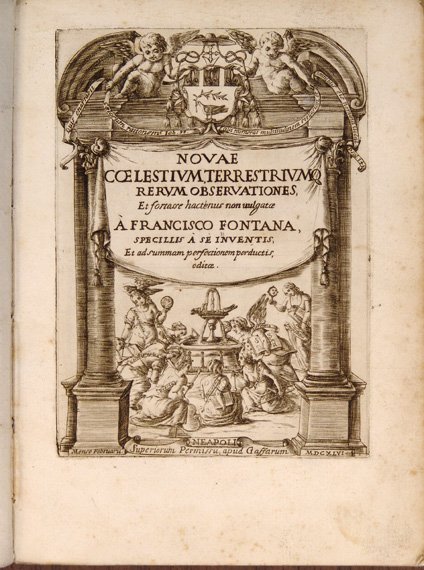 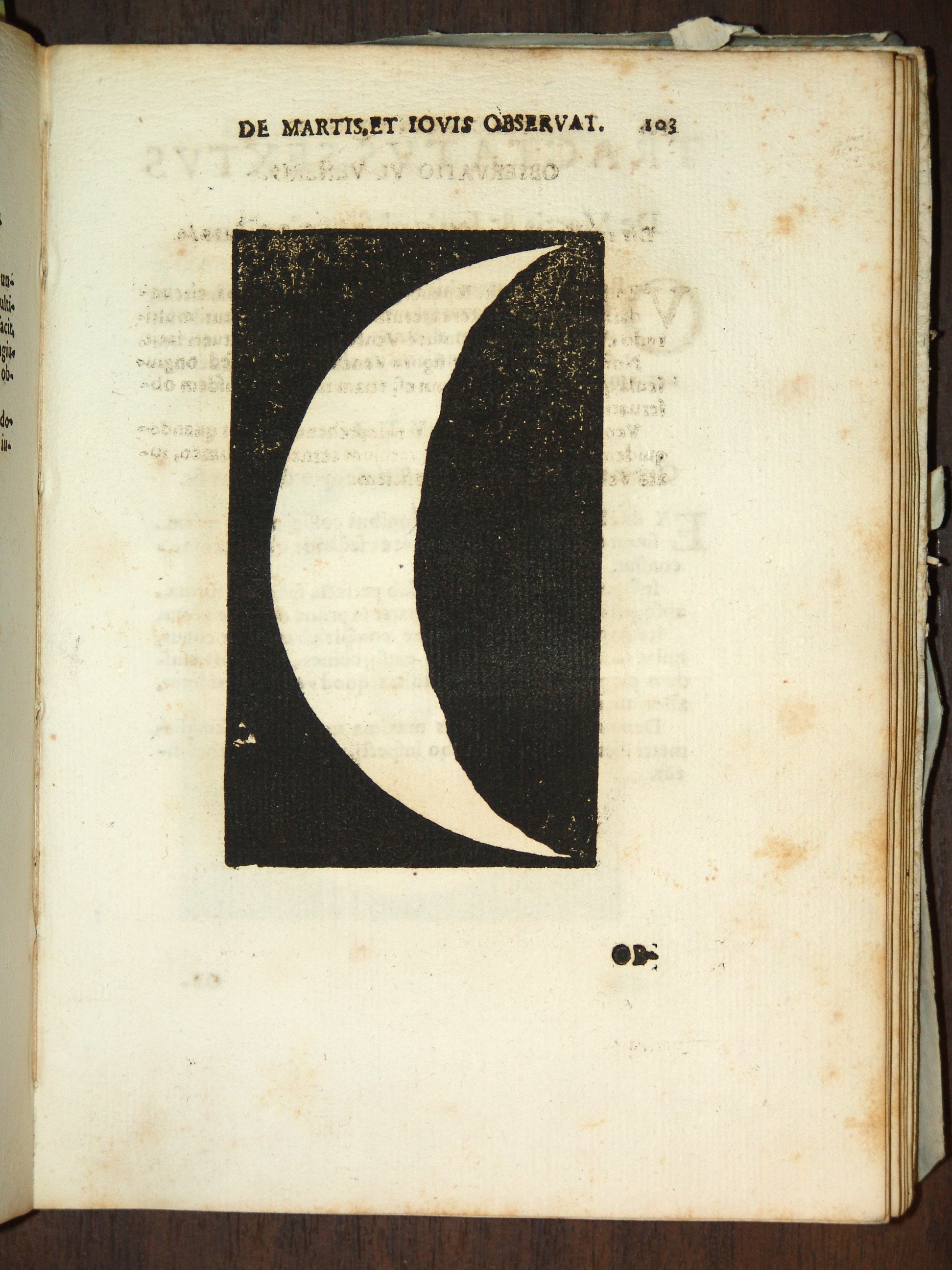 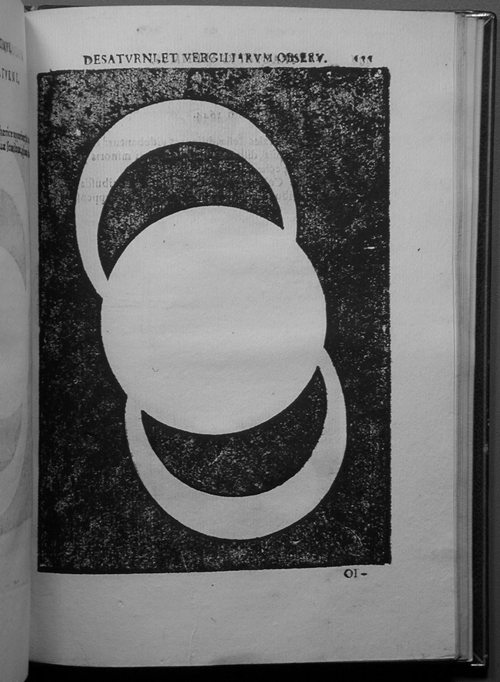