Collections & Exhibits > Exhibits > They Saw Stars: Art and Astronomy > Literary and Popular Works > H.G. Wells' In the Days of the Comet

H.G. Wells' In the Days of the Comet

This lesser known novel of H.G. Wells is less science fiction than his other works, and is more of a political commentary.  He uses the comet as a device of rebirth rather than destruction.   In the midst of a world war, the tail of a comet brushes the atmosphere of earth, causing everyone to lose consciousness for a few hours. When the world awakens, everyone has an expanded understanding of the meaning of things. The war is quickly ended and a new utopia is created. 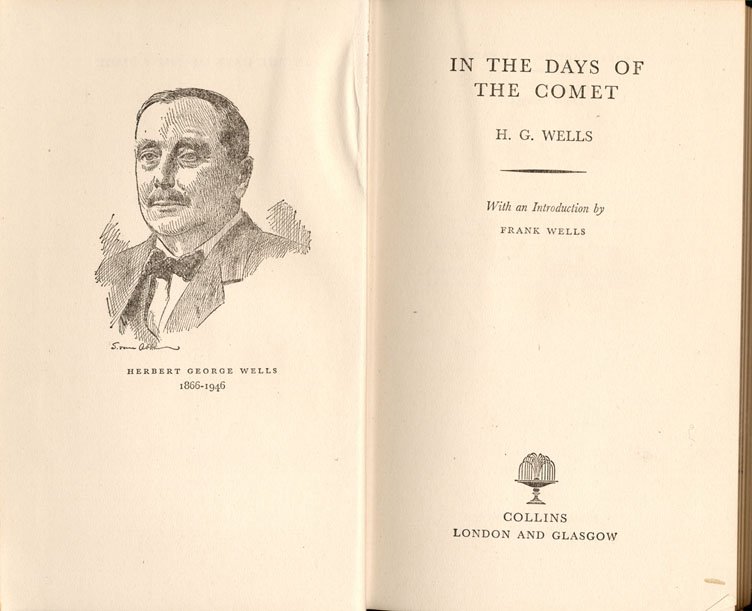 Title page of In the Days of the Comet