From the back cover: “Over the centuries the starry night sky has inspired scientists and poets alike, and though the fruits of these inspirations take very different forms, they often enrich each other.  Acclaimed science writer David Levy, codiscoverer of Comet Shoemaker-Levy 9 and science editor of Parade magazine, traces the works of great poets – Shakespeare, Milton, Keats, Shelley, and others – and shows how they were influenced not only by the beauty of the heavens but also by the discoveries of their times.” 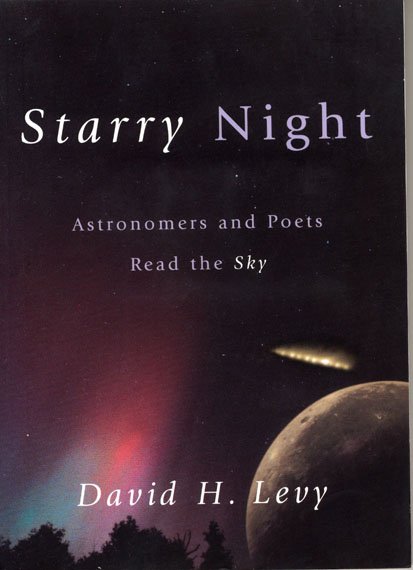