All the materials in this exhibit were suggested by members of the UChicago community. These individual contributors shared the reasons behind their suggestions. For a full list of the materials suggested, see the Bibliography page. 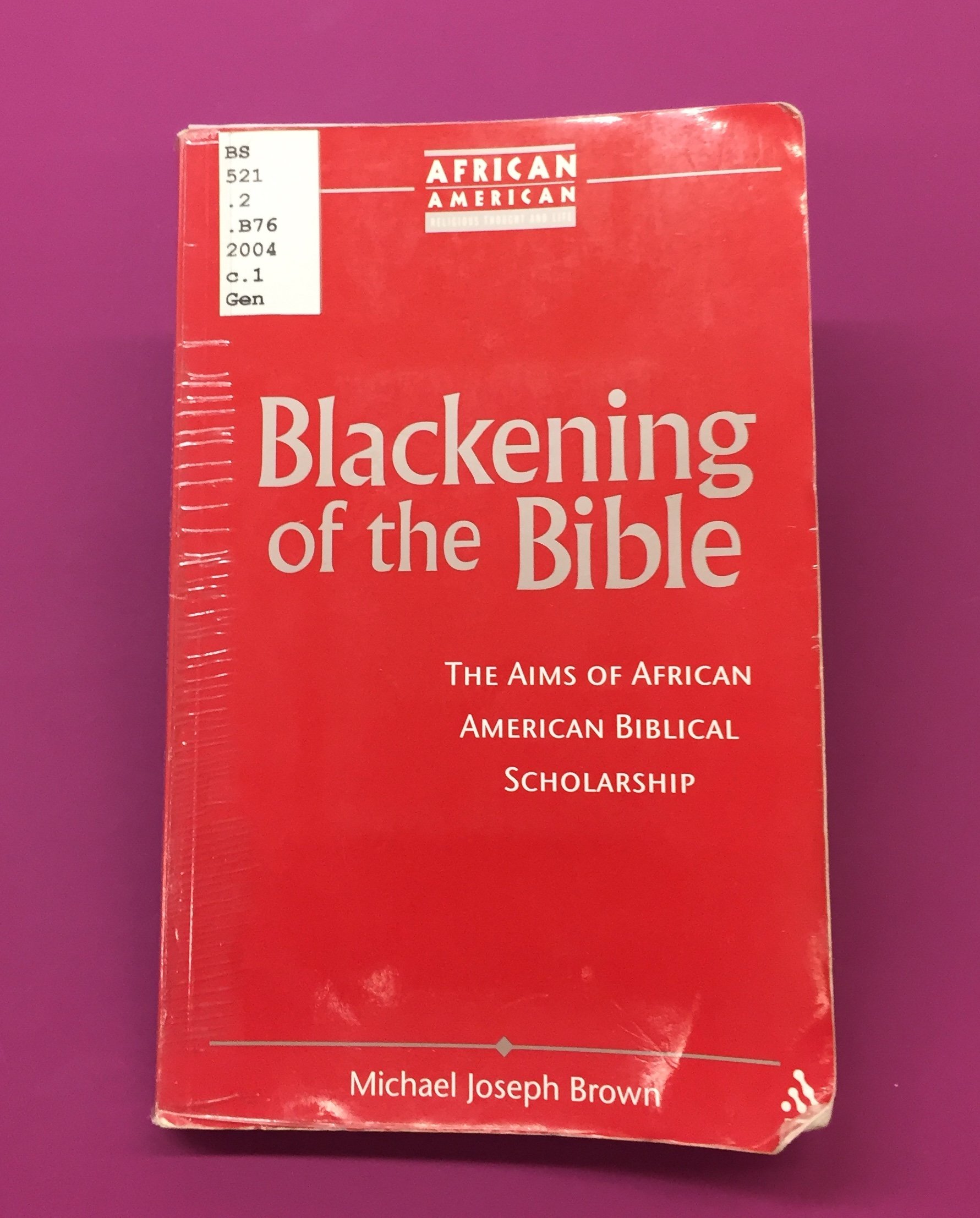 Blackening of the Bible

"Blackening of the Bible is an introduction to specifically African American hermeneutics of the Bible in which he argues for creating an intellectual space within the field of biblical studies for taking seriously the interpretations of marginalized communities. This book takes seriously the social location of the interpreter with respect to race, gender, class, cultural location, and ideological orientation, and the absence of objectivity that all of these imply. Brown surveys and critiques many hermeneutical modes used by African American scholars since the first African American was granted a PhD in Biblical Studies: from the search for Africans in the Bible in the forties and fifties to contemporary Womanist interpretations. Blackening of the Bible is an important survey of the evolution of the black hermeneutical enterprise—its aims, modes, challenges, as well as its practitioners, including Randall Bailey, Anna Julia Cooper, Charles B. Copher, Kelly Brown Douglas, Cain Hope Felder, bell hooks, and Renita J. Weems. This book should be read by anyone interested in biblical studies, or in African American biblical hermeneutics or black theology, whether within academia or in the larger society." 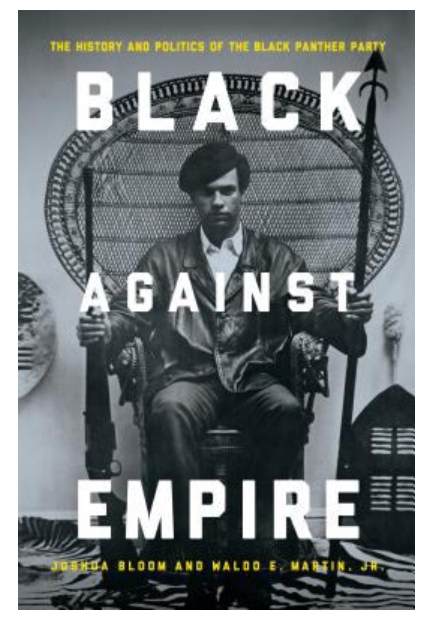 
Bloom, Joshua, and Waldo E. Martin. Black against Empire: The History and Politics of the Black Panther Party. Berkeley: University of California Press, 2013.

Suggested by Christopher Iacovetti, Ph.D. student in Religion and Literature in the Divinity School.

"Black Against Empire is one of the most formative and rewarding histories I've read in years. It significantly reshaped my understanding not just of the BPP [Black Panther Party], but of Black history and US politics more generally." 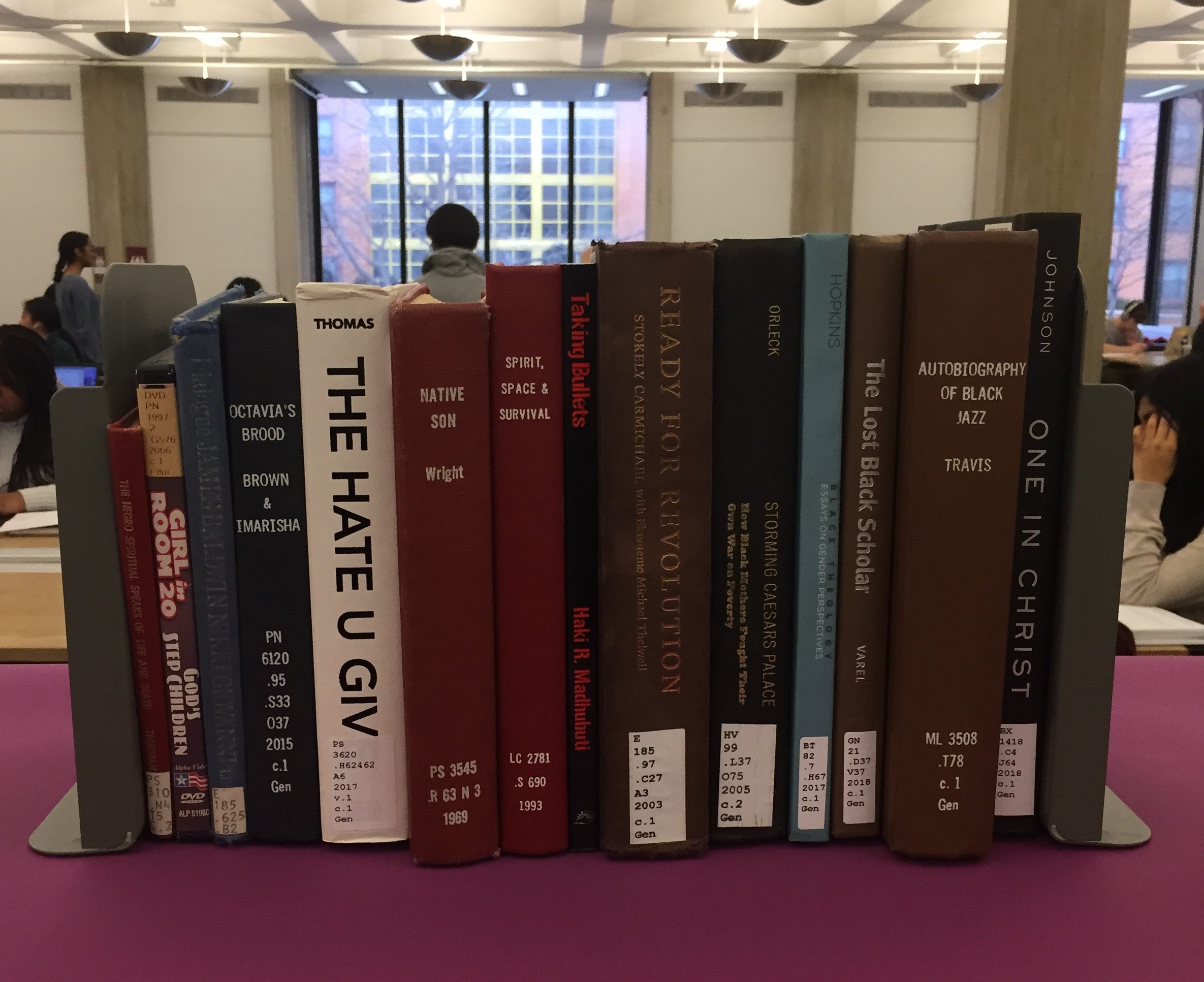 The Hate You Give

Suggested by Sierra Meszaros, M.A. student in the Divinity School.

"I recommended The Hate U Give, and author Angie Thomas more broadly, for her representation of the complexities of black teenager-hood, a story that often gets essentialized in supporting characters. Often provide comic relief, or emotional support to a white, cis-gendered male or female lead character. Thomas writes in vernacular and Ebonics, and tells poignant stories of marginalization, police brutality, and the universal truths of growing up. She paints an image of black teenagers as thoughtful, capable, talented, and deeply loved. Their blackness is intentional, and in the end it is their strength." 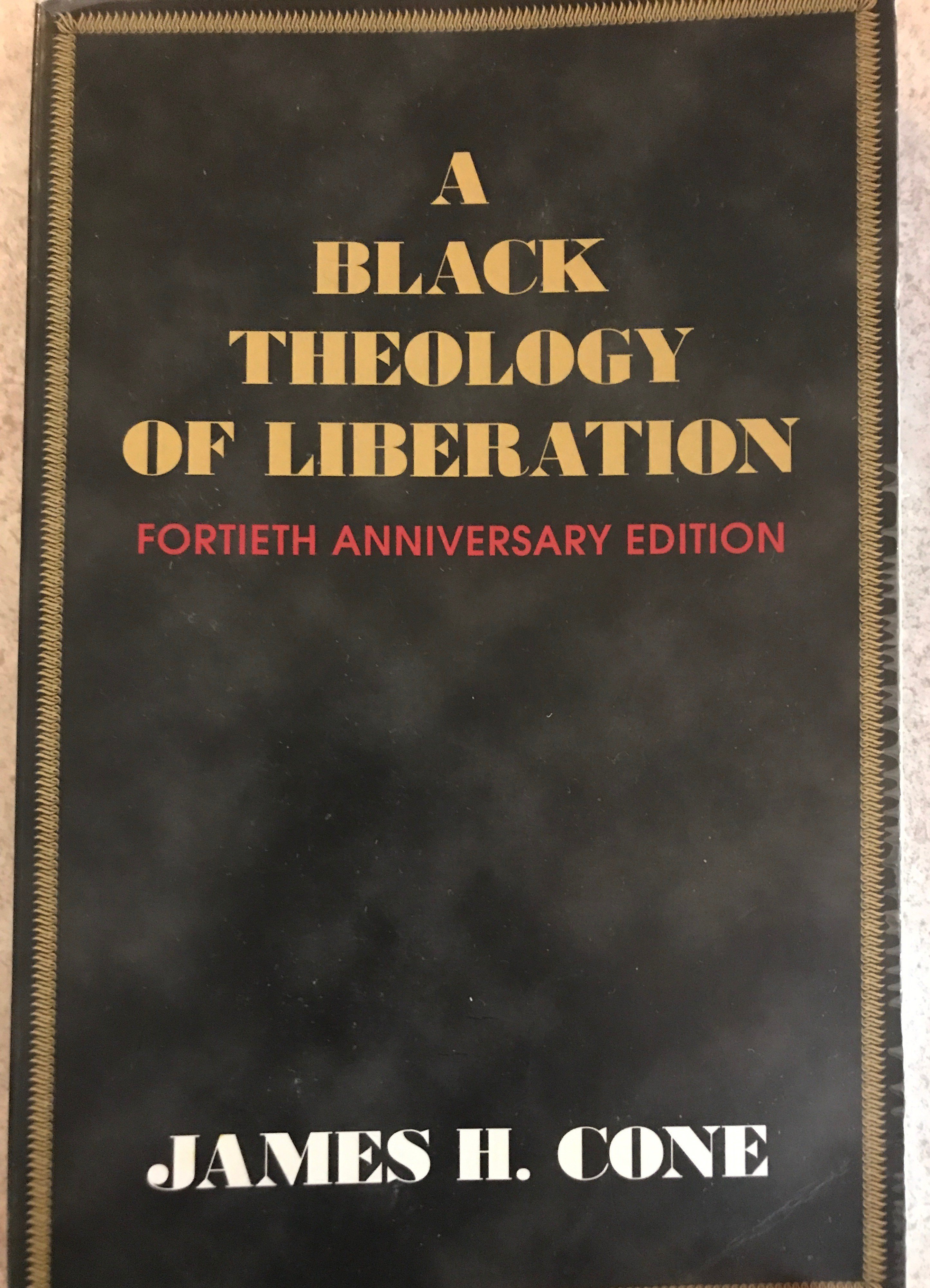 A Black Theology of Liberation

Suggested by Matthew Vega, Ph.D. student in Theology in the Divinity School

"I suggested a Black Theology of Liberation because James Cone is the greatest American theologian in history. His groundbreaking systematic work explicates various theological foci while intersecting it with both liberation and the contemporary moment of racialized America." 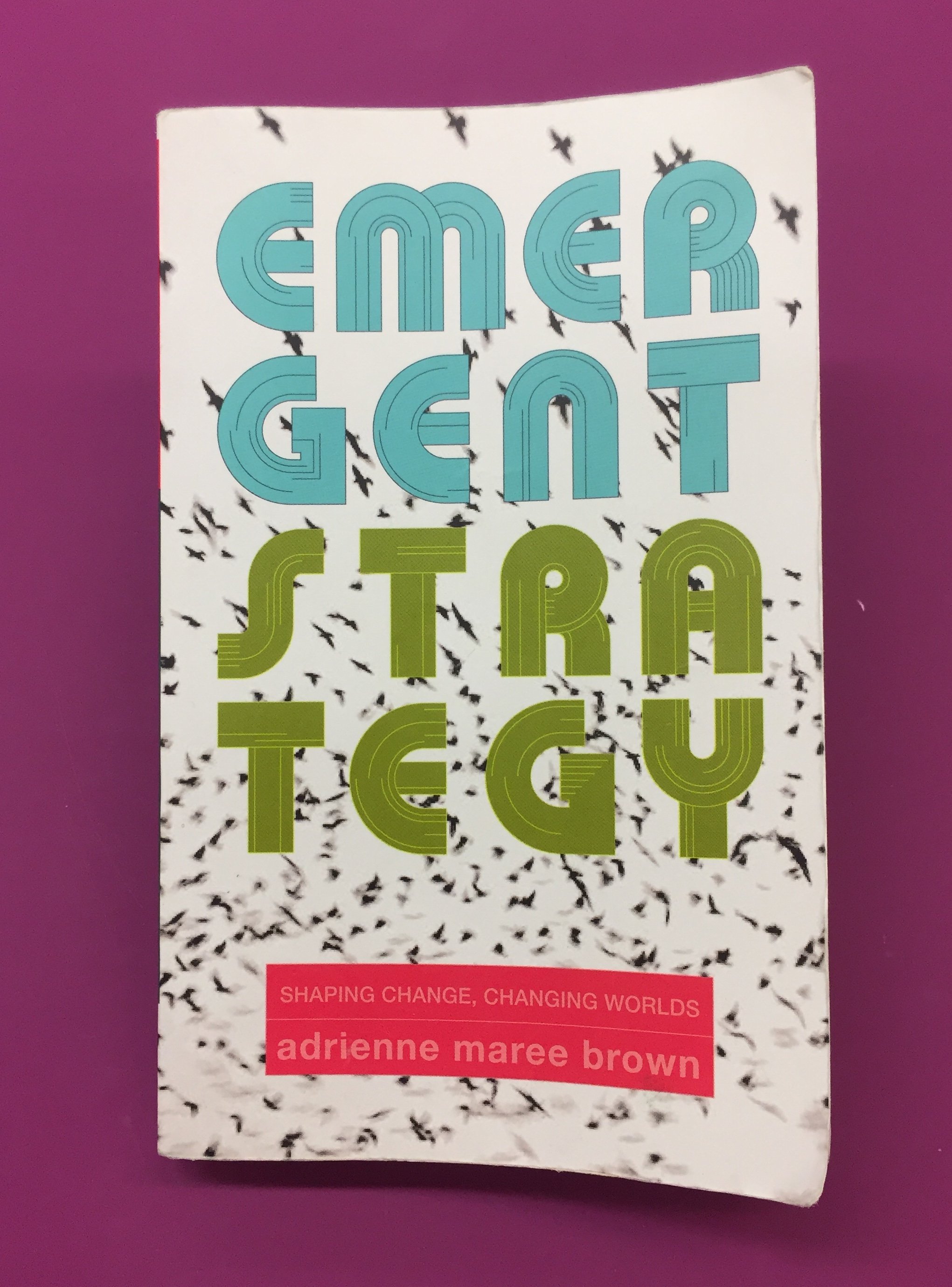 Suggested by Sarah Zuniga, Master of Divinity Candidate in the Divinity School

"adrienne maree brown introduces her work and herself in a way that, to me, connect herself with her audience in an intimate way. Her examination of emergent strategy reminds us what it means to be in community, how to connect, and how to love."