Iron gall ink (IGI) deterioration is one of the most troublesome problems in the conservation of cultural heritage. IGI is produced by the reaction of tannic acid with an iron salt, such as ferrous sulfate (FeSO). The solution is initially colorless, but when it is applied to paper and exposed to air, it oxidizes, forming ferric tannate, and turns brown. Unfortunately, the excess iron sulfate, or Fe(II), in iron gall ink can cause severe degradation in the paper or parchment support beneath it by accelerating the oxidative breakdown of the surface through Fenton's reaction. IGI was in wide use from the 9th century until the 19th century, and there are innumerable objects that display the signs of iron gall ink deterioration.

This 15th century parchment manuscript exhibits severe burnthrough, haloing and lacing. "Haloing" is when a light brown halo spreads out from the inked area. "Burnthrough" or "strikethrough" is when the ink appears to sink through the paper and become increasingly visible on the reverse side, and "lacing" is when the inked areas become so weak and brittle that they crack, crumble and fall out.

This 12th century manuscript shows lacing in some areas but no visible IGI deterioration in others. The affected areas also exhibit water damage, indicating that the water may have spread out the damaging ions and accelerated deterioration.

One of the most effective methods to reverse IGI deterioration was developed by conservation scientists at the Netherlands Cultural Heritage Agency (RCE). It involves immersing the object in water containing calcium phytate to complex both Fe(II) and Fe(III) ions and prevent iron-catalyzed cellulose degradation. This is followed by testing the surface of the wet paper with test strips available from RCE, which indicate whether the ions have been removed. If they have been, the object is then bathed in a deacidification solution containing calcium bicarbonate, which will slow down acid-catalyzed deterioration. This treatment has come into wide use in the last decade thanks to the work of the RCE scientists. Unfortunately, parchment, like the 15th century manuscript shown here, cannot be exposed to water and cannot benefit from this treatment. 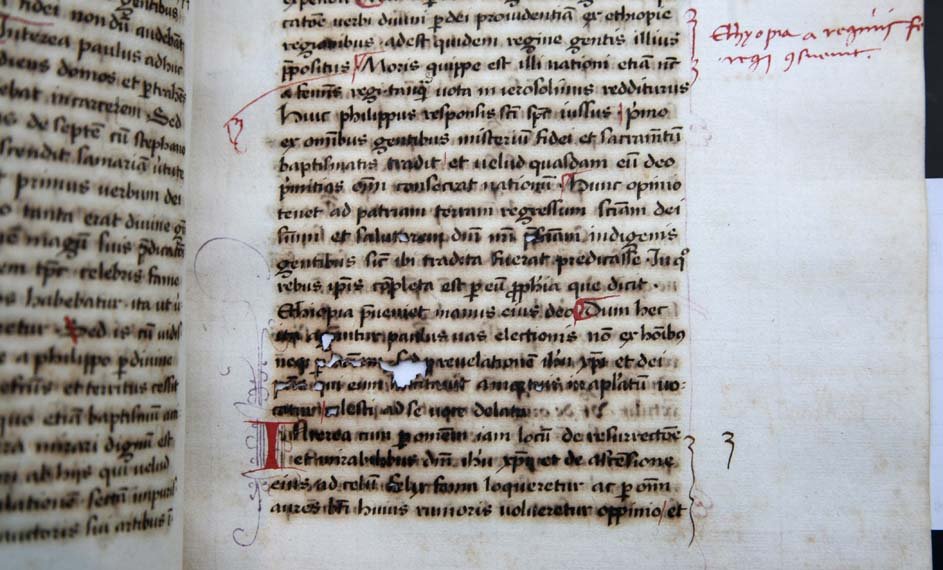 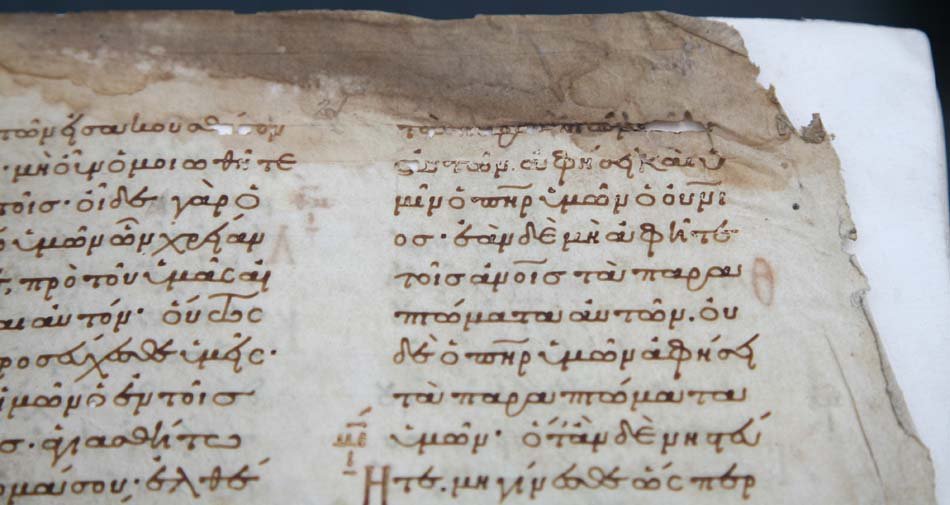