On December 17, 1938 a silver plated pneumatic spade was used to break ground on the Chicago subway project. In his speech, Mayor Kelly said "the city's greater future has begun." He continued "Chicago's pioneering spirit may be stymied at times in its expression, but not stopped in its fulfillment. Other cities may have thought we were paralyzed with chronic traction complaint – tied hand and foot with red tape and the hamstrings of postponement. What they did not know is that Chicago always gets what it wants." 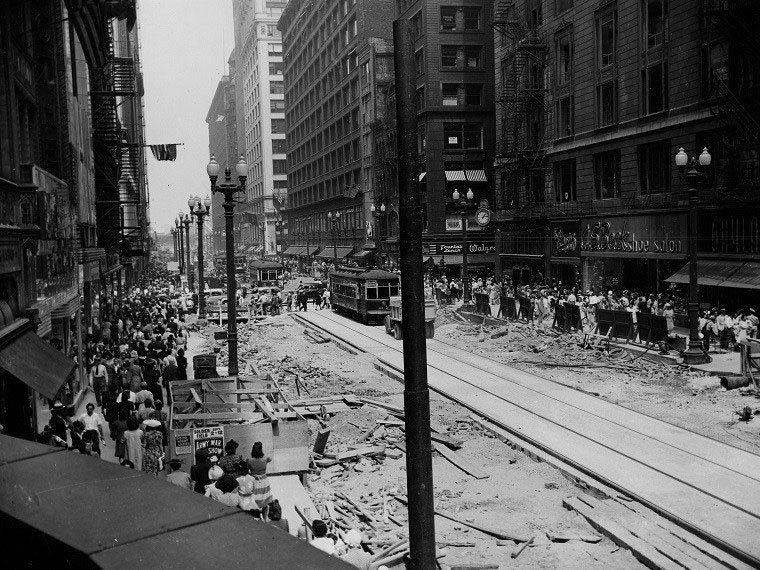