In 1905, Joseph M. Patterson, Commissioner of Public Works, asked three engineers, John M. Ewen, Louis E. Ritter and E.C. Shankland, to prepare reports on the possible settling of streets in Chicago due to the construction of the tunnels. 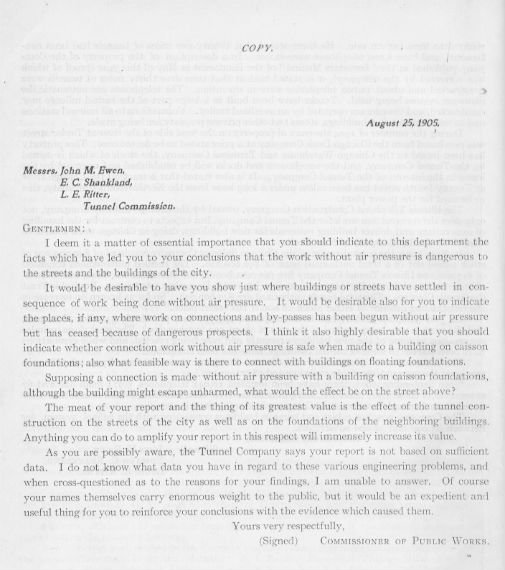