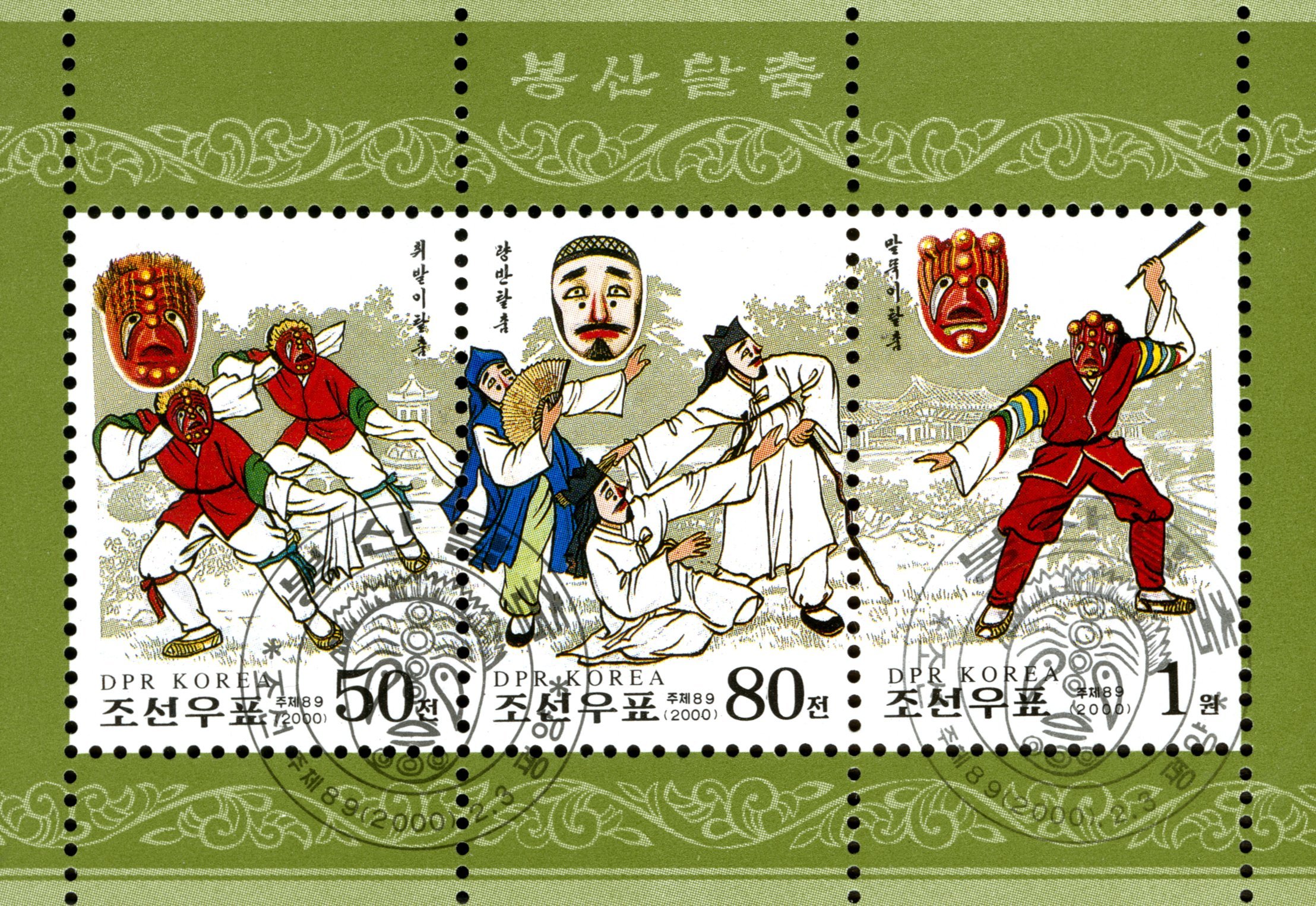 Designated by South Korea as the 17th Important Intangible Cultural Property, the Bongsan Mask Dance originated in Hwanghae-do, a province located northwest of the DMZ. Practiced and passed down as a form of folk entertainment between commoners, the Bongsan Masked Dance allowed its disguised performers to criticize the corrupt social hierarchies of the late Joseon era through parody and satire. In the center-panel stamp, we see three noble brothers (middle-panel) at the mercy of his servant (right panel). Other characters from the drama also appear, such as two drunkards (left-panel). 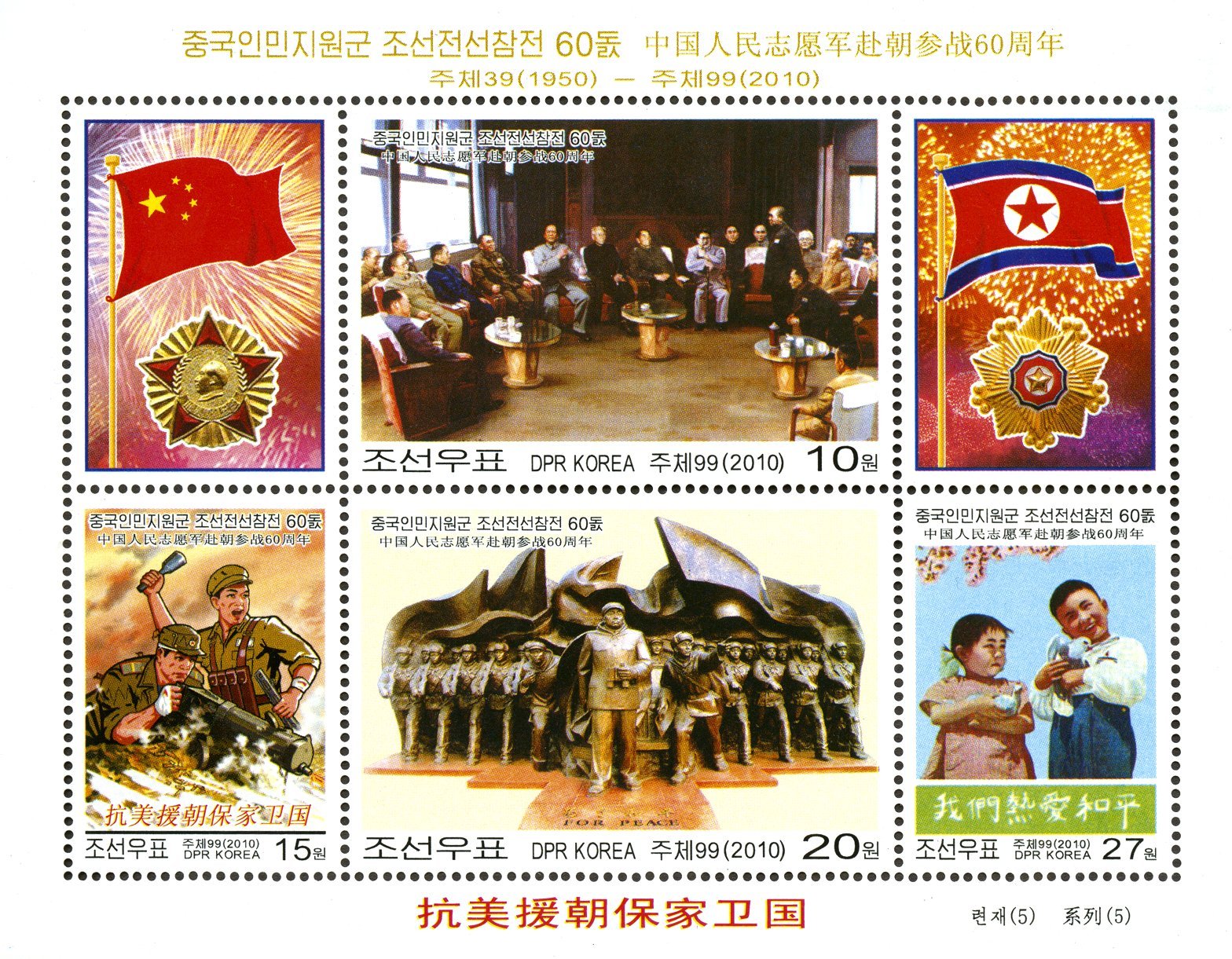 The Chinese People's Volunteer Army (CPV) entered the Korean War in 1950 to reinforce the Democratic People's Republic of Korea (DPRK). In 2010, the Korea Stamp Corporation in Pyongyang issued stamps commemorating the 60th anniversary of the CPV's participation on the front lines. This six-stamp sheet includes an image of the Chinese CPV monument built in Dandong near the North-China border (bottom center), an oil-painting of the Chinese Communist Party caucus to discuss participation in the Korean War (top center), soldiers from both sides in battle together (bottom left), two children holding pigeons to symbolize peace (bottom right) and two medals of honor for soldiers of both nations displayed under their respective flags (top left and right). 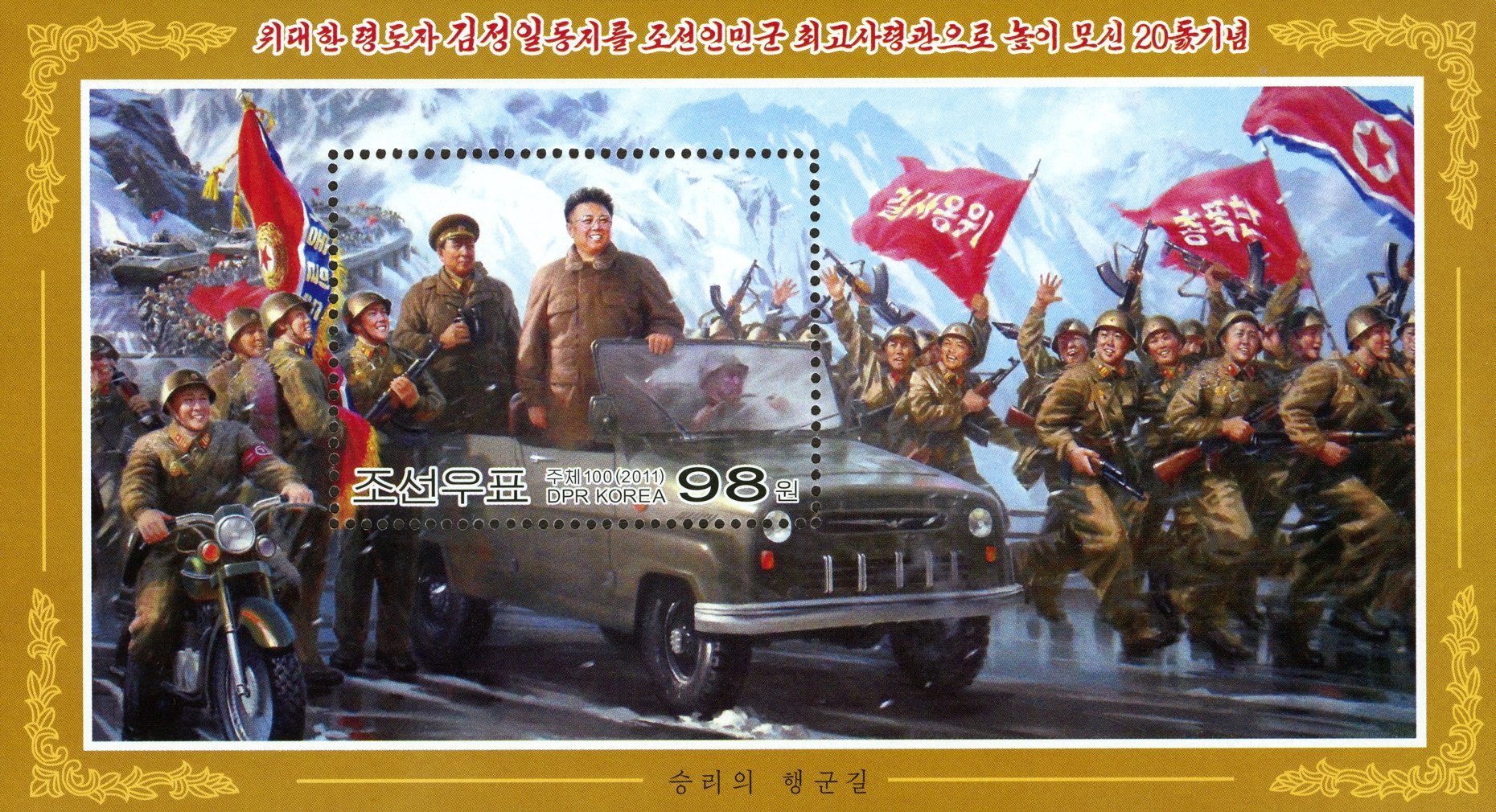 Upon the passing of Kim Il-sung on July 8th, 1994, his first born son Kim Jong-il (1941-2011) succeeded him as Supreme Leader. The stamp is set on December 24, 1991 when Kim Jong-il took over as supreme commander of the Korean People's Army (KPA), a position previously held by his father for 40 years. Kim Jong-il appears here standing in a jeep as it passes a parade of soldiers whose celebration winds endlessly into the mountainous background. 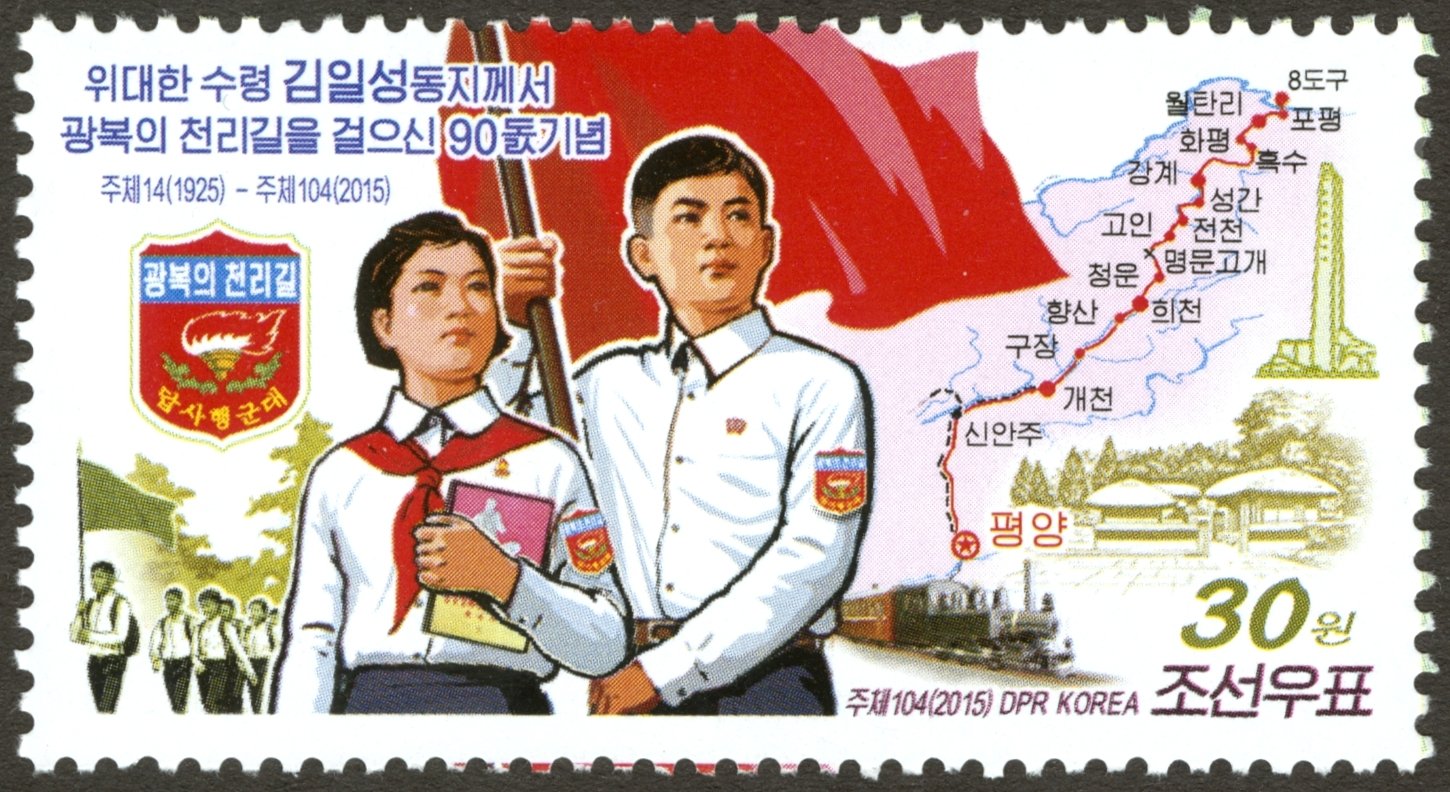 The One Thousand-ri Journey for National Liberation

This stamp commemorates the 90th anniversary of an event known as the One Thousand-ri Journey for National Liberation. On January 22, 1925, a fourteen year old Kim Il-sung left his home in Mangyongdae (near Pyongyang) and went all the way to northeastern China to join the anti-Japanese armed struggle. Every March, North Korean students embark on the same thousand-li (about 393 km) expedition. In the foreground of this image, two young students with “exploration march” patches on crisp white uniforms hold a red flag. Behind them is the mapped route of the One Thousand-ri Journey, leading from Pyongyang through Gaecheon, Hyangsan, Ganggye and Hwapyeong to the northernmost city of Pophyong. The small graphics to the right of the map depict landmarks such as Kim Il-sung’s old home and the Monument to the Victorious Battle of the Musan Area (both of which are featured elsewhere in the Collection).