For more information about the etched portrait of John Marshall, see: 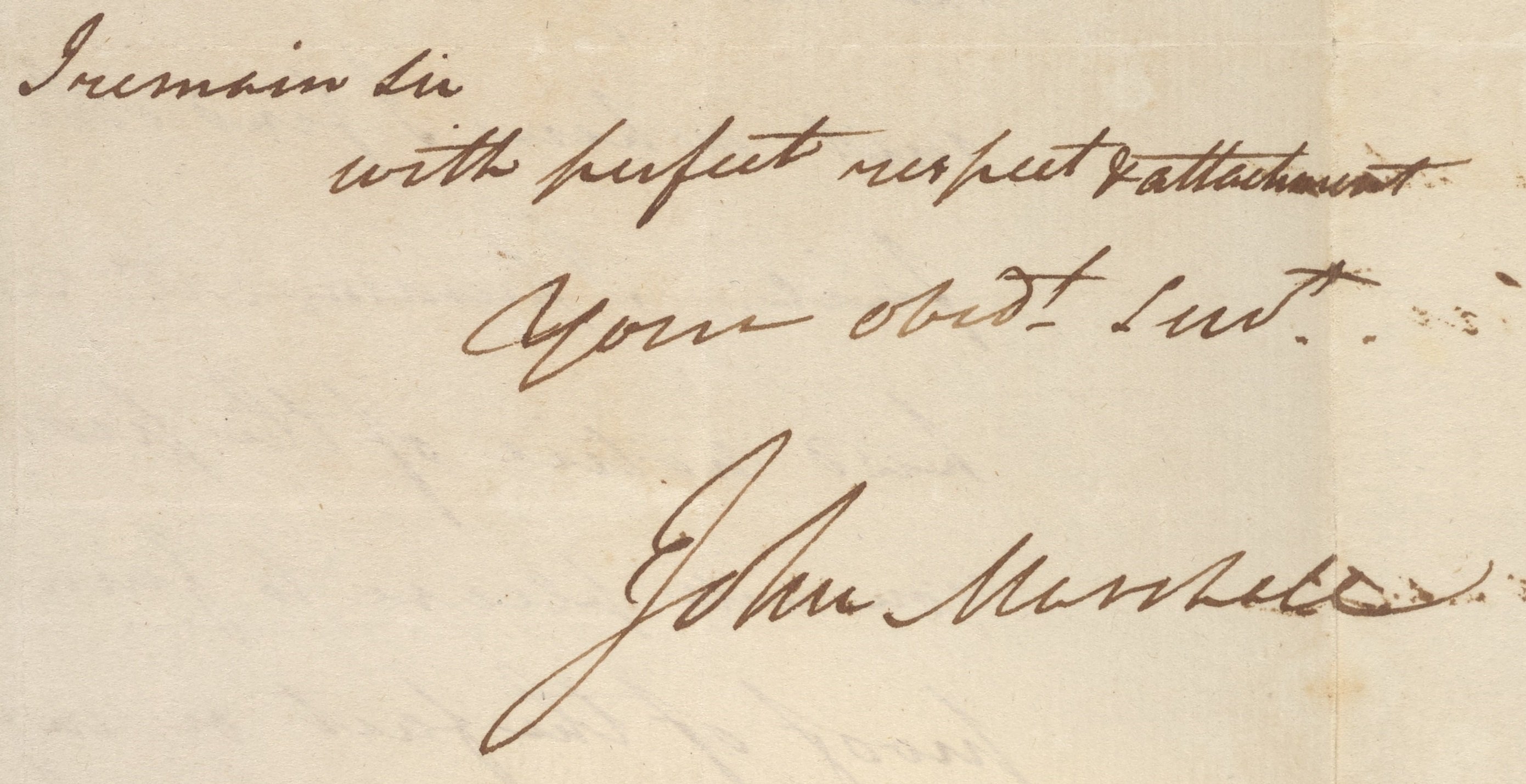 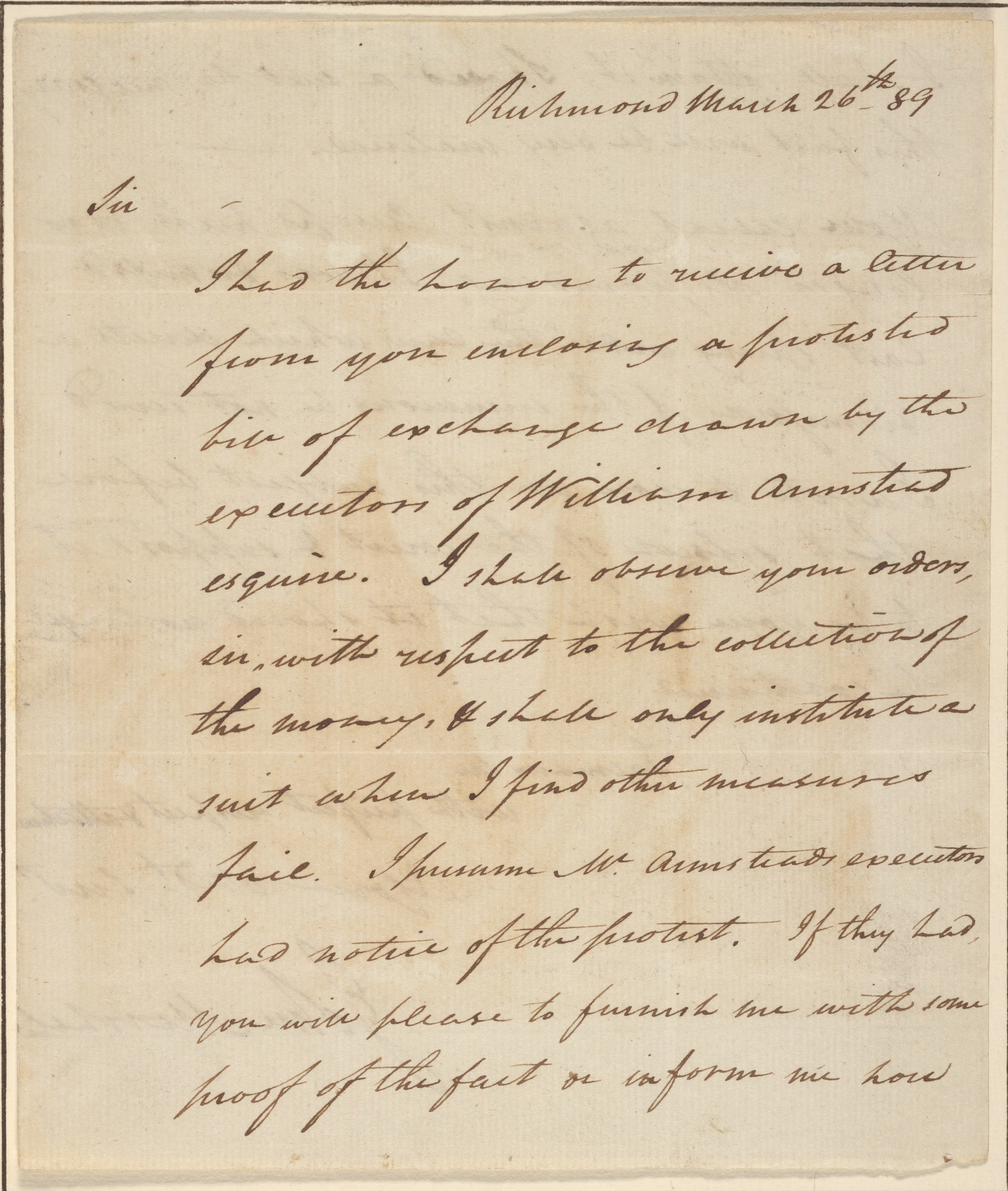 I had the honor to receive a letter from you enclosing a protested bill of exchange drawn by the executors of William Armstead esquire. I shall observe your orders, sir, with respect to the collection of the money, & shall only institute a suit when I find other measures fail. I presume Mr. Armstead’s executors had notice of the protest. If they had, you will please to furnish me with some proof of the fact or inform me how I shall obtain it. Should a suit be necessary this fact will be very material.

Your caveat against Cresap’s heirs is no longer depending. It was dismissed last spring under the law which directs a dismission if the summons be not served. I wrote to you on this subject before that session of the court and supposed it to be your wish that it should no longer be continued.

The Practice of Law and the Ratification of the Constitution

For more about the practice of law in the early United States, see:

For more about the ratification of the U.S. Constitution, see:

The Impending Inauguration of the First President of the United States

At the time that he received this letter from Marshall, George Washington was likely preparing for his inauguration as the first President of the United States, which took place on April 30, 1789, one month after this letter was sent. As the letter indicates, however, he was also busy trying to resolve legal disputes regarding a debt that he was owed and land that he held a claim to in the Ohio River Valley.

For more about George Washington's inauguration and the early years of his presidency, see:

For more about the legal disputes discussed in this letter, see:

John Marshall served as the fourth Chief Justice of the U.S. Supreme Court. He was nominated by President John Adams to the seat vacated by Oliver Ellsworth in 1801. Chief Justice Marshall is known for authoring many important opinions that transformed the role of the Court, including the opinion in Marbury v. Madison, 5 US 137 (1803). As Chief Justice, he also presided over the treason trial of Aaron Burr. Before his service as Chief Justice, Marshall served as the Minister to France, a U.S. Representative from Virginia, and the U.S. Secretary of State.

For more about the Marshall Court, see:

For more about the treason trial of Aaron Burr, see:

For more about John Marshall's life and career, see: