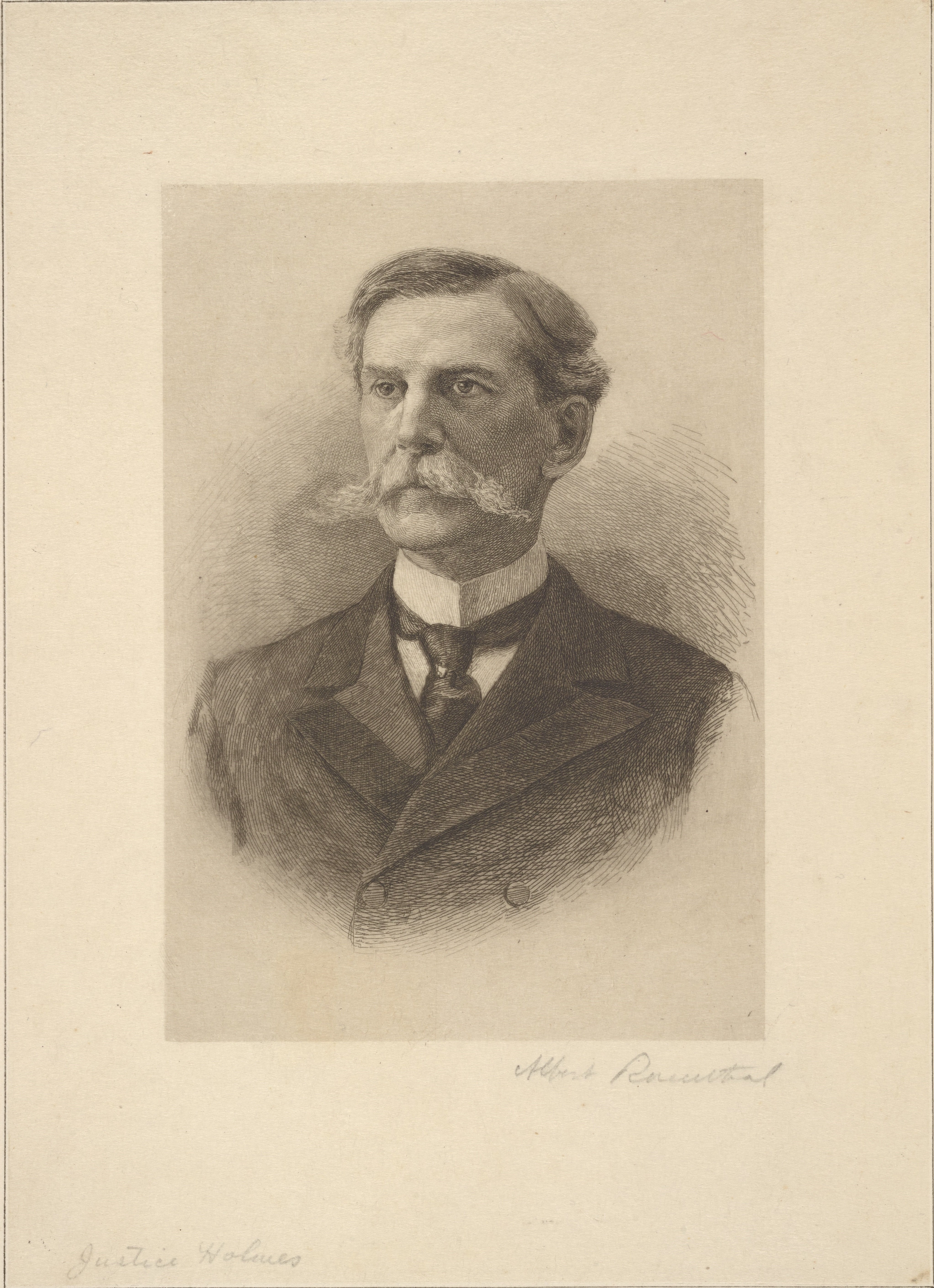 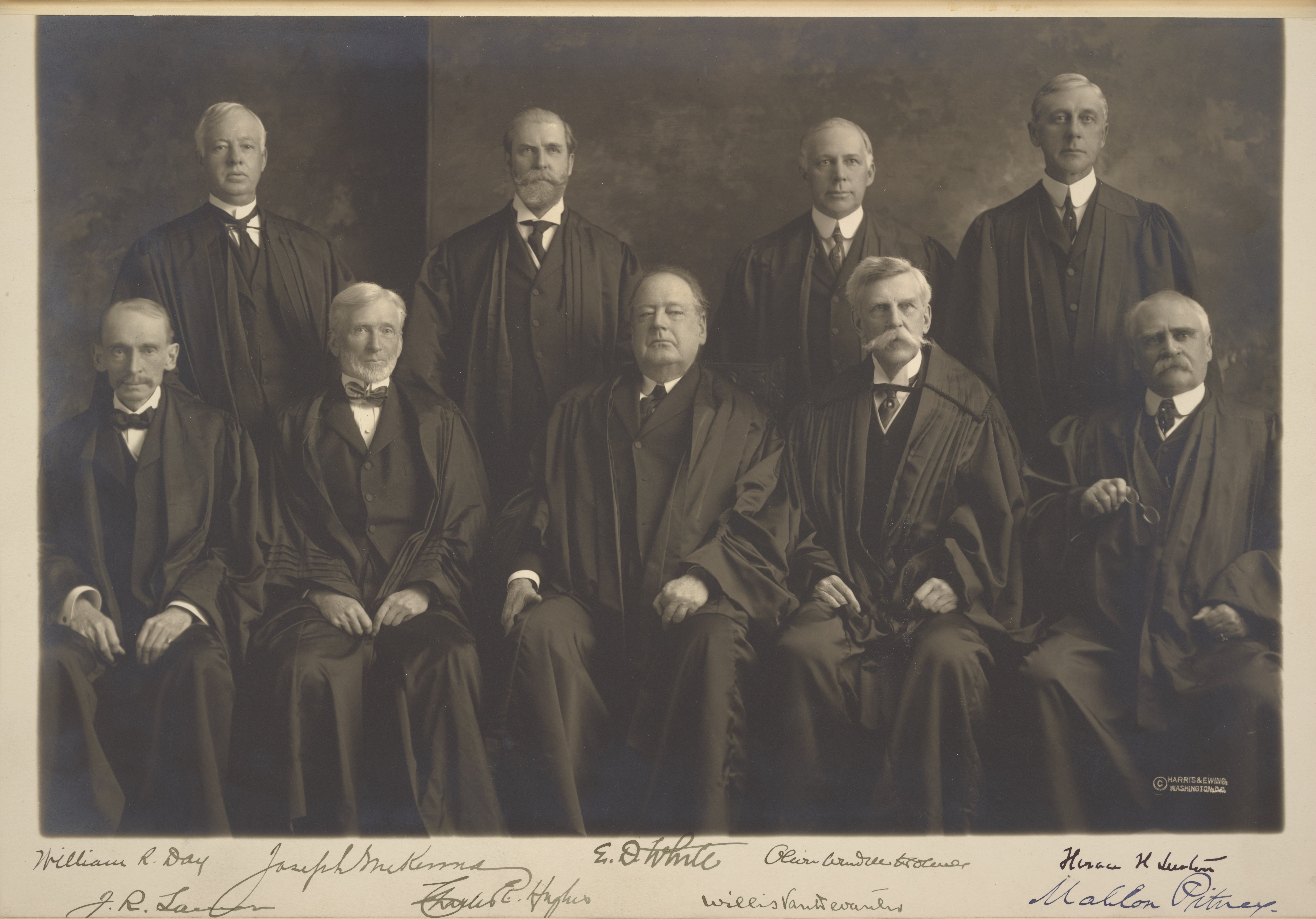 This photograph of the White Court is undated, but was likely taken between 1912 and 1914 based on who is pictured. Front row: Justices Day and McKenna, Chief Justice White, Justices Holmes and Lurton; Back row: Justices Lamar, Hughes, Van Devanter, and Pitney. 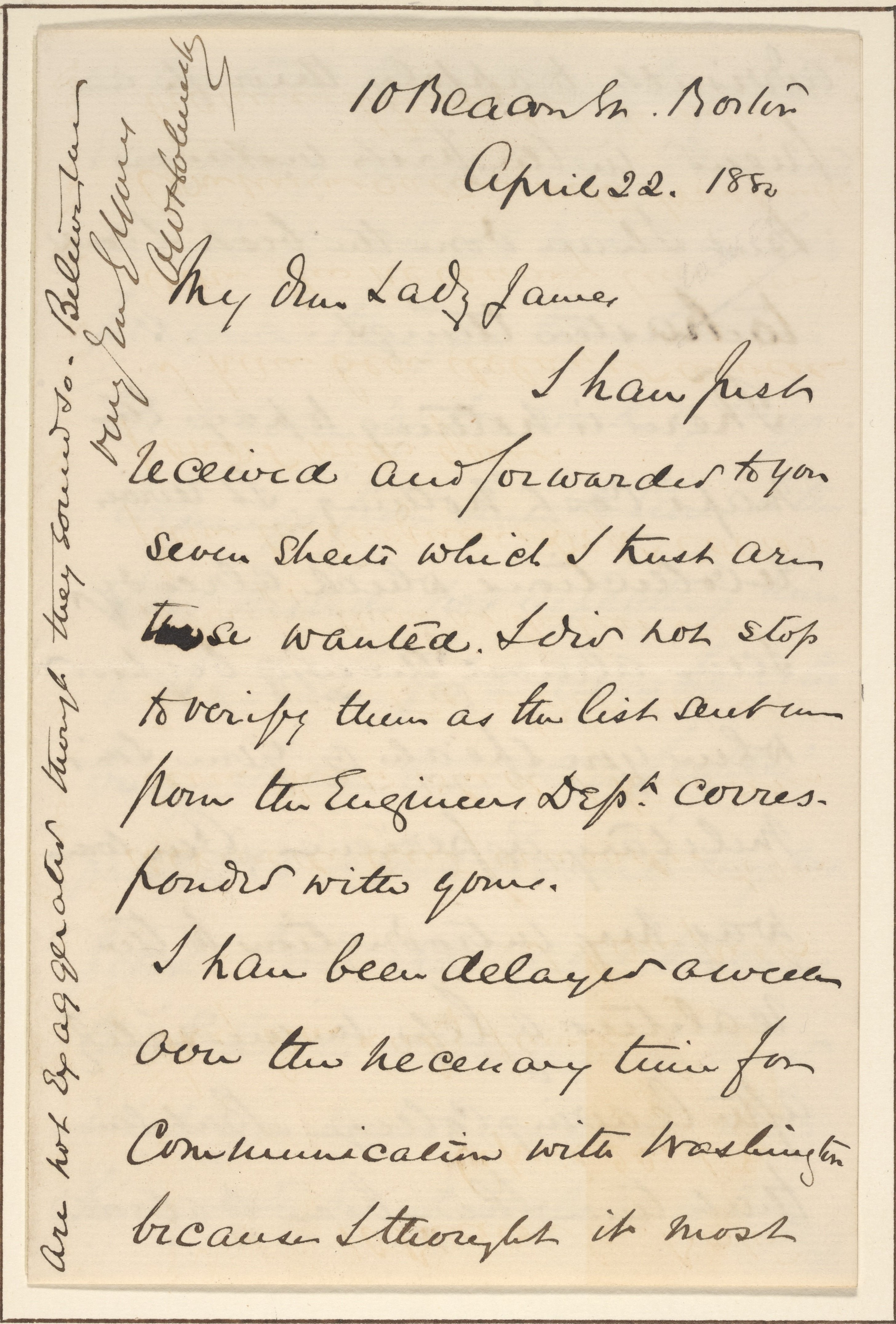 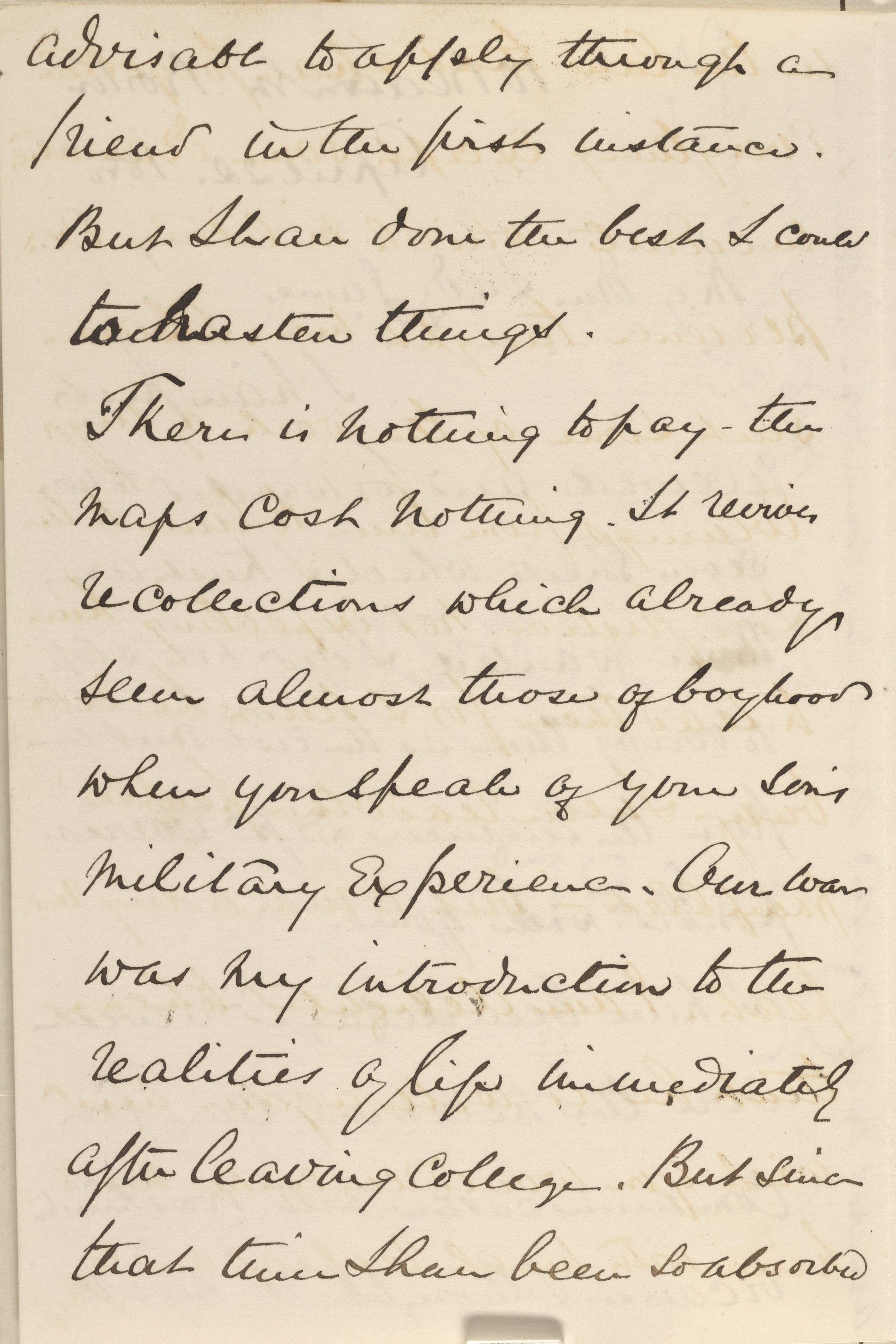 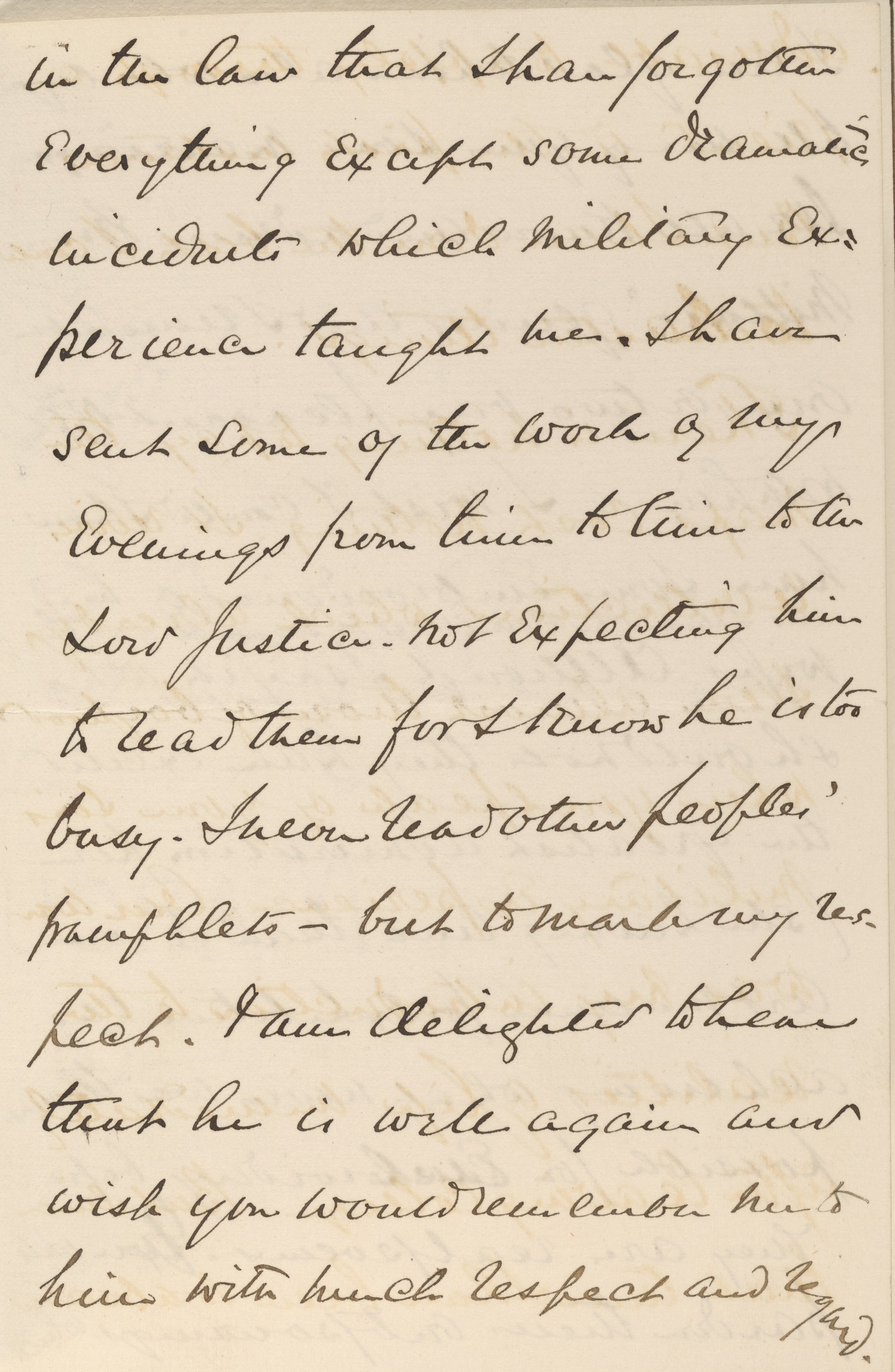 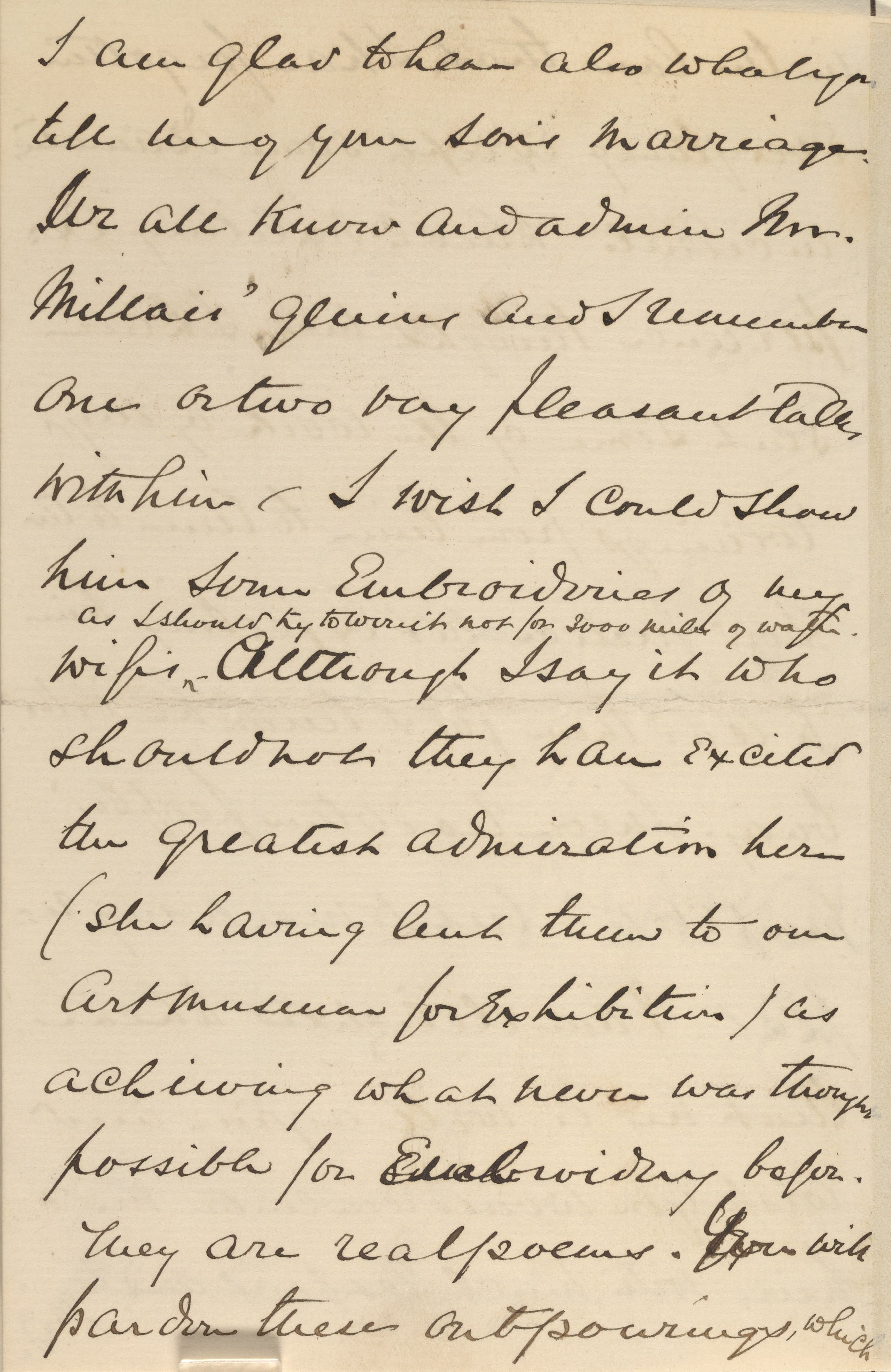 I have just received and forwarded to you seven sheets which I trust are those wanted. I did not stop to verify them as the list sent me from the Engineers Dep.t corresponded with yours.

I have been delayed a week over the necessary time for communication with Washington because I thought it most advisable to apply through a friend in the first instance. But I have done the best I could to hasten things.

There is nothing to pay - the maps cost nothing. It revives recollections which already seem almost those of boyhood when you speak of your son's military experience. Our war was my introduction to the realities of life immediately after leaving college. But since that time I have been so absorbed in the law that I have forgotten everything except some dramatic incidents which military experience taught me. I have sent some of the work of my evenings from time to time to his Lord Justice - not expecting him to read them for I know he is too busy, I never read other peoples' pamphlets - but to mark my respect. I am delighted to hear that he is well again and wish you would remember me to him with much respect and regard.

I am glad to hear also what you tell me of your son's marriage. We all know and admire Mr. Millais' quiver and I remember one or two very pleasant talks with him. I wish I could show him some embroideries of my wife's as I should try to [?] not for 3000 miles of water. Although I say it who should not, they have excited the greatest admiration here (she having lent them to our art museum for exhibition) as achieving what never was thought possible for embroidery before. They are real poems. You will pardon these outpourings, which are not exaggeration though they sound so. Believe me 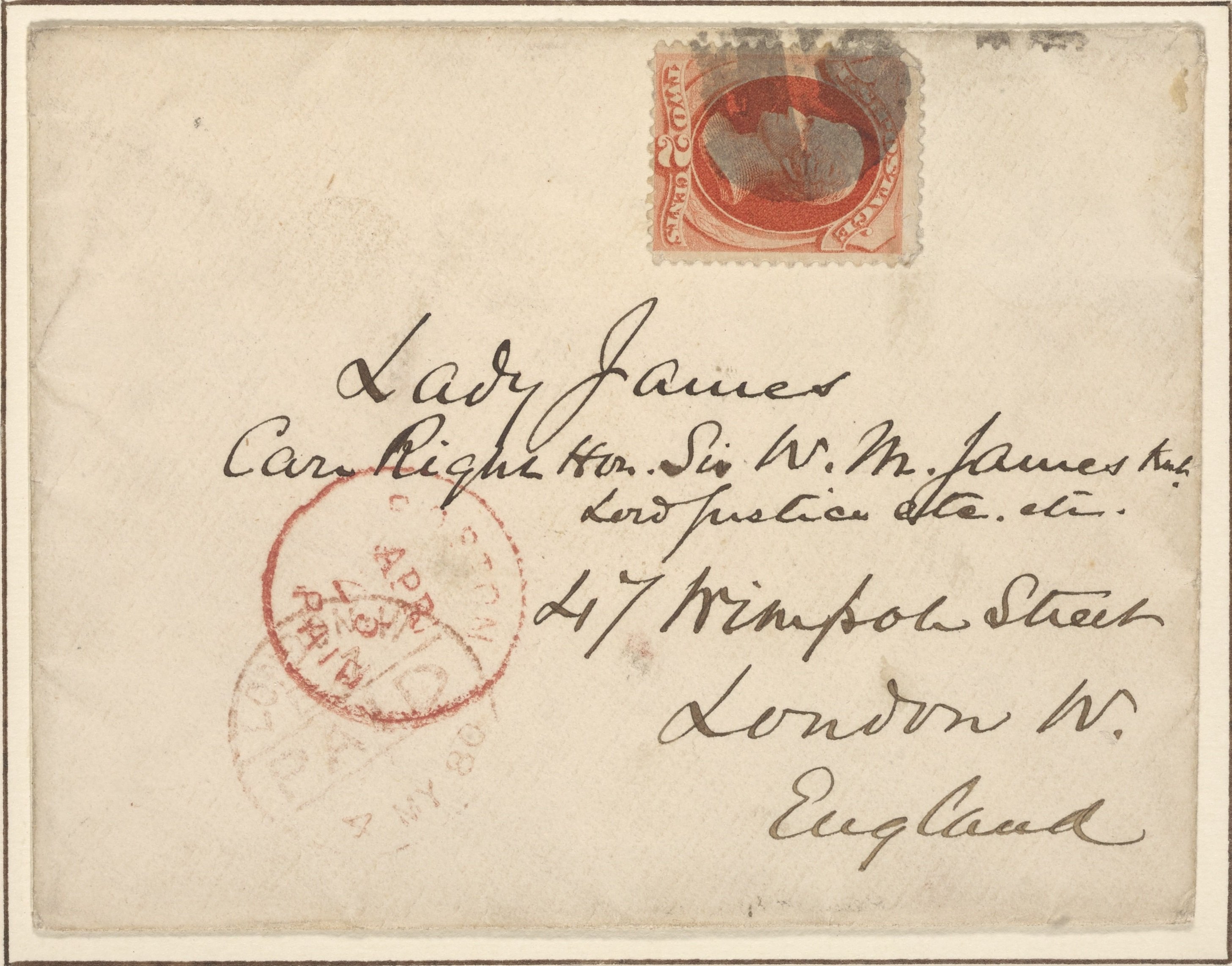 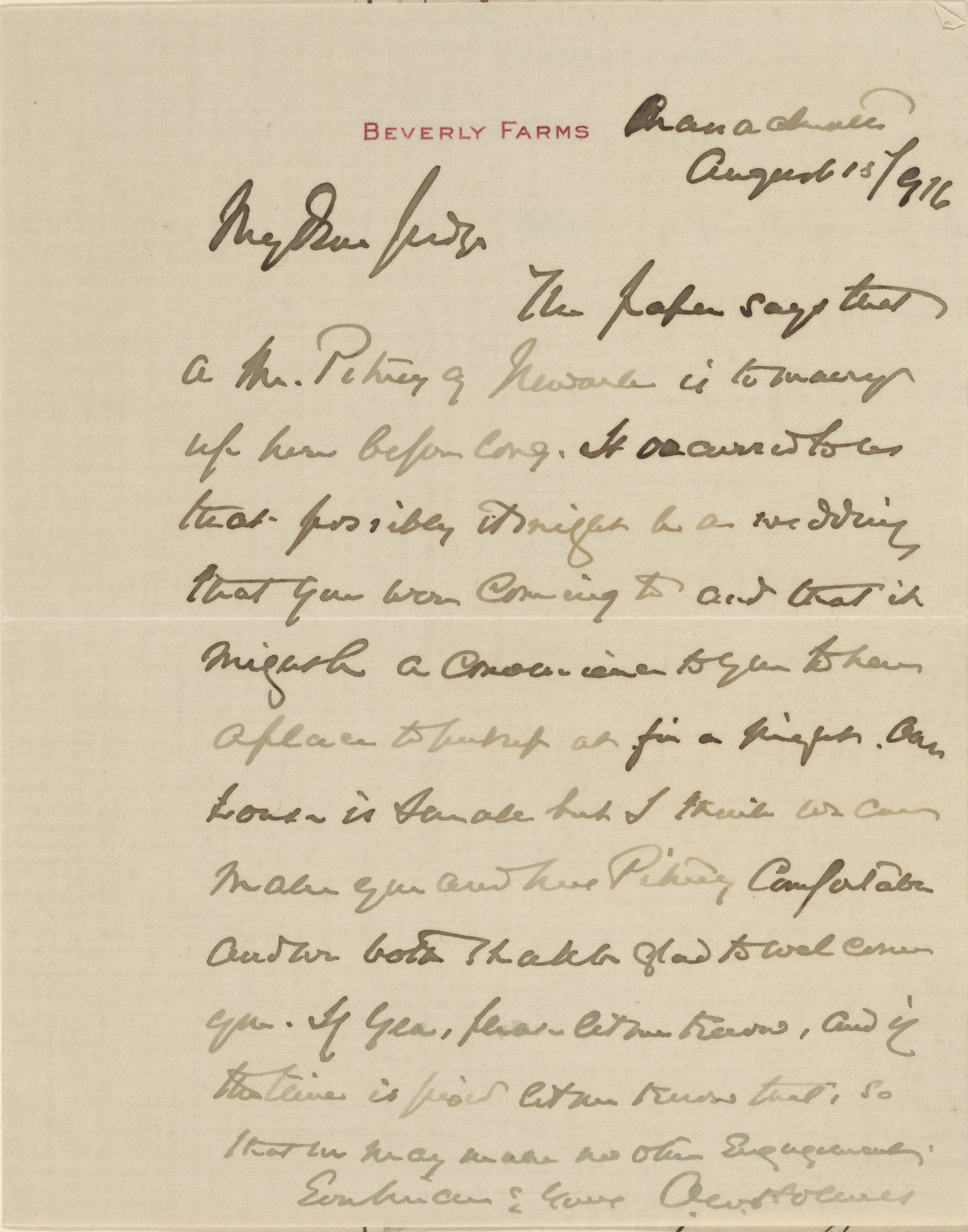 The paper says that a Mr. Pitney of Newark is to marry up here before long. It occurred to us that possibly it might be a wedding that you were coming to and that it might be a convenience to you to have a place to [bunk up at] for a night. Our [house] is [serviceable] but I think we can make you and [Mrs.] Pitney comfortable and we both shall be glad to welcome you. If yea, please let me know, and if the time is [fixed] let me know that, so that we may make no other engagements. 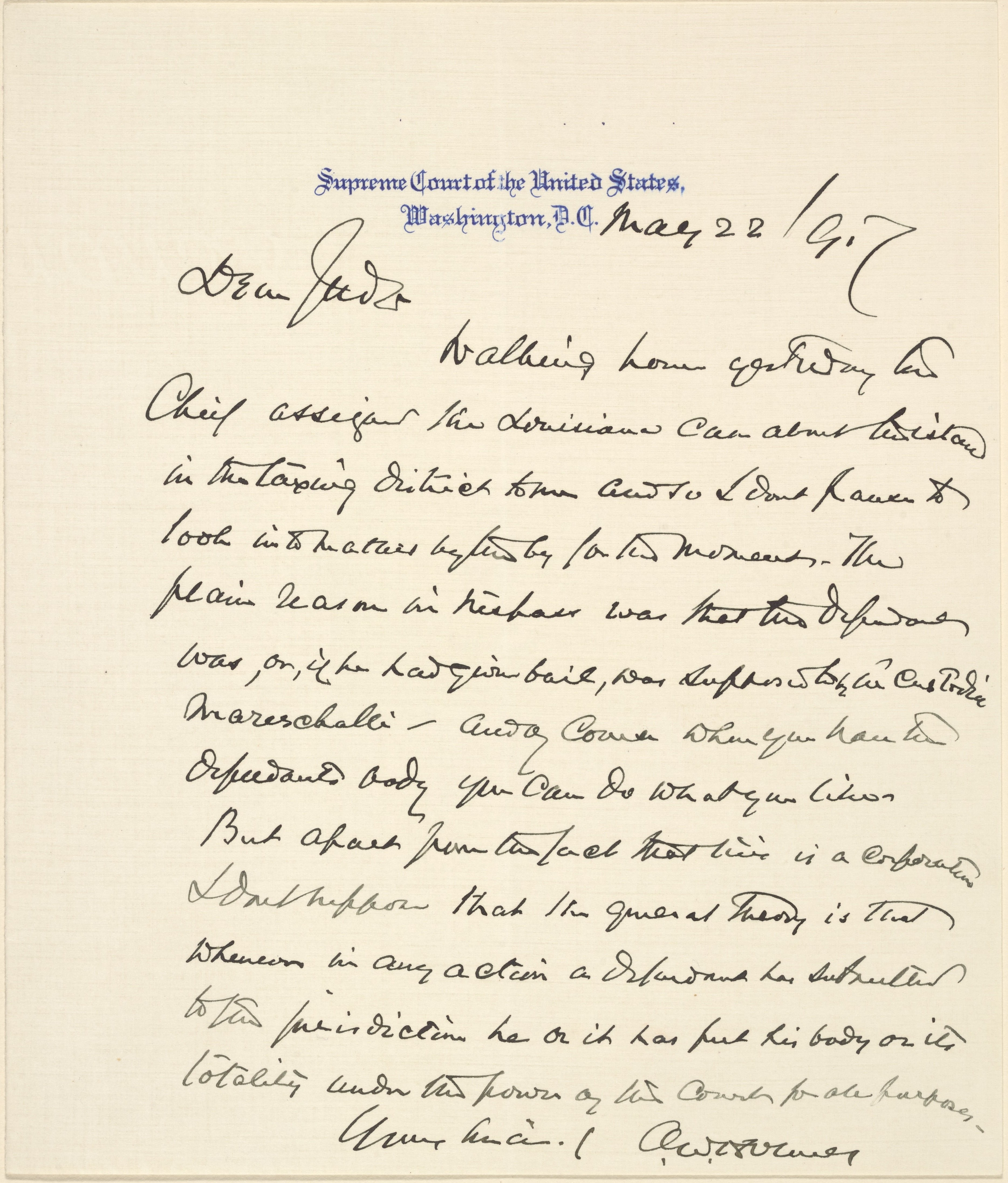 This letter is from Oliver Wendell Holmes to one of his colleagues on the U.S. Supreme Court in either 1907 or 1917.

Due to the difficulty in transcribing this letter, the following is offered as only a rough draft of a transcription of this letter:

Walking home yesterday the Chief assigned the Louisiana case about [the island] in the [taxing district] to me and so I [don't ?] to look into [? by the by ? moment]. The plain harm in [his favor?] was that the defendant was, or, if he had given bail, was [supposed to be in custody mareschal] - and of course when you have the defendant's body you can do what you like. But apart from the fact that [?] is a corporation [I don't suppose] that the general theory is that whenever in any action a defendant has submitted to the jurisdiction he or it has put his body or its totality under the power of this Court for all purposes.

About Maria and William Milbourne James, and Family

At the time that this letter was written, Sir William Milbourne James was serving as a Lord Justice of Appeal of the Court of Appeal of England and Wales, a position he held from 1870 until his death in 1881. His wife, Lady Maria James, was the daughter of William Otter, who had been a Bishop of Chichester and the first principal of King's College, London.

The marriage that Holmes references in his letter to Lady James is that of her son, William Christopher James, to Effie Gray Millais, daughter of the painter John Everett Millais. In 1886, John Everett Millais would paint their young son, William Milbourne James, blowing bubbles. As an adult, the younger William Milbourne James would become an Admiral in the Royal Navy.

For more about Maria and William Milbourne James and their Family, see:

At the time that the August 18, 1916 letter to Justice Mahlon Pitney was sent, both men were serving as Associate Justices on the U.S. Supreme Court. Pitney joined Holmes on the Court in 1912, after having been nominated by President William H. Taft. Before his service on the Court, Pitney had an active legal and political career in New Jersey.

The wedding Holmes references in the letter is the wedding of Justice Pitney's nephew, John Ballantine Pitney (the son of Pitney's brother John O. H. Pitney) to Mary Frances Williams on September 19, 1916.

The career of Oliver Wendell Holmes began in the military shortly after the start of the Civil War. After enlisting, Holmes served as a U.S. Army lieutenant with the Twentieth Regiment of the Massachusetts Volunteer Infantry from 1861 to 1864. After the war, he established a private law practice in Boston and taught at various law schools, including Harvard. In 1882 he was appointed a justice on the Supreme Judicial Court of Massachusetts, and he became Chief Justice of that court in 1899.

Oliver Wendell Holmes was nominated to the U.S. Supreme Court in 1902 by President Theodore Roosevelt. He served as an Associate Justice on the Court until his retirement in 1932.

For more about Oliver Wendell Holmes's life and career, see: