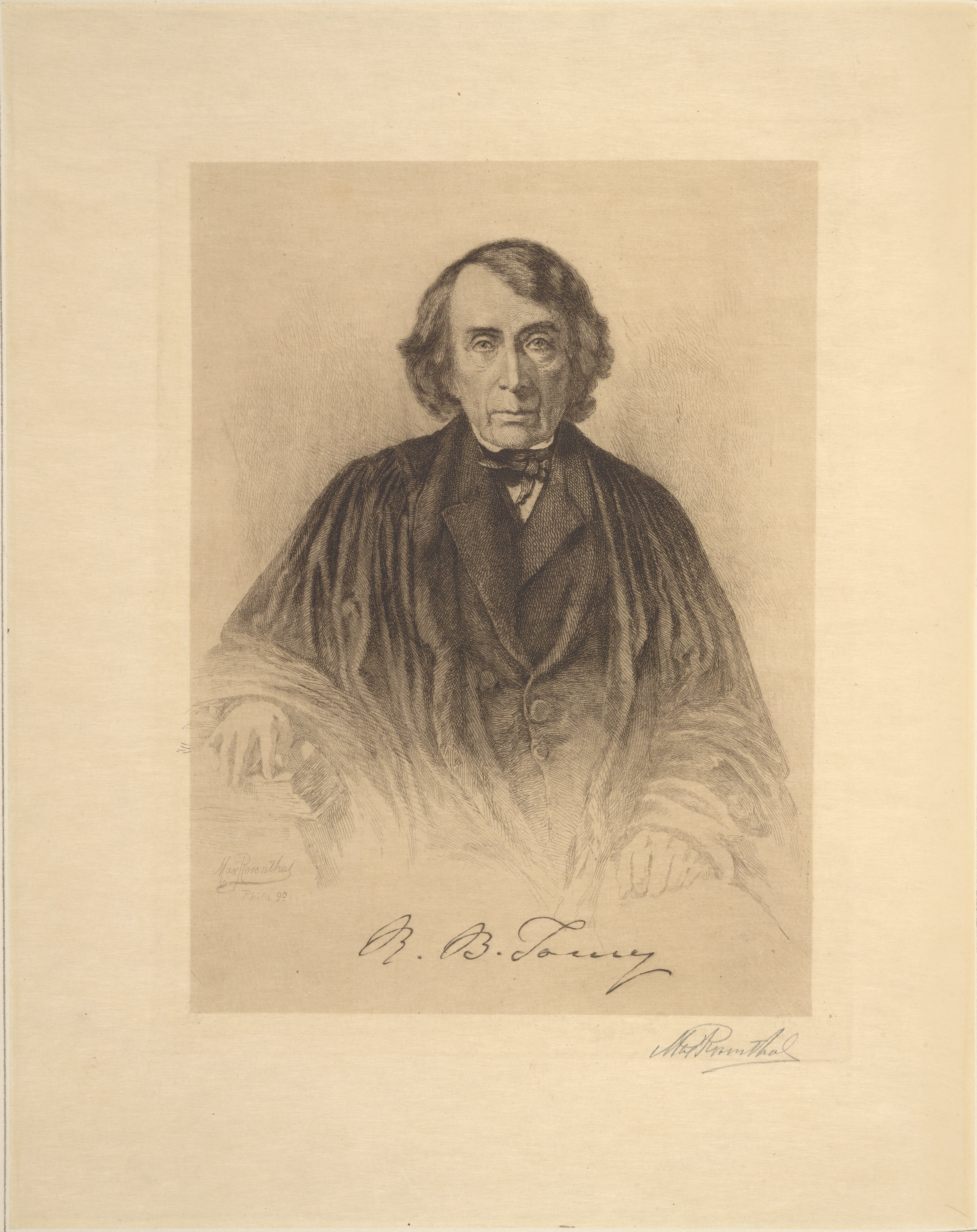 For more information about the etched portrait of Roger Brooke Taney, see: 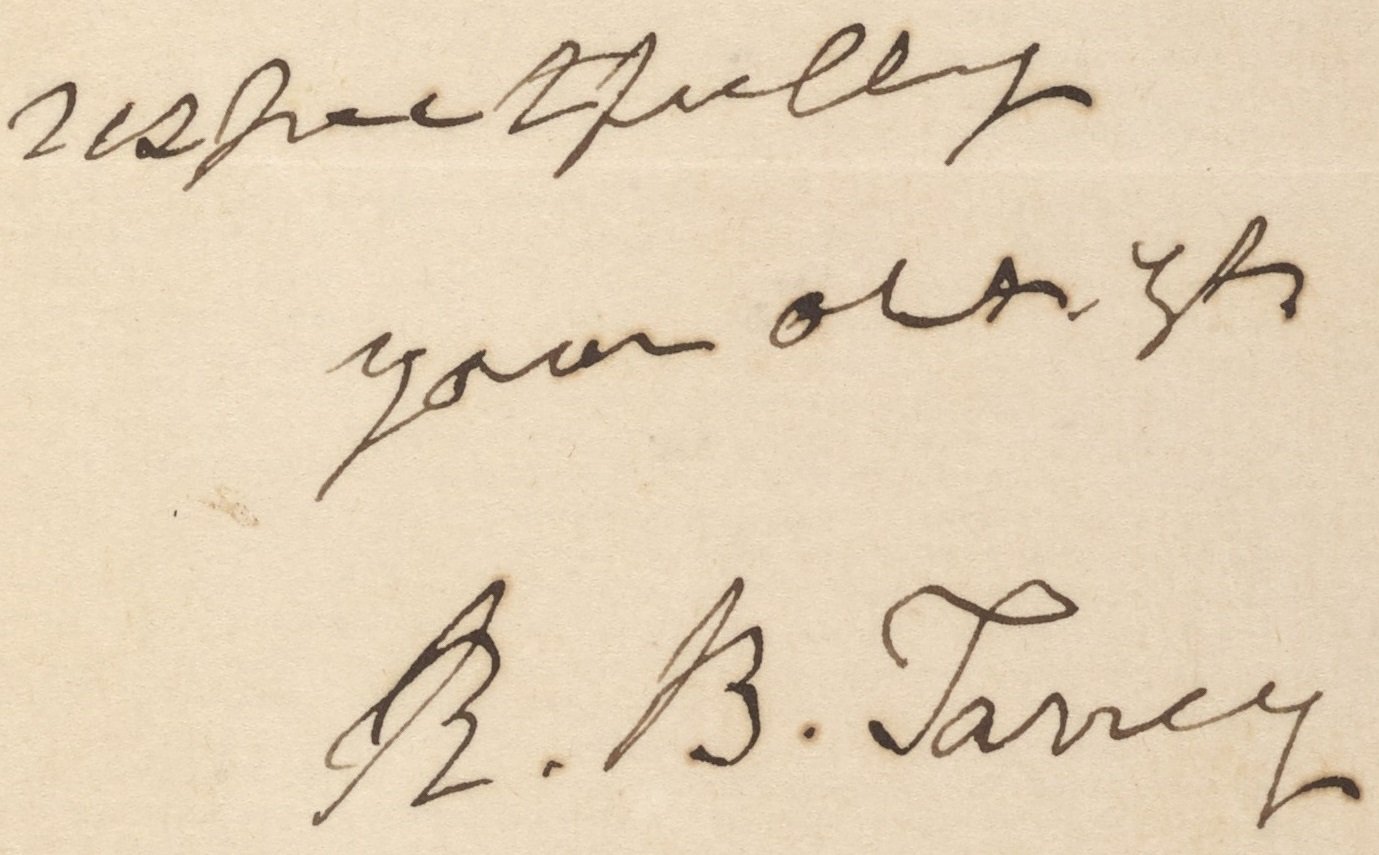 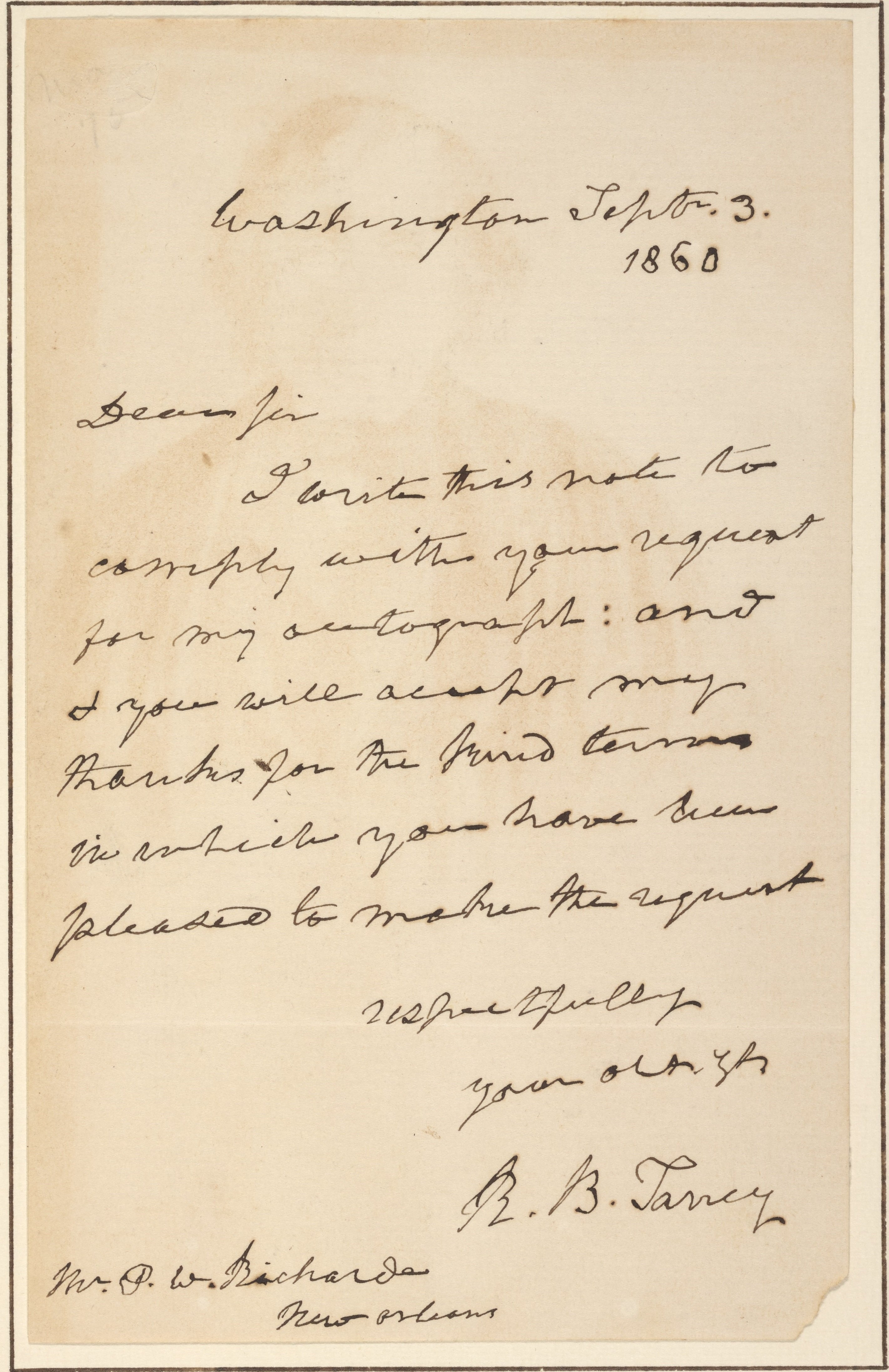 I write this note to comply with your request for my autograph: and if you will accept my thanks for the kind terms in which you have [been] pleased to make the request.

About the Taney Court and the Dred Scott Case

At the time that he sent this letter, Roger Brooke Taney was serving as Chief Justice of the U.S. Supreme Court. The Court had recently entered the national debate about slavery with its 1857 decision in the case Dred Scott v. Sandford, 60 U.S. 393 (1857). Chief Justice Taney's majority opinion in that case, which held (in part) that people of African descent were not and could not be considered citizens under the U.S. Constitution, caused a national uproar and gained him both censure and applause from the American public. Shortly after the case was decided, one of the dissenting Justices on that case, Justice Benjamin Robbins Curtis, resigned from the Court.

For more about the Taney Court and the Dred Scott Case, see:

About the Election of 1860 and the Impending Civil War

This letter was sent just two months before the 1860 election, in which Abraham Lincoln was elected President of the United States. By the time President Lincoln took office in March of 1861, seven states, including Louisiana (where the recipient of this letter from Chief Justice Taney lived), had declared their secession from the United States.

For more about the Election of 1860 and the Impending Civil War, see:

Roger Brooke Taney began his career in Maryland, participating in politics, the private practice of law, and banking. After serving briefly as the Maryland Attorney General, he was nominated to serve as acting Secretary of War by President Andrew Jackson in 1831 after all but one of Jackson's cabinet members resigned. He established himself as a political ally to Jackson, who then named him Attorney General. As Attorney General, he argued that the national bank (the Second Bank of the United States) was unconstitutional, and during his brief service as Jackson's acting Secretary of the Treasury drained the bank of federal funds and transferred the funds to state banks. Taney's nomination as Secretary of the Treasury was rejected in 1834, the first time the Senate rejected the nomination of a cabinet member.

For more about Roger Brooke Taney's life and career, see: