Collections & Exhibits > Exhibits > A Voice for Justice: The Life and Legacy of Ida B. Wells > Mob Violence and Anti-Lynching Campaign

Eight Negroes lynched since last issue of the Free Speech. Three were charged with killing white men, and five with raping white women. Nobody in this section believes the old threadbare lie that Negro men assault white women. If southern white men are not careful, a conclusion will be reached which will be very damaging to the moral reputation of their women.

From the "Memphis Free Speech" newspaper published on May 21st, 1892.

In 1892, three African American men, one of whom was a close friend of Ida B. Wells, were charged with “maintaining a public nuisance” after defending The People’s Grocery in Memphis store from an armed white mob. In the middle of the night, seventy-five outraged white citizens stormed the jail, seized Thomas Moss, Will Stewart, and Calvin McDowell, drove them beyond the city limits, and viciously beat and shot them to death. The March 11th article “To Punish the Lynchers: Memphis Negroes Thirsting for Vengeance” recounted that Wells’ friend “Tom Moss begged for his life for the sake of his wife, child and his unborn baby.” This, among other highly specific details concerning the conditions in which the bodies were found, suggested that the writer had either been an eye-witness to the crime or received their facts from one who was. 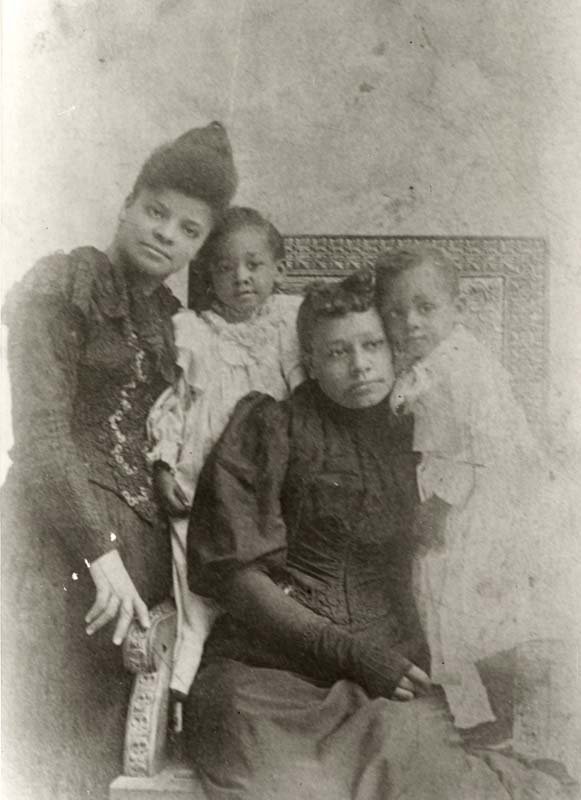 Photo, Ida B. Wells with family of Thomas Moss, Sr.

Ida B. Wells (left), with the family of Thomas H. Moss, Sr., Maurine, Betty, and Thomas, Jr. Mr. Moss, a postman and grocery store owner, was lynched in Memphis, Tennessee, 9 March 1892. The photograph was taken in Indianapolis, Indiana where his wife and children had relocated after the murder.

The horrific deaths of Moss, Stewart, and McDowell were representative of the pattern of white mob violence that targeted African American men and women across the South, and this event spurred Wells to set her sights on fighting against lynching and mob violence. She expressed her skepticism regarding the public justifications for lynchings (such as accusations of rapes of white women) in The Memphis Free Speech and investigated many cases.

Wells published her findings in her famous pamphlet Southern Horrors: Lynch Law in all its Phases with an introduction by her friend and fellow activist Frederick Douglass and in several columns of local newspapers. Her words were met with outrage and the threats became so severe that Wells eventually fled Memphis for New York, where she received an offer to write for and become part owner of The New York Age, a prominent black newspaper. She wrote about her experience and her lynching investigation, and distributed ten thousand copies of her article around the country. Eventually, she left New York and moved to Chicago in 1893.