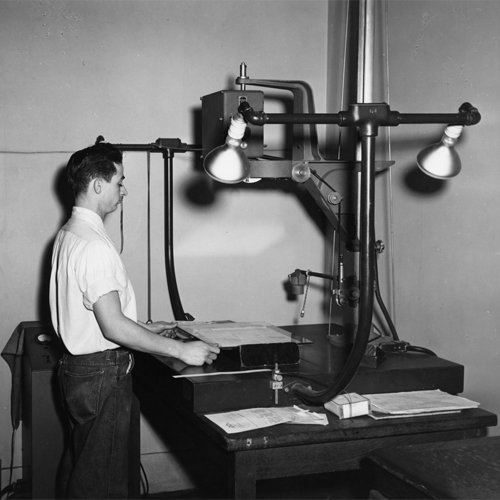 Library Technology from Days Past

Libraries early on developed photoduplication services.  Crerar was one of the first libraries in the U.S. to use photocopying of library materials in place of loaning the pieces.  The service was established in 1912.  In Crerar Library’s 1912 Report of the Librarian the service was described in detail:

“It was thought it would to some extent relieve the Library from granting requests for inter-library loans, and it has done this, but it was not foreseen that there would be requests for copies of ornamental alphabets, lace patterns and portraits…The charge made for the service is twenty five cents for the first sheet and ten cents for each additional sheet.”

The photoduplication service was expanded in the following decades to include copying of microfilm, microcards, and enlargement prints from microfilm among other things.
Now most photoduplication for patrons at the library is digital and done by electronic scanning of articles, book chapters and other materials through the Library’s scan and deliver service. 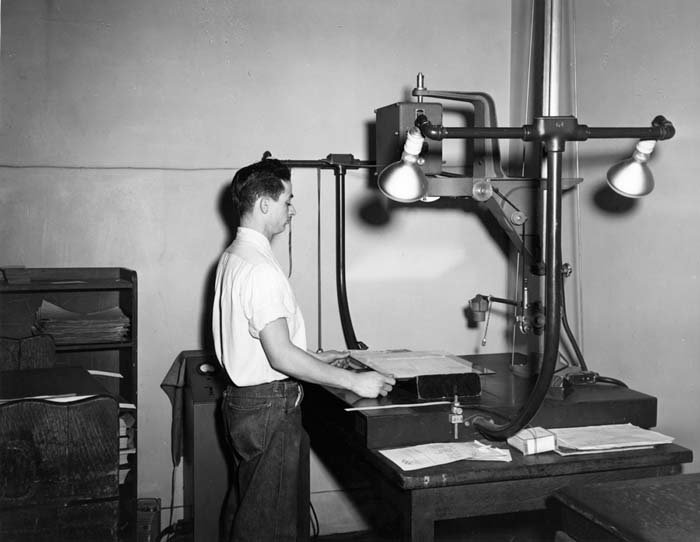 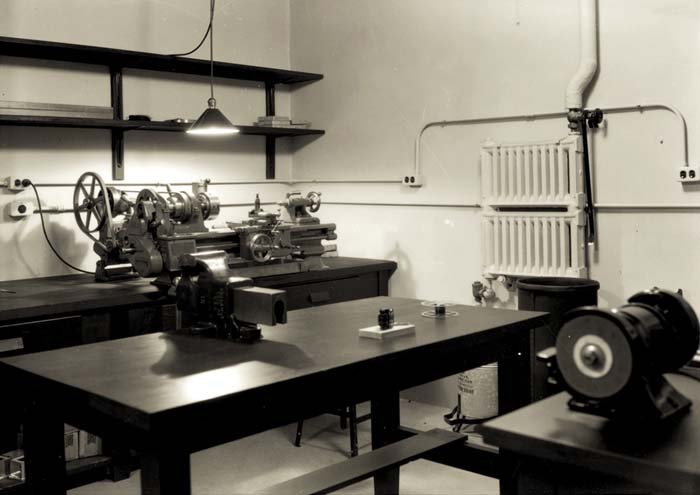 Photoduplication machinery in the University of Chicago Library circa 1937