In celebration of Earth Day, the University of Chicago Library is spotlighting spatial data resources for environmental research and learning.

The University of Chicago Library Map Collection holds land cover and geologic maps and data from the United States and around the world. Land cover maps show the distribution of physical features on the surface of the earth, such as forests, wetlands, crops, and grasslands. Geologic maps show the location of rock strata and geologic features such as faults and folds.

The land cover and geologic maps cover a wide time period, include historical maps from the 19th century, like the beautiful 1884 geologic map of Central Asia pictured here. More recent maps are available as e-resources, such as National Land Cover Data that provides environmental, land management, and modeling applications from a consortium of U.S. federal government agencies. 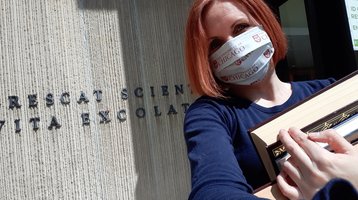 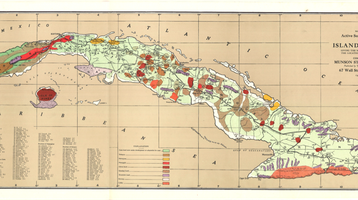 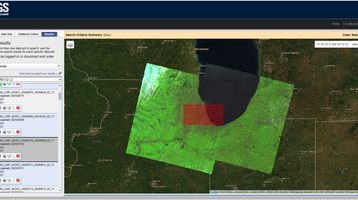