June is Pride Month for the LGBTQIA+ community. Pride began in June 1970 in the wake of the Stonewall Riots in Greenwich Village the year before. The first Pride Parade in New York City was held on June 28, 1970 and attracted several thousand marchers. Today, millions attend Pride events all over the world.

Already facing an increase in the likelihood of being the victim of hate crimes, recently a record number of new laws were passed that negatively impact transgender individuals. This article will summarize relevant laws at the federal and state levels as well as provide resources to learn more about laws targeting LGBTQIA+ individuals.

In Bostock v. Clayton County, Georgia (590 US _____ (2020)), the United States Supreme Court held 6-3 that Title VII of the 1964 Civil Rights Act protects gay, lesbian, and transgender employees from discrimination in the workplace. While a landmark decision, the holding did not extend to settings outside of the workplace. You can read about the decision and listen to the oral arguments here. For the filings and related cases, Proquest is a helpful source.

Currently awaiting action by the Senate, H.R.5, the Equality Act, would prohibit discrimination based on sex, sexual orientation, and gender identity in public accommodations and facilities, schools, employment, and other settings. The bill would also prohibit denying access to bathrooms that match an individual’s gender identity. To view legislative history and documents related to H.R.5, check out ProQuest Congressional.

The ACLU maintains a helpful guide to legislation affecting transgender people. Easily navigable by topic, the site contains links to bills (both proposed and enacted) that discriminate against transgender individuals. Congress.gov also contains links to each state’s legislative sites. The National Conference of State Legislatures allows users to track bills across jurisdictions by subject matter.

For example, Montana recently passed SB 280 that only allows for a gender change on a birth certificate if the petitioner can show proof via court order that an individual’s sex was changed through a surgical procedure. As not all individuals who identify as transgender actually undergo surgery, this law keeps some transgender individuals from having their birth certificates reflect their gender identity, causing persecution and confusion.

Continuing with the same “bathroom bill” debates that have been raging over the past decade, Tennessee allows for individuals who claim to have been forced to share a bathroom with a transgender individual in a school building to sue the school district for psychological harm. As schools are often limited in funding, this may have the effect of a school district’s becoming afraid to accommodate transgender students for fear of being sued.

Want to learn more? Here is a list of other resources.

Diversity and Inclusion at University of Chicago 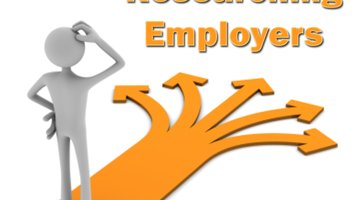