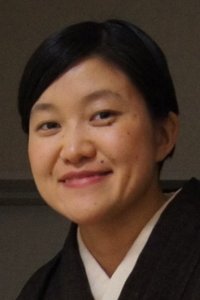 Ayako Yoshimura joined the University of Chicago Library in June of 2015 after completing a Ph.D. in folklore at the University of Wisconsin–Madison, where she also served for five years as Japanese studies bibliographer. While remaining active internationally as a folklorist, Ayako offers Japanese-studies reference services to students, faculty, and independent scholars from all disciplines across campus and beyond.

Publications (and other activities):

“Grocery Stores as Sites for the Study of Material Communication: Ethnographic Guidelines.” In Culture Work: Folklore for the Public Good, edited by Tim Frandy and B. Marcus Cederström (Madison: University of Wisconsin Press, 2022), 246–54.