A Book by Its Cover:

Collections & Exhibits > Exhibits > A Book by Its Cover: Decorative Book Bindings from the Medieval Codex to Contemporary Artists' Books

A Book by Its Cover: Decorative Book Bindings from the Medieval Codex to Contemporary Artists' Books

Is it wrong to judge a book by its cover? Undeniably, a first encounter with any text is shaped the book’s outward appearance. A book’s spine, covers, edges, even its shape, all say something about where that particular text comes from, who it may be speaking to, and how it may be regarded by the people who made it, bought it, sold it, and owned it—now and in the past. A Book by Its Cover examines the development of bookbinding in the West and considers how innovations in structure, decoration and design are used to transform a book’s paratext into an essential part of the textual whole. Works on view include treasure bindings, fine bindings from the Guild of Women Binders, and artist’s bindings – Karen Hanmer’s patchwork binding for Mary Shelley’s Frankenstein, for example—in which the books’ covers can be read as integral to the narrative texts they envelop. 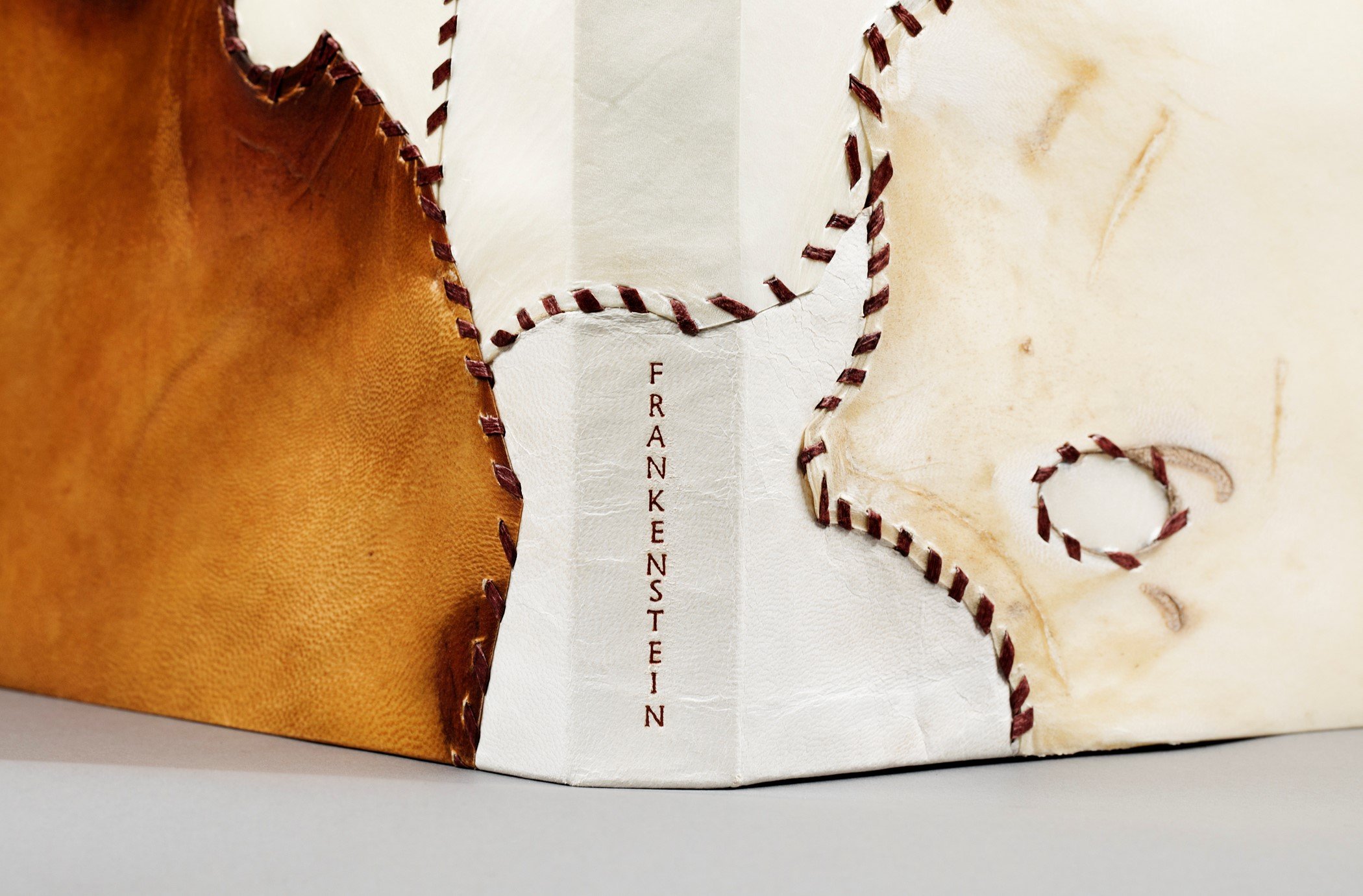 Frankenstein, or the Modern Prometheus, with woodcut illustrations by Lynd Ward

Bound by the artist Karen Hanmer, 2018