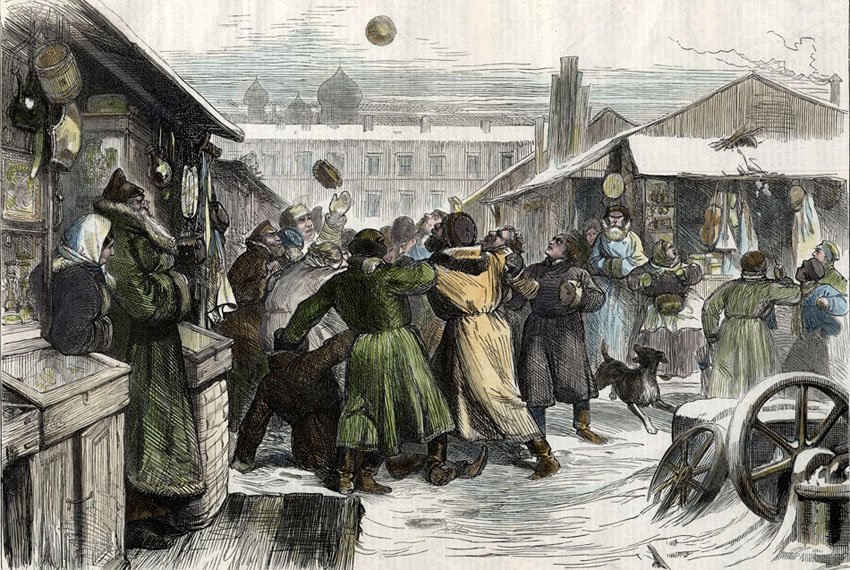 Most European Jews, of course, did not spend most of their waking hours engaged in prayer, ritual practice, or even study, but rather at work and (far less) at leisure.  European Jewish life was also characterized by movement: Jews migrated often, forced by persecution or expulsion; or in search of relief from a life of poverty, or a world with wider political, cultural, social, or religious horizons. The images in this section and the "Images of Jews at Work" section illustrate those other aspects of life, from the extreme emotions of joy of a ball game in the snow and the devastation of the crowd waiting at a train station after their expulsion from Saint Petersburg, to the everyday ordinariness of the inspection of kosher meat or polishing shoes, and finally the kitsch representation of immigrants arriving in the "land of plenty."