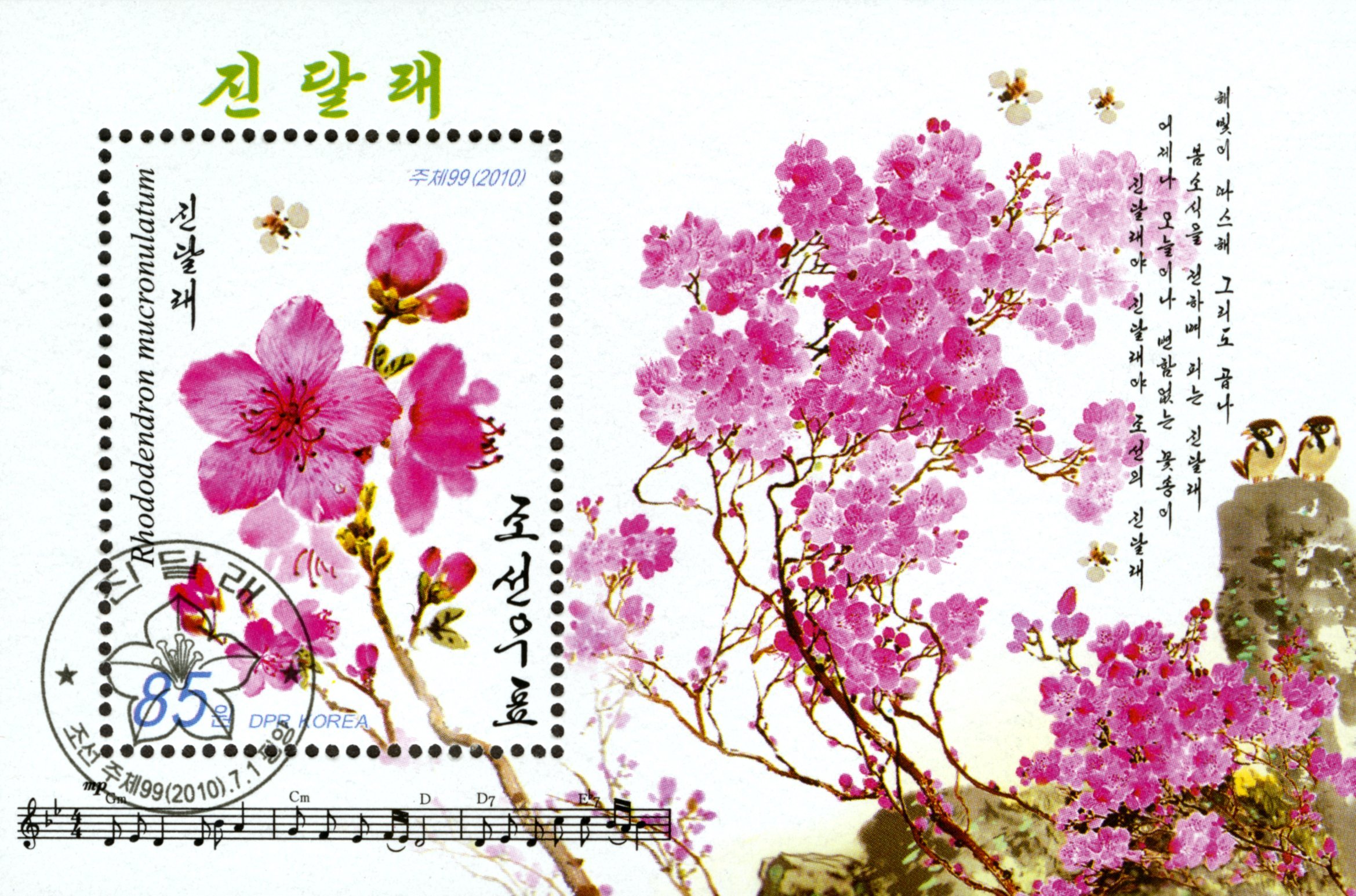 This painting shows pink azalea flowers circled by bees, beside a rock upon which two small brown-and-white birds perch. The momentary blooming of azaleas signals spring’s arrival in Korea, and thus the flowers have long been artistic symbols of beauty, its rebirth and its transience. As the story goes, upon Kim Il-sung’s return from Manchuria in May 1939, he and his officers were overwhelmed by transcendent feelings of home upon seeing the mountainous landscape blanketed in the pink flowers. Representing “the spring of liberation,” azaleas remained the floral symbol of North Korea until 1964, when the magnolia [목란; mong’nan] was officially designated national flower. The vertical writing to the right displays the lyrics to a song composed in 1962 by Kim Jung-il, dedicated to the memory of his mother Kim Chong-suk (1917-1949), whose ephemeral life and simple beauty are reminiscent of the azalea. Below is a literal translation of the verse:

How come you are so beautiful, is it because the sunshine is warm? / Blossoming azaleas tell of spring / Everlasting flowers, today, tomorrow / Azaleas, azaleas, azaleas of Joseon