About > News > How the University’s first Ph.D. graduate strengthened ties between Chicago and Japan

How the University’s first Ph.D. graduate strengthened ties between Chicago and Japan

Eiji Asada, who earned his doctorate in 1893, helped bring English education to his native country

In the late 1880s, a young Japanese scholar named Eiji Asada came to the Chicago area to pursue a bachelor’s degree in theology. He took a summer course from William Rainey Harper, and the two developed a friendship based on their shared interest in Semitic studies and linguistics.

When Harper became the first president of the University of Chicago, he convinced Asada to pursue graduate studies at his new university. There, Asada studied theology and linguistics, graduating as the University’s first Ph.D. recipient on June 26, 1893—a milestone for the institution, which had been founded three years earlier.

“It will never be forgotten here that you were the first doctor of the University,” Harper proudly wrote to Asada in a letter dated February 1894. Nevertheless, for most of the 20th century, the details of Asada’s experience in Chicago and his professional career in Japan fell into relative obscurity.

Today, Asada is understood to have been an important figure in the cultural exchange between the two countries at the turn of the century. As a leading linguist who corresponded in French and German as well as English and Japanese, Asada is credited as one of the first to facilitate and promote the teaching of English in his home country.

We now know that Asada was the author of the first widely-used English textbook for middle school-age Japanese students, thanks to the archival work of late University of Chicago Japanese studies librarian Eizaburo Okuizumi, who died in 2013. In 1989—a century after Harper taught Asada—Okuizumi discovered proof of the scholar’s authorship, finding the original textbook manuscript in a collection of papers that Asada’s family had kept and later gifted to the University.

Asada also translated Semitic languages such as Hebrew and Aramaic for his research. According to Ayako Yoshimura, UChicago’s current Japanese studies librarian, he was an early proponent of Esperanto, the constructed language meant to make international communication easier.

In addition to his work as a linguist, Asada studied religion and other subjects: His UChicago dissertation was titled “The Hebrew Text of Zechariah 1–8, Compared with the Different Ancient Versions.” He even wrote an explanation of Japanese poetry and metered verse, including the popular haiku form, for English-speaking readers.

Yoshimura started getting questions about Asada soon after she joined UChicago Library in 2015. “One person even asked whether we sold goods commemorating his graduation,” she recalled. In 2018, a journalist from Japan also asked her about Heita Okabe, another Japanese student who attended the University in its early years and was credited with introducing American football to Japan after playing for UChicago under coach Amos Alonzo Stagg.

Around that same time, a former Hyde Park-area resident shared some stories about the neighborhood’s rich Japanese American history with Yoshimura after donating her mother’s kimono to Chicago’s Japanese Culture Center. By then, Yoshimura had realized there was potential for a deeper dive into the archives. “I thought: ‘I should know more about this history,’” Yoshimura said. “But if I’m doing the research, it would be best to share it with the community.”

Ultimately, Yoshimura produced “Nikkei South Side: Japanese and Japanese Americans in Hyde Park and its Vicinity,” on display at Regenstein Library’s Special Collections exhibition gallery through Jan. 28 and currently open to UChicago faculty, students and staff, and an associated web exhibit that is freely available to all. Collecting materials ranging from photographs to news clippings, letters, baseball jerseys and memorabilia from the 1893 World’s Fair, the exhibition looks at the complex history of the cultural exchange and community ties between the University of Chicago, Japan and the South Side of Chicago.

In its early history, the University enjoyed a vibrant relationship with Japan, such that there was even a baseball exchange program between the University of Chicago and Waseda University in Tokyo from about 1907–1911, with both teams visiting each other’s home fields.

Despite the strong early ties, however, sentiment changed during World War II. The display cases also include letters that illuminate the impact of Japanese internment and Japanese American incarceration, including the refusal by top University administrators to admit students of Japanese descent due to the University’s wartime contracts with the U.S. military. After the war, however, Hyde Park once again became a hub for Japanese Americans, many of whom moved into the Hyde Park/Kenwood area after the period of internment/incarceration ended.

Yoshimura said Asada was the first of many Japanese students to come to the University of Chicago in its early years. During the Meiji era, Japan was rapidly industrializing and adopting many Western ideas. As a result, elite students like Asada were sent to the United States to be educated, with the expectation that they would return and bring that knowledge back to Japan.

Asada was born in Hanaoka, present-day Kudamatsu in Yamaguchi Prefecture. He spent a year at Tokyo Imperial University studying science and mathematics, but became interested in Christianity and its history, changing his course of study to theology.

In 1889, he came to the U.S. to study at Garrett Biblical Institute on the Northwestern University campus, where he completed his bachelor’s degree. He also spent an academic year in New York City from 1891–92, studying at the Union Theological Seminary and Columbia University. Asada finished graduate school at the University of Chicago, where he became a well-known figure on campus.

In a 1914 remembrance, his friend Edgar J. Goodspeed—a fellow UChicago alum who later became a longtime faculty member—recalled the “congenial group of table companions” that he and Asada were a part of. They dined most nights in the University Commons with a large group of friends, Goodspeed said, and were occasionally joined by Harper and other University officials.

“The talk never languished,” Goodspeed wrote in the University of Chicago Magazine. “Night after night we used to linger after dinner was over and the other tables were vacant, to prolong our conversation.” Asada, who was especially sharp-witted and funny, often led the conversation: Everyone who knew him, Goodspeed wrote, felt “positive affection and pleasure” toward him.

After graduation, Asada became a professor at what is now the Tokyo University of Foreign Studies. He also served as president of the University of Chicago Club of Japan, giving a welcome address to Harry Pratt Judson, Harper’s successor as president, in 1914.

In his speech welcoming Judson and his wife, Asada noted that the shared experiences of all the guests—both Japanese and American—at the University of Chicago had created an opportunity to set aside diplomacy for conviviality: “No political speeches of delicate diction and careful wording are necessary,” Asada said. “We are of one family.”

Asada died on Nov. 9, 1914, at age 49. He had collapsed while reading in the library at the university where he worked. Two years after his death, his wife Mikako Asada published a collection of his correspondence and writings titled “The Memoirs of Dr. Asada.”

In 1993, the University welcomed five of Asada’s descendants from Japan to attend the June Convocation ceremony and mark the 100th anniversary of his graduation. Today, the University’s Center for East Asian Studies offers an annual prize in his honor, the Asada Eiji B.A. Thesis Prize, for the best undergraduate thesis related to China, Japan and Korea.

Editor’s note: Japanese names are traditionally spelled with the family name placed first. During the Meiji era, Japan began adopting Western naming conventions when transliterating names into English; there have been efforts in recent years to reverse the practice. In Eiji Asada’s case, Asada is the family name. It appears first in the convention used to describe the prize, but second in most journalism and English first-person accounts of Asada. 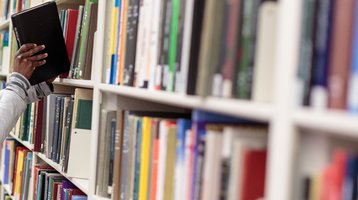 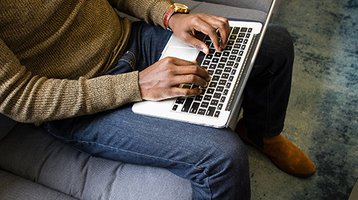