Timeline of Chicago Connections to the National Parks

Under the influence of George Wright, scientific research became integrated in the National Park Service's mission to conserve and promote areas under their control in the 1930s. World War II stalled the progress of scientific research in the parks. In the 1950s, Howard Stagner worked to redevelop research programs by supporting the establishment of an advisory board for Secretary Udall and calling on the National Academy of Sciences for research recommendations.

Several examples from the Charles E. Olmsted papers show how this scientific initiative had developed by the 1970s. Glen F. Cole provides an example of collaboration between scientists and the National Park Service where biologists “develop research goals” through “informal counsel” with National Park Service administrators and staff.

In "Ecosystems of National Parks," Houston states that “the primary purpose of the National Park Service in administering natural areas is to maintain an area's ecosystem in as nearly pristine condition as possible.” According to Houston, difficulties with upholding this ideal emerge because park ecosystems are not self-contained, defined by arbitrary boundaries, and subject to the activities of visitors. Similarly, in 1964, Grater highlights the difficulty yet necessity of preserving marine areas in national aquatic parks before ecosystems are permanently altered. 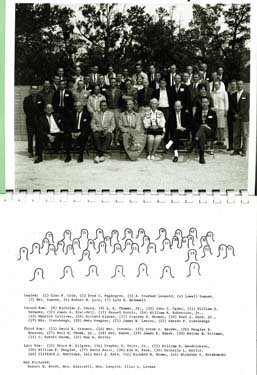