In August of 1919, Breasted and four companions began the first expedition sanctioned by the newly minted Oriental Institute. He put together a team consisting of students and former students, Ludlow Bull, William Edgerton, Daniel David Luckenbill, and William Shelton. Together they traveled through Egypt, Iraq, Syria, Lebanon, and Israel. Their goals were two-fold: collection and connection. They were tasked with purchasing antiquities to study and display in Chicago while also forging new professional relationships and developing networks that would lay the groundwork for future excavation at sites in these areas. This group included some of the first American archaeologists to survey the Middle East at this time. Breasted was very cognizant of the significance of this trip for the future of the Institute. As such, he worked hard to keep this not so merry band of travelers in good spirits as they encountered difficult traveling conditions, little sleep, and scarce food resources. Breasted himself struggled with loneliness as they traveled from England to Cairo through Egypt on to Bombay, then to Basra, Iraq, Beirut, Damascus and back to London via Cairo. At the age of fifty-four, Breasted had finally seen most of the sites that he had written about in his twenty-five-year career as an Egyptologist. It was during this trip that he purchased the Milbank papyrus, cuneiform tablets, Mesopotamian statuary, and cylinder seals, to name only a small portion of the objects that are still in the museum’s collection today. 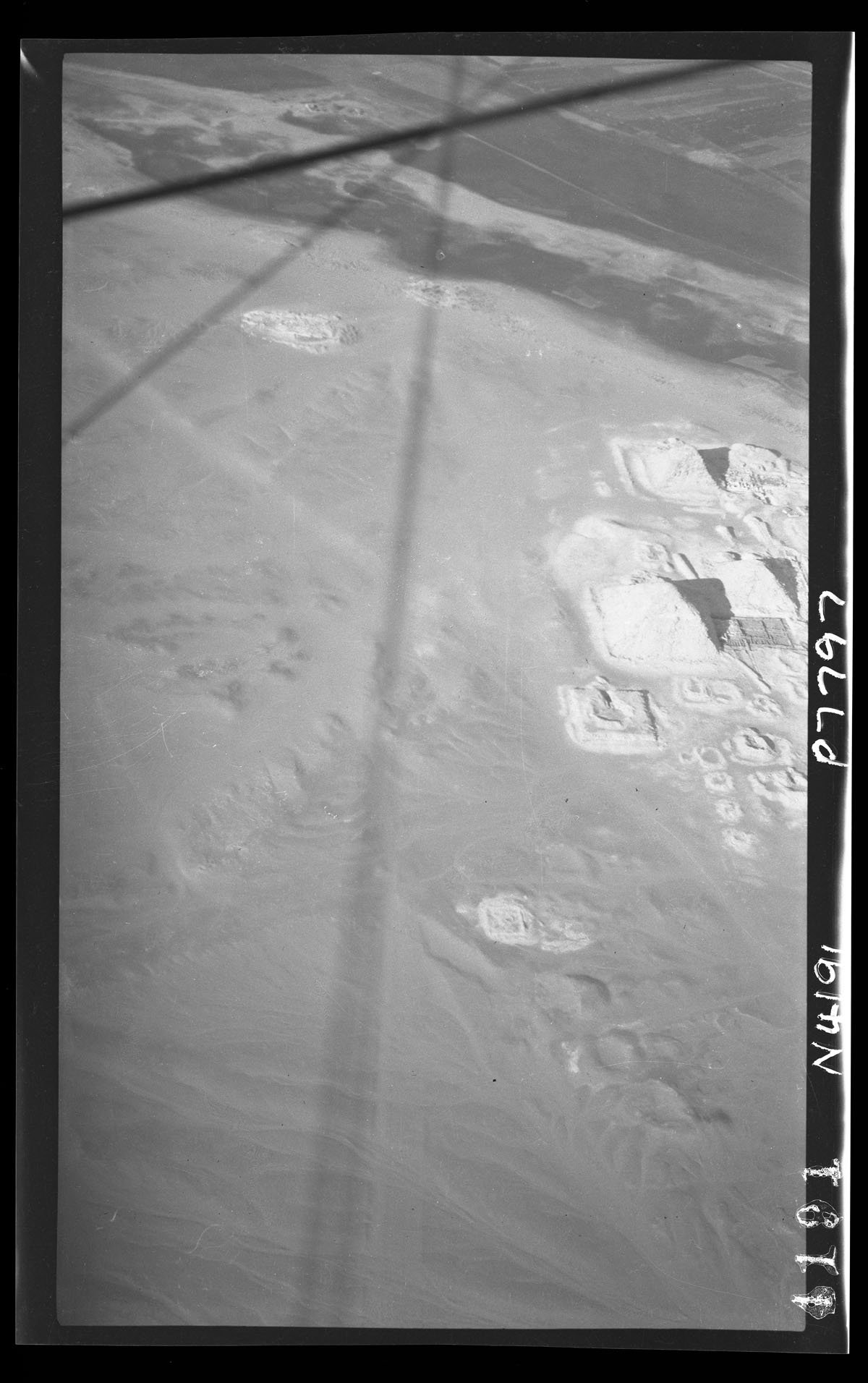 Aerial view taken by James Henry Breasted of the pyramids at Abu Sir. It was taken with a bellows camera in an open-cockpit plane.