This winged-bull, known as a lamassu from textual sources, was given to the OI by the Department of Antiquities in Iraq. The Assyrian sculpture was discovered in northern Iraq when archaeologists from the OI, including Edward Chiera, were excavating at Khorsabad (Dur-Sharrukin) in 1929. It originally guarded the throne room of Sargon II, King of Assyria (721-705 BC). The lamassu is a mythological hybrid, a protective deity known to “turn back an evil person,” that is composed of the head of a human, the body of a bull, and the wings of a bird. These figures are depicted in the Epic of Gilgamesh, one of the textual sources for the iconography of these figures.

The OI’s lamassu has five legs, which was typical for those created during Sargon II’s reign. This “double-aspect” causes the figure to appear to be standing or walking when viewed either from the front or the side, respectively. This winged-bull is almost five meters (16 feet) tall and weighs approximately 40 tons. The large sculpture fragments that were excavated at Khorsabad were packed in crates and transported to Chicago, where they were brought into the OI Museum through the wall of the gallery as it was being built in 1930. It was then restored and assembled on the same spot. Its massiveness required the floor to be reinforced and the building to be built around it, which ensures that the OI’s lamassu will never be moved to another spot in the museum or loaned to another institution. 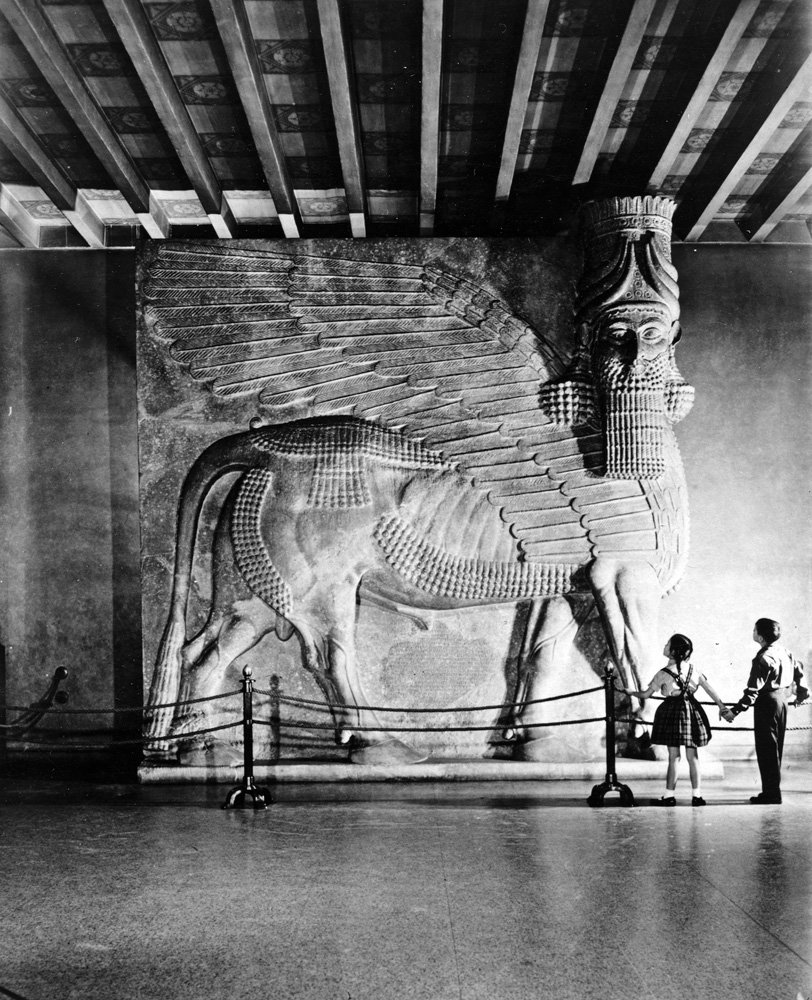