Collections & Exhibits > Exhibits > On the Edge: Medieval Margins and the Margins of Academic Life > Edges of the Academy

Edges of the Academy

Infamous for its intense intellectual rigor, scholarly life at the University of Chicago has been stereotyped as totally serious and at times even pretentious. With unparalleled academic achievements and eighty-seven Nobel laureates, some might simply say that the stereotype is justified, but students and faculty confront their reputation with lightheartedness. Students wear t-shirts with slogans such as “Where fun comes to die” that poke fun at their own seriousness and participate in many activities beyond the confines of the classroom, such as the Scavenger Hunt and Kuvia, a week-long January festival in which students wake up at 5 a.m. to do calisthenics with the Dean of Admissions. Although the Middle Ages and Renaissance were periods of spiritualism and scholarship, these manuscripts demonstrate both the serious and the playful elements in study and devotion in the fourteenth and fifteenth centuries. 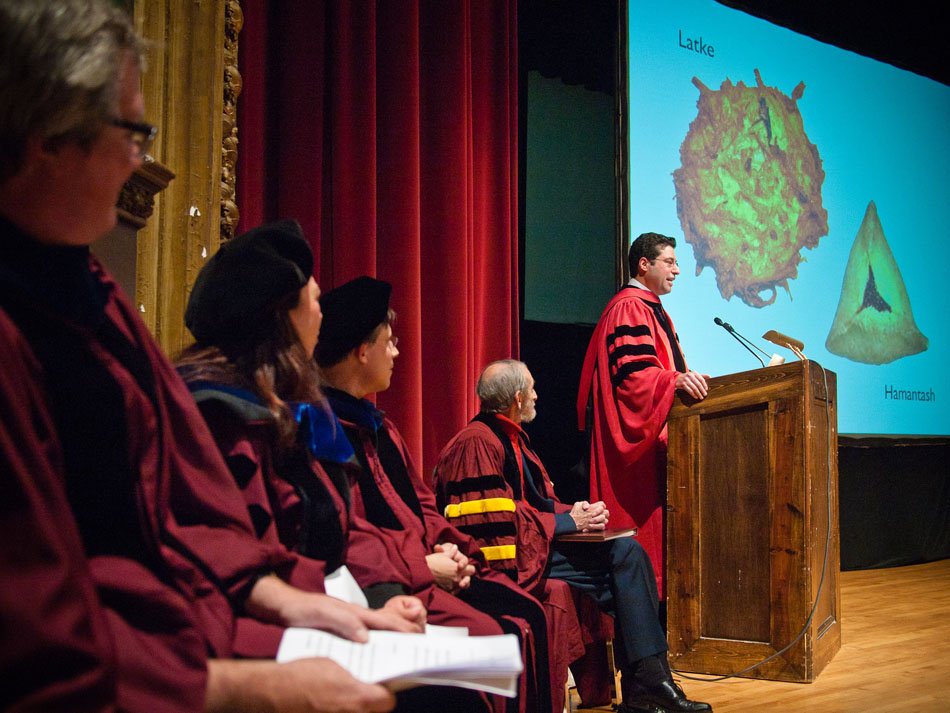 Professors listen to the introduction of the 2011 Latke-Hamantash Debate

The Latke-Hamantash Debate is an annual proceeding in which professors argue for the merits of one or the other traditional item of Jewish holiday food. The debate originated at the University of Chicago in 1946 to celebrate Jewish contributions to the academy at a time when they were often marginalized, as well as to spoof the seriousness of academic disputes.