Collections & Exhibits > Exhibits > East European Jews in the German-Jewish Imagination from the Ludwig Rosenberger Library of Judaica > The Ghetto Comes to Germany: Ostjuden as Welfare Cause

The Ghetto Comes to Germany: Ostjuden as Welfare Cause

From the Russian pogroms of 1881 until the outbreak of World War I in 1914, over two and a half million Jews migrated westward from Eastern Europe. Although America was the intended destination of the vast majority, Germany was the main gateway to the West, and the passage of refugees through German borders provoked fear of mass immigration. Despite their relatively minor presence within Germany, the concentration of Ostjuden in urban centers such as Berlin's Scheunenviertel created the appearance of a strong presence. Anti-Semitic discourse amplified this perception. The historian Heinrich von Treitschke denounced the impoverished Ostjuden who, according to him, leeched off of the German economy and then climbed their way into wealth and power. Ostensibly a response to the influx of East European Jewish beggars and peddlers, Treitschke's critique actually obscured the difference between the immigrant Ostjuden and native German Jews.

The response of German Jews to the immigrant question — or Ostjudenfrage — was mixed. At the organizational level, German Jews acted charitably toward the refugees, establishing aid agencies to fight for their basic rights and economic improvement. But most regarded the Ostjuden as a hindrance to German-Jewish integration, and many aid organizations therefore encouraged their settlement abroad. Theodor Herzl defined political Zionism along these lines as "a kind of new Jewish care for the sick." According to Herzl, the goal of political Zionism was to eradicate the poverty-stricken ghetto by facilitating migration to Palestine. Whether contemptuous or compassionate, responses to the plight of East European Jewry demonstrate the extent to which German Jews had dissolved Jewish national moorings. 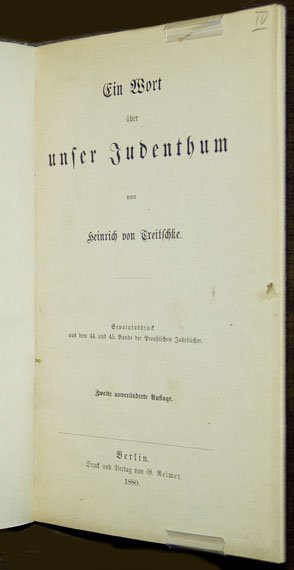 Treitschke refers to the Jewish "pants-sellers," conflating the two anti-Jewish stereotypes of the penniless Schnorrer (beggar) newly arrived from the East and the opportunistic parvenu who was already established economically in Germany's expanding cities. According to Treitschke's analysis, all Jews were unwelcome strangers and parasites on German soil. 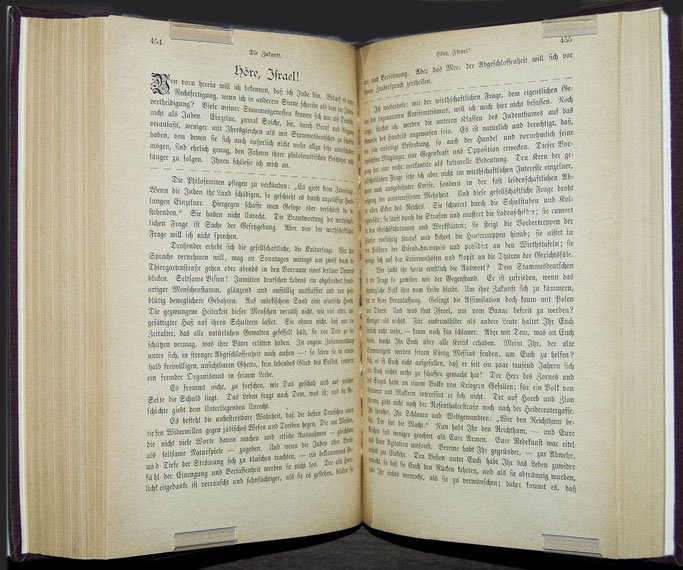 Prominent statesman and industrialist Walter Rathenau urged German Jews to cast off their "tribal attributes" and become "Jews of German character and education." In this severe critique of his fellow Jews, he evokes physical and racial stereotypes typically associated with the Ostjuden. 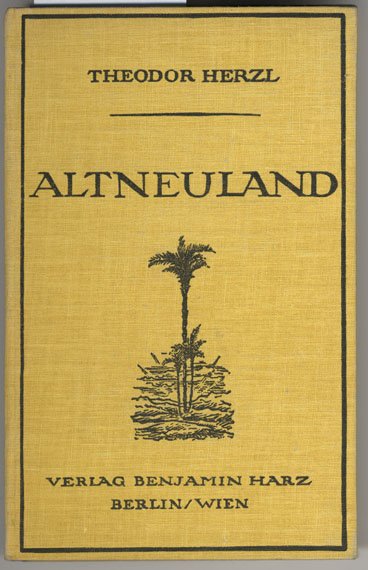 The protagonist of Herzl's utopian Zionist novel is an assimilated Viennese Jew whose Zionist loyalty emerges from his charitable relationship with a family of poor East European Jewish peddlers trying to make their way to Palestine. Until the 1930s, most German Zionists supported the movement through charity, rather than immigrating themselves, and thus were able to reconcile their Zionist affiliation with abiding commitments to Germany. 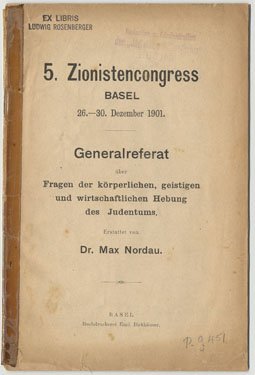 Nordau called for a "Judaism of Muscles" (Muskeljudentum) to transform the "nation of beggars and intellectuals" into an economically self-sufficient people. He identified the practices of early marriage, premature school enrollment, and long hours of academic instruction in "filthy" cheders (Jewish primary schools) as causes for the physical and emotional "degeneration" of East European Jews.